Fort Worth police detectives appear to be at a dead end on a Christmas Day murder investigation because they believe their prime suspect may have fled to Mexico.

Minerva Cisneros, 30 years old, was shot and killed around 3:30 a.m. on Christmas morning. Her body was found in the bedroom when officers arrived. Her boyfriend, 29-year-old Arturo Sigala-Villavicencio, had just driven away from the scene, according to neighbors. 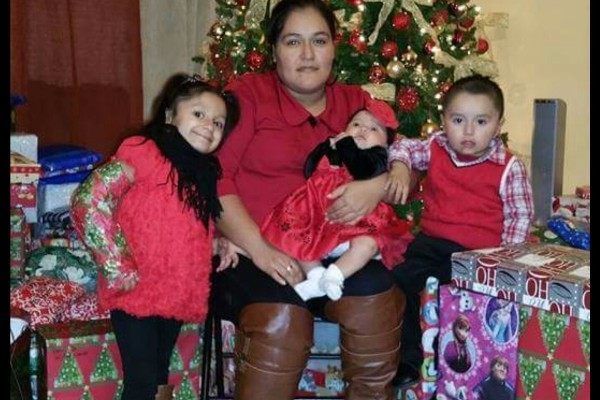 Cisneros was the mother of children with Villavicencio, who, according to police reports, simply drove away from the home on Donna St. in the Echo Lake area of the south side of Fort Worth.

Villavicencio was known to police from two previous arrests, including one for domestic violence with Ms. Cisneros being the alleged victim. She told police that she was choked by Mr. Villavicencio in August 2014. In April, 2015, he was no-billed by a Tarrant County grand jury.

He also had a previous conviction in 2009 for possession of cocaine. In that case, he served 30 days in the Tarrant County Jail.

Fort Worth Police Homicide investigators told the Fort Worth Star Telegram that Arturo Sigala-Villavicencio might  be found in the state of Zacatecas. That Mexican state is the scene of continued violence in the north-central Mexico. He reportedly has family in that area, according to Fort Worth police officer Daniel Segura in the departments’ media relations office.

To show the priority on this case, Crime Stoppers in Tarrant County is offering a $1,000 reward for information leading to Arturo Sigala-Villavicencio’s arrest. They’re asking the public for help, and to contact them at: 817-469-8477. In January, the organization added Sigala-Villavicencio to their Fort Worth 10 Most Wanted Fugitives list on their Facebook page in January.

Breitbart Texas reached out to the Fort Worth Police Department for additional information on the case. A response was not immediately available.

In December, the Tarrant County medical examiner listed the manner of the death of Ms. Cisneros as a homicide, caused by a gunshot wound to the chest, the Star-Telegram reported.

Fort Worth Most Wanted