The New York Times (NYT) decided to write about violence in Mexico. But, the publication chose to ignore the thousands of victims who have been kidnapped, raped, tortured, decapitated, dismembered, eaten, incinerated, or worse at the hands of cartel gunmen. The atrocity being reported by the American news outlet is that the Mexican military kills too many cartel gunmen and they are rough with the ones that they capture.

In their most recent article “Body Count Points to a Mexican Military Out of Control,” Mexico City reporter Azam Ahmed and Washington-based reporter Eric Schmitt take on the Mexican military for human rights violations claiming they kill too many cartel gunmen and rarely suffer losses of life.

While the NYT quotes American professors schooled in military strategy and warfare, they completely missed one key element in Mexico’s cartel war — that many cartel gunmen are in fact teenagers or young men, with minimal training on the high powered and illegal weapons given to them. The gunmen are used to taking on unarmed citizens rather than trained military or police forces.

As someone who has been in the middle of those gun battles, this writer can confirm first hand the difference between cartel gunmen wildly firing automatic weapons, at times injuring or killing bystanders, versus military forces in Mexico who tend to fire as few rounds as possible in an more accurate fashion.

The article by the NYT simply helps to re-affirm the old cliche that foreign correspondents simply have no clue about the realities of the country they are reporting from and continue to push their own beliefs with an international byline. While Mexico City denotes a certain mystique and danger, it is in fact a large metropolitan city with more similarities to New York City than the rest of Mexico. The city does have its crime; however, residents there are quite sheltered from the realities of brutal cartel warfare.

The fallacy from many foreign correspondents, including Ahmed, is that by reporting out of Mexico City and the surrounding areas, is they believe they have a deep understanding of the country.

Unlike other international reporters, Ahmed does not appear to have traveled to the border cities of Reynosa or Matamoros in the state of Tamaulipas where cartel gunmen are often seen riding in convoys raining gunfire at military or police forces not far from the Texas border. As a matter of fact, the New York Times has not reported on any of the atrocities that have taken place in northern Tamaulipas.

Just one day before Ahmed and Schmitt published their story criticizing the Mexican military, an army of Gulf Cartel gunmen clashed with authorities just south of Matamoros. During that large scale gun battle that went on for almost an hour, cartel gunmen and police forces fired thousands of rounds at each other. 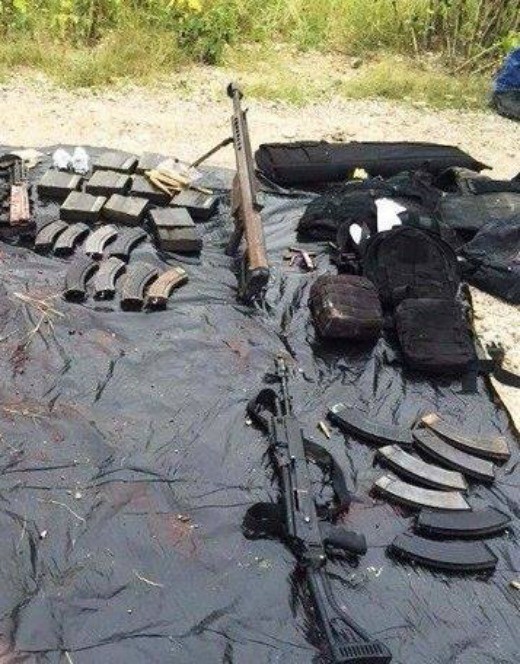 Photograph of the .50 caliber rifle and an AK-47 taken from the dead cartel gunmen after the battle.

The gunmen had been using automatic AK-47’s and .50 caliber Barrett rifles against police forces equipped only with AR-15 rifles. Based on the New York Times assertions, Mexican Federales likely violated the human rights of the cartel gunmen because they managed to kill five of them without suffering any casualties themselves.

The New York Times has also ignored the systemic extermination and incineration of innocent victims in the Mexican border state of Coahuila at the hands of the Los Zetas cartel. Breitbart Texas traveled to Coahuila to document the atrocities committed by that cartel, Mexican news outlets quickly jumped on board pressuring the government to investigate further.  However, the massacres in Coahuila have been ignored not only by the New York Times but also by U.S. mainstream media.

With all the attention being placed on the Mexican government for violating the rights of cartel gunmen by these foreign correspondents, one ends up questioning the correspondents decision to ignore the basic human rights of the hundreds of thousands of individuals who have been victimized by Mexican drug cartels without any real consequence.