EDINBURG, Texas — Community organizers for higher taxes were accused of lying to low income voters to when pushing a petition for ballot access. Despite the validity of some signatures being questioned, county officials accepted them and voted to include the proposal in the November General Election.

On August 8, members of Valley Interfaith and La Union Del Pueblo Entero (LUPE) and other groups presented a petition with 144 signatures asking the Hidalgo County Commissioners Court to place the creation of a new taxing entity in the November general election ballot.

As previously reported by Breitbart Texas, a similar measure was defeated in 2014. Since then, politically-involved individuals are making another try at creating a tax district that would reportedly oversee low-income healthcare in the area as well provide funding for a medical school run by the UT System. Individuals opposed to the measure have argued that indigent healthcare and the school are fully funded by their respective entities. 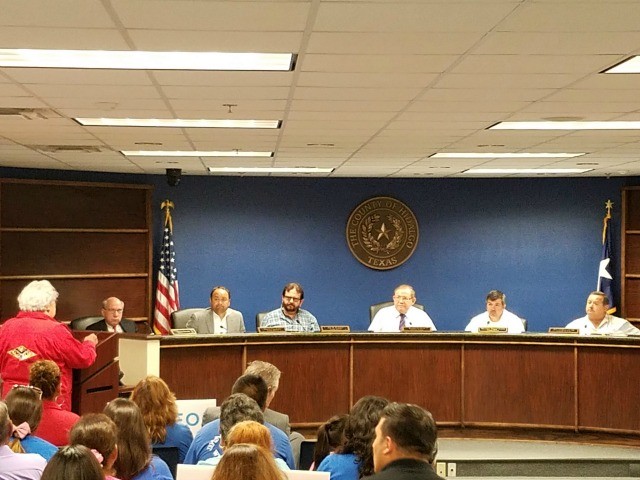 Protesters speak out against the new proposed taxing entity.

Controversy arose soon after when Ilda Garcia took to the podium to call out Valley Interfaith for having duped her husband into signing the petition without explaining to him what he was asking for.

“This is not right,” Garcia said. “He was not aware what he was signing.” 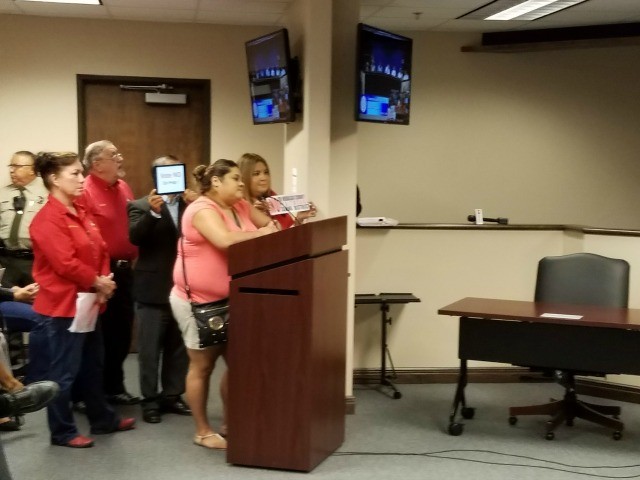 Ilda Garcia speaks out about community activist lying to her husband.

In addition to Garcia’s statements, Norma Saldaña, a local rancher who is also opposed to the new taxes spoke out. According to Saldaña, Valley Interfaith members went to various nursing homes and had “abuelas and abuelos” (grandparents) sign the petitions without explaining to them what they were signing.

Despite the allegations questioning the validity of the petition, County Judge Ramon Garcia moved the petition forward for the commission to vote on the measure. As reported by Breitbart Texas, Garcia is one of various local politicians that has received funds from a political actions committee dedicated to the creation of the new taxing jurisdiction.

Prior to the vote, County Commissioner Eduardo “Eddie” Cantu had a tense back and forth with Garcia over the wording of the documents that were in fact allowing the petitioners to set the tax rate and not the County. During that exchange, LUPE Executive Director Juanita Valdez-Cox began to talk to Cantu about the need for healthcare facilities for the poor and that county officials had turned a blind eye to local demands. Cantu told Valdez-Cox that he had been open to discuss the matter.

“You just need to vote on this and if you don’t support it, you need to tell us why,” Valdez-Cox lashed out at a surprised Cantu.  The vote by the commission passed with Cantu voicing his opposition to the measure.