A Texas sheriff’s office, overwhelmed with the numbers of the human remains of illegal immigrants, is getting help from other agencies across the state.

Brooks County has been overwhelmed with the deaths of illegal immigrants who are abandoned by ruthless cartel-connected human smugglers. Despite the increased efforts of local, state, and federal law enforcement agencies, Brooks County has seen an increase this year in the numbers of deaths of these aliens who are abandoned by smugglers and left to die when they become injured or cannot keep up because of exhaustion or dehydration.

“Finding the remains of 55 humans in this county of about 15,000 people is overwhelming for a sheriff’s office with seven deputies,” Sheriff-elect Benny Martinez told Breitbart Texas on Tuesday. Martinez is unopposed in Tuesday’s General Election and will become sheriff in January. “When a deceased immigrant is found, our office is tasked with recovering the remains, identifying the victim, and burying the remains. With our very limited resources this is a daunting set of tasks.” 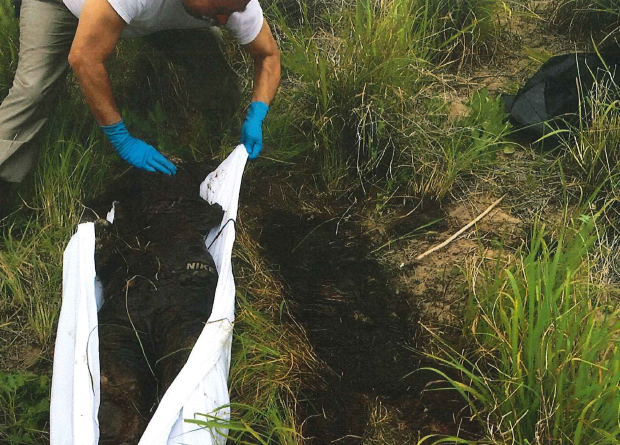 On Monday, deputies in Brooks County recovered what they believe to be the remains of a young man who had been reported missing by his family last year. “Unfortunately, no identification was found by the various skeletal remains we found,” he expressed with frustration. “The animals quickly scatter the remains making it difficult to find identifying documents or artifacts.”

The discovery of the skeletal remains raises the body count in this county located just north of Texas’ border counties to 55 for this year–outpacing last year’s numbers.

The Brooks County Sheriff’s Office has seven deputies to cover an area about the size of the state of Rhode Island. Often times, only one deputy is on duty to cover the entire county. “When a deceased immigrant is discovered, our deputy is tied up for several hours to process the scene and recover the remains,” Martinez explained.

“Recently, people have been questioning how long some of the remains have been in the fields,” the sheriff-elect told Breitbart Texas. “In this environment, it is only a matter of days before a body is picked clean by birds, animals, and insects and then bleached white by the intense sunlight in south Texas.”

“We have no way of knowing how long the body has been in the fields,” he continued. “The age of the remains does not affect what we are required to do, but I understand why people want to know.”

Martinez is now getting assistance from other outside agencies.

“Fortunately, we are now getting assistance from the University of North Texas in Denton, Texas State University and the Webb County Medical Examiner,” he said. “These agencies may have equipment to help age the skeletal remains we are finding.”

Following extensive coverage by Breitbart Texas and other media outlets of the human crisis in Brooks County over the past two years, the U.S. Border Patrol and Texas Department of Public Safety have increased their presence in the county to help find immigrants in the fields or on the highways before they are put in danger of a horrific death.

“We are grateful for the help we are getting from all these agencies,” Martinez concluded. “The increase of apprehensions in the county is reflective of the surge of illegal immigrants hitting out southern border with Mexico. Despite the best efforts of all of us, the numbers of immigrants coming into the county is still increasing — as are the corresponding deaths.”