A Bowie, Texas, company has made cowboy hats for famous personalities and now they have made a beaver belly fur and mink one for President-elect Donald Trump.

The hat is adorned with a gold and diamond trim hat band and has a silverish tone, as reported by the Wichita Falls Times-Record News. 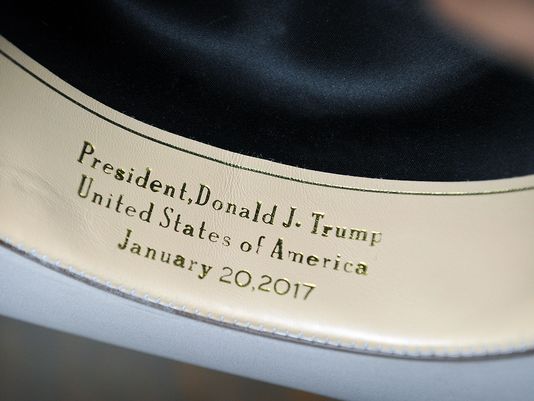 The publication reported that Trump noticed Texas Agriculture Commissioner Sid Miller’s hat and was introduced to the American Hat Company. Treasure Maddox, the daughter of the hat company owners and her friend Andrew Graves are acquaintances of Trump’s son, Eric. Eric Trump asked the hat company if they could make a hat for his father.

The hat made for the GOP presidential nominee and president-elect retails for $2,800. The gold lettering inside the hat says, “President, Donald J. Trump; United States of America; January 20, 2017.”

The American Hat Company has made cowboy hats for professional rodeo cowboys Freckles Brown, Jim Shoulders and Lane Frost, and is a top choice for ranchers, lawmen, and others who wear cowboy hats. Cowboy hats that have an “open crown” can be shaped to fit the buyer’s head at no extra cost.

According to the company’s website, the company was found in Houston, Texas in 1915. Three generations have continued the business since Sam Silver started the company, and it was sold to Bill and Billie George in 1984. The Georges had the company until 2003 when present owners Keith and Susan Maddox purchased American Hat and moved the company to the North Texas city of Bowie.

The Times-Record News reported that the hat company has made hats for television shows and movies such as “Urban Cowboys” and “Longmire,” and musical entertainers Lyle Lovett, Pharrell Williams, and the Zac Brown Band.

“If you think about it, the cowboy hat is probably the most recognizable piece of apparel on the planet Earth,” said Keith Mundee, president of American Hat Co to the Times-Record. “It’s very distinct. If you put me with a cowboy hat anywhere on the planet, someone’s eventually going to say, ‘Are you a cowboy?’ It’s the one thing that’s truly American; the cowboy is an iconic American symbol.”

This is the first time the company has made a hat for a United States President.