A man stepped out of his car near the end of a “routine traffic stop” and ambushed a Harris County Sheriff’s Office deputy on Friday afternoon. The execution of Deputy Sandeep Dahliwal came as he returned to his car after a pleasant conversation with the driver, officials stated. Dahliwal later died from his wounds. 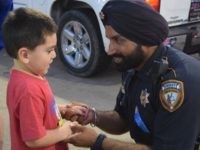 Police in Odessa, Texas, say a gunman armed with an AR-15 style rifle killed seven people and injured 22 others in a shooting rampage that began after a routine traffic stop on Saturday afternoon. Police say the shooter, whose name they released privately to media, acted alone in the shooting. He has a criminal record that includes evading police.

El Paso prosecutors say they will seek the death penalty against the man who allegedly killed 20 people and wounded 26 others in the mass-casualty shooting on Saturday. The U.S. Attorney’s Office says they will treat the shooting “as domestic terrorism.” 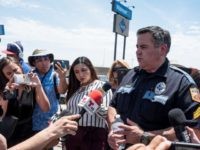 Police in El Paso, Texas, report 20 people died in a shooting at an area Walmart store Saturday morning. Earlier in the day, officials walked back their multi-shooter and gang-related terrorism statements. Officials say one suspect is in custody. El Paso police called an alleged manifesto a “potential nexus to a hate crime.” 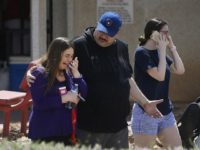 Elected officials in an East Texas community defiantly illuminated the crosses on their courthouse after an atheist organization told them to take them down. The move came after the county judge and commissioners voted unanimously to keep the four crosses on the county building. 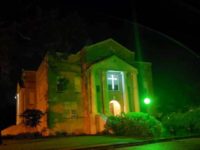 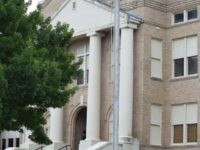 A noncitizen who was deported after he was convicted of an aggravated felony is asking the U.S. Supreme Court to find that the Constitution gives him a due process right to be informed that he has the right to allege “extreme hardship” before being deported. 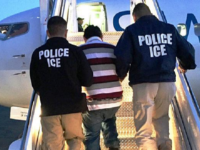 Two Mexican nationals are in custody after prosecutors charged them with felony weapons crimes. Law enforcement officers also arrested a twice-deported Mexican national for impersonating a federal agent. Officials came to the area after they were alerted that illegal immigrants were “periodically firing shots.” 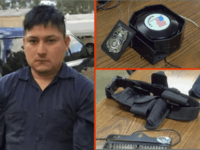 Texas Democrat Voters Turning Out in Record Numbers for Primaries

Democrat voters are turning out in record numbers in the primaries in the historically politically-red Lone Star State. Experts say the Democrat Party wants a robust primary so they can go back to these voters and get them out for the November election. 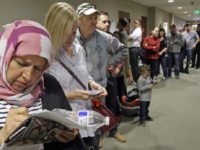 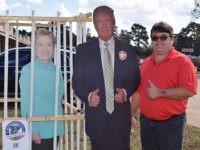 At least six schools in Texas have received terroristic threats in the two days following the school shooting in Florida that killed 17 people. In two other incidents, students brought a weapon to school. In another, someone made a frightening 911 call saying a teacher had been shot. 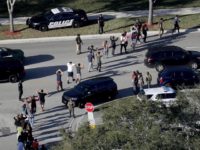 An Oregon hospital contacted an illegal immigrant on Tuesday and told her she could not be on the liver transplant list. The hospital stated it “requires proof of lawful presence for transplant services.” Now the hospital has done an about-face after the ACLU and others applied public pressure. 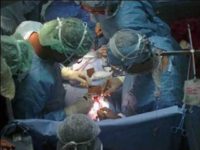 A funeral home in Texas is being sued by parents who say the business lost their 25-year-old daughter’s body. Lawyers questioned business owners about a subcontractor whose Facebook “profile picture shows two men singing, with a cover photo of a dark figure eating a severed limb, surrounded by headstones with the names of bandmates above the words ‘homicidal necrophile’.” 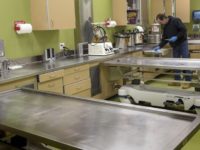 The Centers for Disease Control and Prevention estimates that “more than 500,000 women and girls in the United States are at risk of or have been subjected to FGM/C (Female Genital Mutilation or Cutting).” 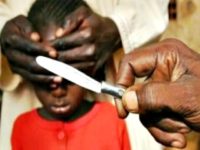 A five-year-old little girl has been burned and permanently disfigured after she was subjected to a Voodoo ritual. Fire blown over her face and cuts to her body were intended to banish the demon that her mother believed made her misbehave. 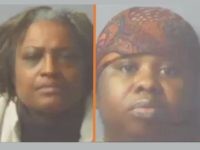 Texas is working to improve its revolving door psychiatric care system thanks to decades-long efforts of those with intimate knowledge of the problems. 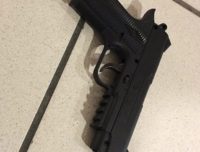 Houston Magazine OutSmart reports that at least 35 LGBTQ Texans are running for office in the 2018 primary and general elections–including governor and lieutenant governor contests. Five candidates identify as transgender. More than one-third are from Harris County. The publication added five to the list by Wednesday afternoon. 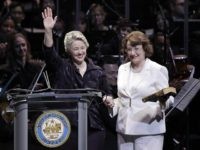 FEMA announced a new policy on Tuesday to end discrimination against churches, synagogues, and all places of worship. The policy announcement came after three churches in Texas and two synagogues in Florida filed lawsuits to secure disaster relief aid after recent hurricanes. 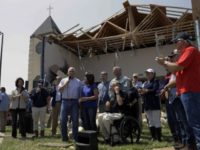 TRUMP: Deporting MS-13 Is Cheaper than Jailing Them

“Who the hell wants to take care of them?,” President Donald Trump told graduates of the FBI National Academy while speaking about the MS-13 transnational criminal gang. During his speech in Quantico, Virginia, the commander-in-chief said it was cheaper to deport the hyper-violent gang members than to jail them. 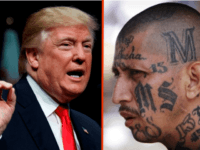 Former Texas Land Commissioner Jerry Patterson will challenge George P. Bush in the 2018 Republican Primary for land commissioner. Patterson served as commissioner of the Texas General Land Office (GLO) for 12 years before he left to run for lieutenant governor. Bush succeeded him in the office. 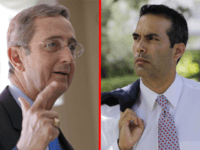 News reports and social media messages indicate there may have been a shooting at the Memorial City Mall on Saturday night. 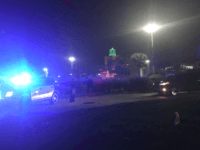 Texas Lieutenant Governor Dan Patrick has asked the State’s attorney general to expeditiously issue a legal opinion about Texas law governing concealed handgun license holders carrying in churches. He has also asked for a legal conclusion about congregations’ freedom from 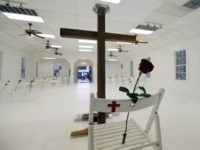 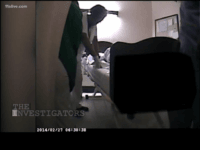 A liberal Texas activist group asked the U.S. Department of Housing and Urban Development to hold Hurricane Harvey relief funds and other grant monies from Houston until the City fully addresses policies that promote “racial discrimination and perpetuation of segregation.” 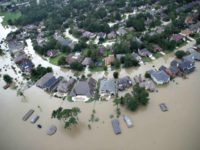 The First Baptist church shooter in Texas had a history of cruelty to animals, and he even fractured his step-son’s skull. Criminal experts warn about the link between violence to animals and people and they have a checklist of things to look for. 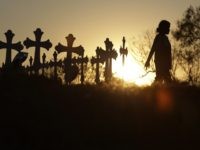 Texans faced the greatest mass murder in the state’s history on Sunday as an atheist gunman killed 26 people in a church. Liberal social media users wasted little time to mock prayer, Christians, and Republicans in response. 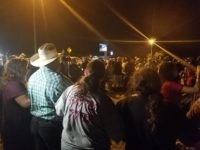 American Atheists joined forces with a Texas high school student and are suing the school district and her teachers. The high schooler claims she was harassed because she would not say the Pledge of Allegiance. The atheists and the girl’s lawyer assert that school officials have infringed upon her constitutional rights. 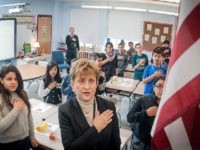 An article in Teen Vogue warns that wearing a Halloween costume that looks like a brick wall graffitied “THE WALL” spreads a “message of hate and discrimination.” 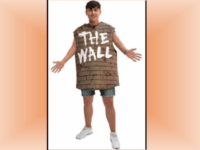 Texas Senior Sues After Being Suspended for Not Standing for Pledge

A Texas high school student has filed a lawsuit against the school district after she was suspended for sitting during the pledge of allegiance. Seventeen-year-old India Landry says, “I don’t think that the flag is what it says it is for, for liberty, and for justice and all that. It’s not obviously what’s going on in America today.” 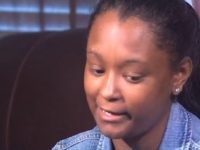 A jury found Alton Nolen, a.k.a. Jah’Keem Yisreal guilty Friday of beheading his co-worker. The Islamic convert is asking to be put to death for the crime. 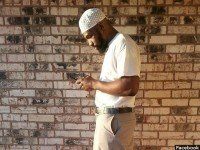