HOUSTON, Texas – Two Texas National Guardsmen were killed in a crash of an AH-64 Apache helicopter in the Houston Ship Channel on Wednesday afternoon.

Texas Lt. Governor Dan Patrick, who is acting governor while Governor Abbott is in Australia, posted the following on Facebook:

Our thoughts and prayers are with the families and friends of Dustin Lee Mortenson, 32, of League City and Lucas Maurice Lowe, 33, of Hardin, the two soldiers who were killed in a helicopter accident in Galveston Bay last night.

The following photos were posted on Mortenson’s Facebook page in July:

UPDATE 2:10 p.m. December 29: One of the crewmembers killed in the helicopter crash has been identified as CWO2 Lucas Lowe, age 33, KTRK ABC13 reported Thursday afternoon. Lowe’s wife is pregnant with twins, family members stated. The combat veteran served in Iraq in 2008. 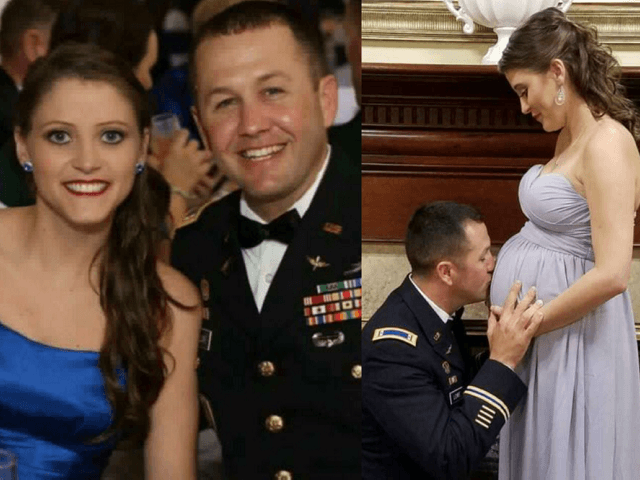 Wade McKinney, a pastor from Trinity, Texas, posted on Facebook, “I was privileged to be Luke’s Pastor for several years. I was his guest when he graduated basic training in Oklahoma. I have cheered his kids at local rodeos and have had long heart-rendering visits with him in person and on the phone.”

“Luke was the most polite gentleman and a true Patriot, Pastor McKinney continued. “He could not help but make you love him and his nature was one of total concern for others.
Please pray for his wife, children, and immediate family.”

The second aircrew member is reportedly from the Houston area. The Guardsman’s identity has not yet been released, pending family notification.

“It is with our deepest sympathy we tell you both service members on board the aircraft are deceased,” Texas National Guard Chief Warrant Officer Glen Webb told reporters during a press conference Wednesday night. “Our thoughts and prayers are with their family.”

The search for the wreckage and the effort to recover the bodies of the two aircrew members continues Thursday morning, according to KTRK ABC13.

Witnesses reported hearing a loud noise shortly before the helicopter crashed into the water near the Bayport Cruise Terminal in La Porte, Texas. The flight took off from Ellington Field in southeast Houston. The aircrew members were assigned to the 1-149th Attack Helicopter Battalion, Webb stated.

“Two soldiers were onboard the routine training flight,” Webb told reporters. “At this time, we are doing search and rescue operation trying to recover the wreckage.”

“I saw the black military helicopter spiraling down noise first,” John Roland, a witness to the crash, told reporters from KHOU CBS11. “It came down first, then another rotor came down.”

“It’s just got to be awful for them to be you know, you think if you are serving your country and you are home, you are on our soil, you should be OK,” Roland told the reporter. 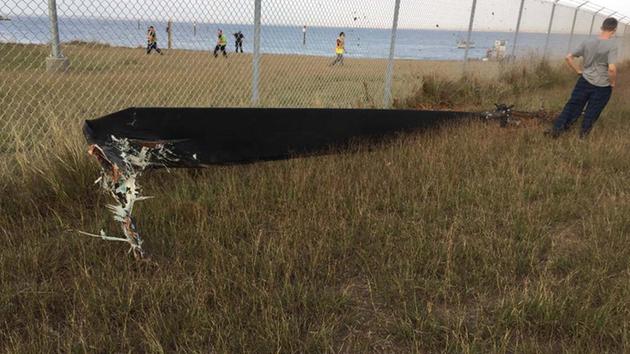 Reporters observed a portion of the aircraft’s rotor near a fence not far from where the helicopter entered the water.

One witness told KTRK, “I turned my head around as it passed over me and I heard this big boom.” Another witness said he dropped his fishing pole and rushed to the scene of the crash to try and assist.

It is with our deepest regrets that we announce both service members on board the aircraft are deceased. We are working on notifying their next of kin through proper military protocols and cannot release their names at this time.

Our deepest sympathies, thoughts and prayers are with their families.

The helicopter is a tandem-seated attack helicopter with two aircrew members. It is used for close ground support operations and tactical attack assignments. The pilot sits in the rear seat and the gunner sits forward. The combat unit stationed at Ellington Field has been previously deployed to support combat operations in Iraq and Afghanistan, a Houston newspaper reported.

During the press conference, Texas Air National Guard Master Sergeant Sean Cowher told reporters, “All we know is that our pilots are highly trained, highly qualified veterans who have been flying this aircraft for many years.”

From his official Twitter account, Texas Governor Greg Abbott sent a message of condolence. “Our thoughts & prayers are with the two Army Air National Guard soldiers & their families after today’s tragedy.” Other Twitter users tweeted out messages of prayer and support.

Our thoughts & prayers are with the two Army Air National Guard soldiers & their families after today’s tragedy: https://t.co/WL4uzsyQCR

After the wreckage is recovered, a complete investigation will be conducted by the Texas National Guard and other agencies.