Police also arrested Konrad Franco, 22, on charges of criminal possession of marijuana. Officials shut down the bar because of the numerous violations. 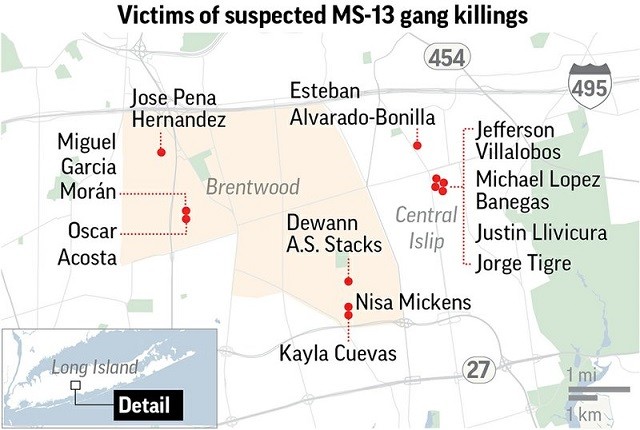 Patch.com reports those arrested at the El Capitan include:

Suffolk County Police Commissioner Timothy Sini told Newsday.com, “Wherever MS-13 hangs out, we want them to be uncomfortable and not able to do business. In case they haven’t gotten the message, they’re not welcome here.”