The police chief of a Texas border town says he welcomes the pending arrival of National Guard troops. The chief says the extra boots will be an important asset to his community’s safety.

“The bad people will think twice before crossing into this area,” Los Indios Police Chief Jose De La Rosa told KRGV ABC5. “We understand that they can’t do any arrest or anything else, just reporting and intelligence to the Border Patrol. But from there it will go to the local agencies that need the help.”

Chief De La Rosa said his department was founded two years ago and provides assistance to other nearby communities along the border. His department consists of two full-time officers and eight part-timers. The officers have a large area of responsibility, the chief said.

“We are the only city from Brownsville all the way to Santa Maria in Cameron County that has a police department. About 40 percent of our calls are assisting other communities here around us,” the chief told the local ABC affiliate.

The chief said he plans to meet with Border Patrol officials next week to learn how his department can be of assistance. He also wants to learn when the National Guard will reach his area. He said the troops will make his border town safer. 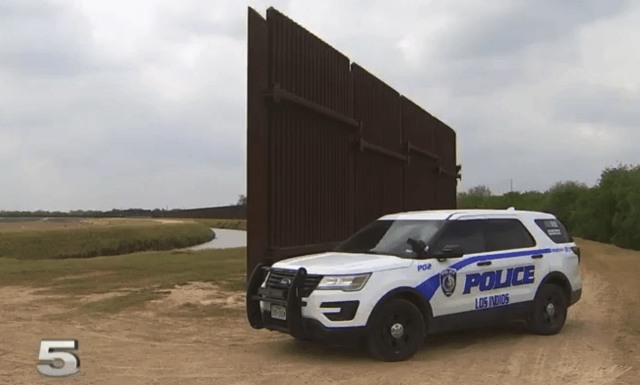 The border fencing in this portion of the Rio Grande Sector has multiple gaps that allow people to easily cross from Mexico.

Los Indios Mayor Rick Cavasos has been a vocal proponent of building a border wall near his community, ABC 5 reported. Until the wall can be built, the mayor says he would like to see the gaps in the fencing secured.

Cavasos added his own welcome to the National Guard and said the troops will be a positive change for his city.