The Laredo Sector has 170 miles of riverbank separating Mexico from Texas and zero miles of fencing or walls, says the local border chief–allowing Mexican drug cartels to move large quantities of drugs and human cargo into the U.S.

“These are highly equipped and highly capable adversaries that are causing all kinds of havoc in those border communities on a daily basis and it’s right next door to where we live,” Owens explained.

It is not surprising that the Mexican drug cartel known as Los Zetas picked this region to bring across its cargo of Syrian and Bangladeshi nationals who are paying upwards of $27,000 each, Breitbart Texas reported.

“When we talk about the different groups that are crossing into an area, what we’re trying to draw attention to is a more comprehensive look at our threat picture,” Acting Chief Patrol Agent Jason D. Owens told Breitbart Texas during a recent interview. “We need to stay away from just focusing on the family units and Unaccompanied Alien Children that are coming from Central America and Mexico. What the men and women of the U.S. Border Patrol are dealing with on a daily basis is so much more complex than that.”

Owens, a Georgia native, told Fox5 reporter Randy Travis that they are using all of the technology and manpower at their disposal but that a “wall” and appropriate fencing would be a big help.

Laredo Sector officials report that it only takes minutes for smugglers to cross someone over the river into Texas via a makeshift raft or floats. From there, the human cargo swiftly disappears into nearby stash houses until it is their turn to be transported northward to San Antonio, Houston, and points beyond. 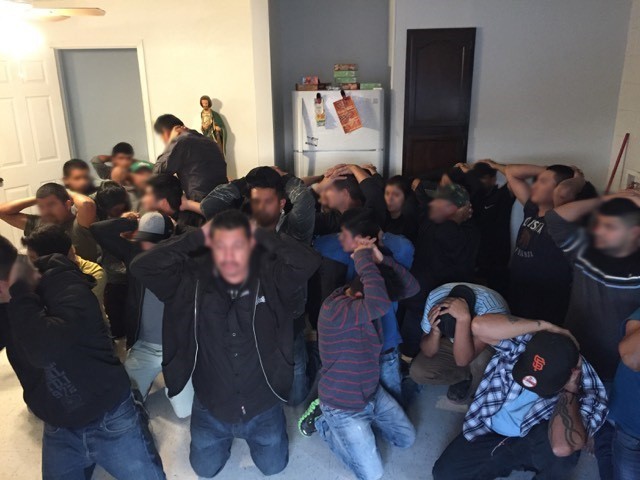 Border Patrol agents found 36 illegal immigrants in such a stash house earlier this month, Breitbart Texas reported. The migrants from Guatemala, Mexico, El Salvador, and Honduras were packed into a small house in an area known for frequent human smuggling activity.

Owens told the Fox5 reporter that no one crosses the border without the approval of the cartels.

“According to the Border Patrol, it will cost a Mexican $5,000 to cross,” Fox5 reported. “Central Americans: $10,000. But it’s the group paying as much as $20,000 each that most worry the Border Patrol these days: immigrants from Bangladesh.”

“It’s becoming a huge area of concern for us because the question becomes why are they coming across?” Owens posed. “Is it just to seek the American dream of the American way of life? The potential for threat is definitely there when you’re talking about somebody from a country with a terrorist nexus.”

“We have 170 miles of river border with Mexico. Not one mile of that border has a physical barrier,” Garza said. “We are wide open for these drug and human smugglers.”

“Every time they encounter someone, they don’t know who they’re dealing with and almost every time they’re significantly outnumbered,” Chief Owens told the Atlanta-based Fox affiliate. 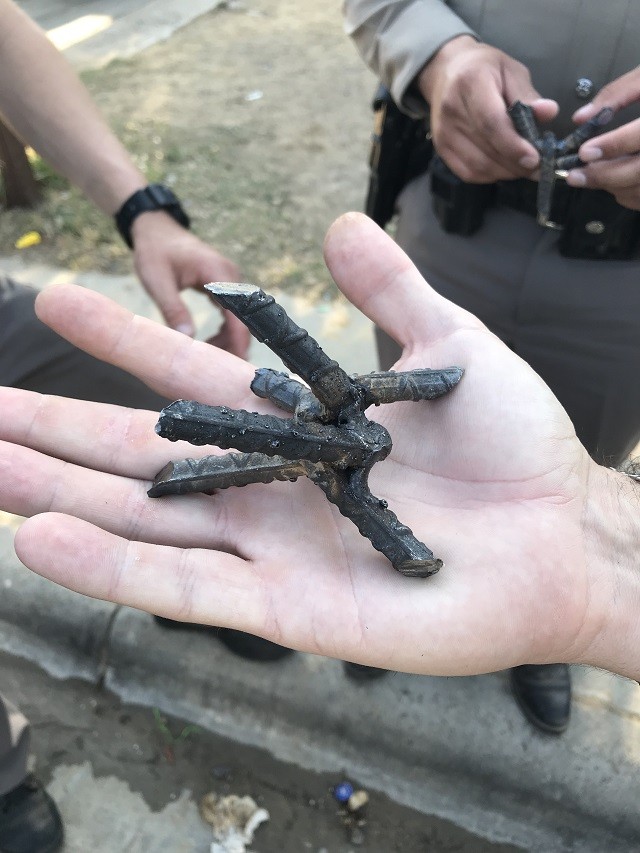 Recently, cartel-connected smugglers employed an even more dangerous tactic in their efforts to prevent agents from interfering in their illicit activities. The smugglers began dropping tire deflation devices known as “caltrops” in front of pursuing agents. At high speeds during a chase, a sudden tire blowout could cause a potentially deadly rollover crash, Border Patrol agents from the Laredo Sector said.

“Because of the weight and sharp edges of these devices, if one were to come through a windshield or strike an agent through an open window, it could cause serious injury or death,” an agent who did not wish to be identified told Breitbart Texas.

The agent said the caltrops are made of bent and sharpened pieces of rebar steel. “They are sharp enough to cut you when you pick them up,” the agent explained.

Chief Owens told the Fox5 reporter that the border towns are much different today than in years past. He said most agents will no longer cross the border into neighboring Nuevo Laredo during their off-duty times for entertainment and dining.