El Paso Sector Border Patrol agents witnessed what they believe to be the first use in their sector of a drone by cartel human smugglers to act as a “look-out.”

“Agents have discovered a new tactic in counter surveillance as they continue to apprehend large groups and gang members attempting to illegally enter the United States,” El Paso Sector Border Patrol officials stated. The tactic came to light as an agent monitoring the border with an infrared camera observed a small airborne object traveling north into the U.S. from Mexico. The object made its way about 100 yards into the U.S. before returning to Mexico. The agent observed this behavior three more times. 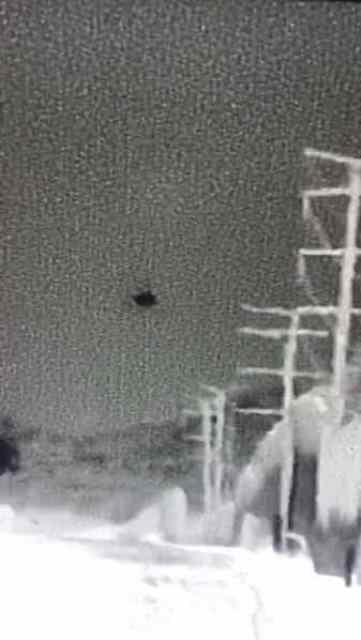 After the third penetration mission for the drone, agents observed a group of 10 migrants making their way across the border in the same area surveilled by the drone. “This is the first known time in recent history that a drone has been utilized as a ‘look-out’ in order to aid in illegal entries in the El Paso Sector,” officials stated.

The following day, El Paso Sector agents patrolling in southern New Mexico apprehended a previously deported gang member from El Salvador. The gang member was hiding within a group of Central American migrants, officials stated. In addition to the gang member, agents also apprehended a Salvadoran national with a criminal history that included a conviction in 2014 for “Contact with a Minor for Sexual Offense,” officials reported.

Earlier that day, agents patrolling in El Paso arrested Chavez-Ibarra, a 46-year-old Mexican national who illegally entered the U.S. The agents transported the Mexican national to the station where a biometric investigation uncovered a previous record of a gang affiliation and criminal convictions. Chavez has two previous convictions for felony re-entry into the U.S. He also has a conviction for burglary of a vehicle in Houston, and arrests for burglary, possession of cocaine, and felony burglary, officials reported.

Agents booked the gang members and the sex offender into local jails to await prosecution for illegal re-entry after removal.