Border Patrol agents contacted the Brooks County Sheriff’s Office on May 20 regarding the discovery of the body of a young woman on a ranch located east of the immigration checkpoint on U.S. Highway 281 near Falfurrias. Sheriff’s office dispatchers sent Deputy Bianca Mora to assist in the body recovery and reporting of the death, according to information provided by Brooks County Sheriff’s Office officials. 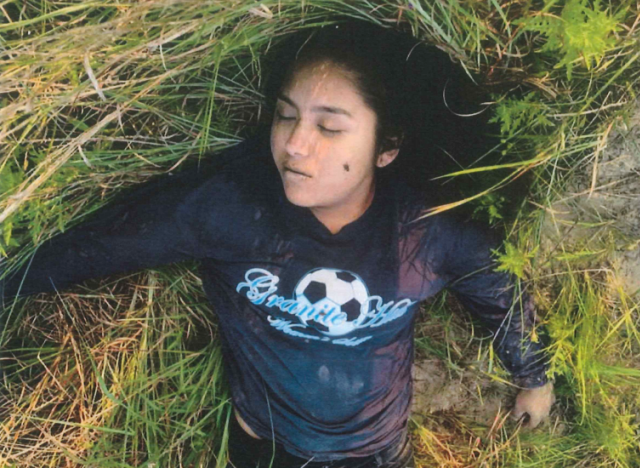 The 26-year-old migrant woman, identified by her brother as Antonia Calderas Marroquin, died while being led on a dangerous march through the arid ranchlands of the county. Her brother, 24-year-old Sergio Estuardo Calderas, said his sister complained of chest pains while they were traveling together through the brush, Mora reported. Her brother said she collapsed shortly after that.

He said he then picked her up and carried her for some distance. When he stopped, he said he realized she had died.

When Deputy Mora arrived on the scene she reported finding the woman laying on her back with her arms spread.

A local justice of the peace made the statutory death proclamation and a funeral home took possession of the body to transport her to the Webb County Medical Examiner’s Office in Laredo, Texas. The medical examiner will conduct an autopsy of the remains before returning the body to the woman’s family.

“This is the time of year where we begin to see more deaths,” Brooks County Sheriff Benny Martinez told Breitbart News. “After a long and dangerous journey through Mexico, these people are often not physically prepared for the arduous march through the soft sand found on these ranches. That, combined with the growing heat and lack of water, takes an immediate toll on these migrants.”

Martinez said this is the eleventh body found in his county so far this year. Two days earlier, a search team organized by the South Texas Human Rights Center found three bones while searching on another ranch in the same area. Officials reported the bones showed evidence of animal damage. 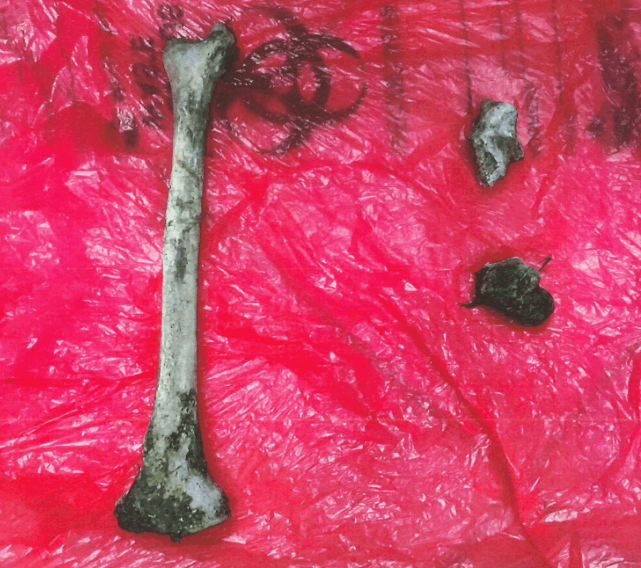 Three bones are all that remain of a migrant who died in Brooks County, Texas, while attempting to circumvent the Border Patrol checkpoint. (Photo: Brooks County Sheriff’s Office/Reserve Deputy Don White)

“It is a tragedy that Congress will not act to stop these deaths,” Sheriff Martinez said. “As long as the border remains unsecured, we will continue to find these people who are abused and left to die by human smugglers.”

So far this year, at least 115 migrants died while or shortly after crossing the border from Mexico into the United States. At least 68 of those were found in Texas, according to the International Organization for Migrants’ Missing Migrants Project.