REYNOSA, Tamaulipas – Seven cartel members were killed and one innocent bystander was shot in a span of two days as rival factions of the Gulf Cartel fight for control of drug and human smuggling corridors into Texas. Carjackings affecting innocent motorists along Mexican border city highways are also spiking.

The string violence began on Tuesday shortly after 8 a.m. along the highway that connects Reynosa to Rio Bravo. A shootout began when state police officers responded to a call about a group of cartel members stealing a Toyota Highlander at gunpoint. Tamaulipas police began a search for the vehicle that was eventually spotted on a dirt road. The stolen SUV was moving with a convoy of cartel gunmen. Authorities tried to stop them, but the gunmen fired at police while trying to escape.

After a short chase, most of the gunmen managed to flee, however, one in a maroon Nissan sedan was injured and crashed into a barn. The gunman died shortly after impact. 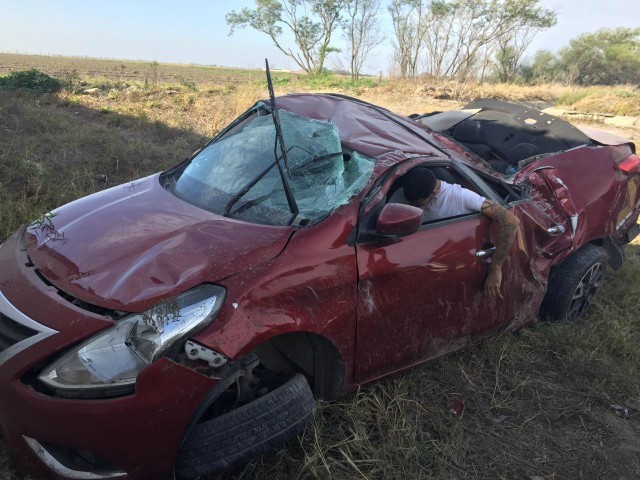 While state cops dealt with the dead driver, a group of Mexican soldiers who were rushing to provide backup came across a white Toyota Tacoma with four armed passengers. The men fired at the approaching military force until all four were dead. The soldiers called for state authorities to send forensic investigators to document the scene. 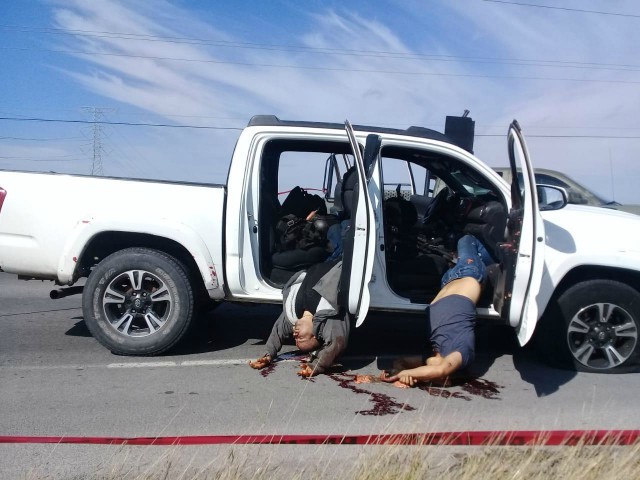 The violence continued on Wednesday evening when a group of Gulf Cartel gunmen from the Reynosa or “Metros” faction entered Rio Bravo to kill a lookout for the “Escorpiones” or Matamoros faction. Hours later, gunmen leaked video to social media where they can be seen going up to the lookout and shooting him before leaving. Several citizen journalists shared the video as a way to document the violence that largely goes uncovered by legacy media outlets.

The violence continued Wednesday morning with several convoys of gunmen spotted in and around Reynosa. Soon after, skirmishes were reported in several neighborhoods. One took place in Campestre when gunmen shot at a cartel lookout but struck an innocent bystander inside a convenience store.

Editor’s Note: Breitbart Texas traveled to the Mexican States of Tamaulipas, Coahuila, and Nuevo León to recruit citizen journalists willing to risk their lives and expose the cartels silencing their communities.  The writers would face certain death at the hands of the various cartels that operate in those areas including the Gulf Cartel and Los Zetas if a pseudonym were not used. Breitbart Texas’ Cartel Chronicles are published in both English and in their original Spanish. This article was written by “J.A. Espinoza” and “A.C. Del Angel”  from Tamaulipas.