Human smugglers assaulted a San Diego Sector Border Patrol agent with a board. The attack occurred as the female agent attempted to confiscate a ladder used by the smugglers to move people over the wall.

A female Border Patrol agent responded to a group of migrants who scaled the primary border wall two miles east of the San Ysidro Port of Entry on August 28, according to information obtained from San Diego Sector Border Patrol officials. As the agent approached, the migrants used a ladder to scale the primary fence and return to Mexico.

The agent, working the area by herself, attempted to stop the smugglers from pulling the ladder back over the fence into Mexico. While struggling with the smugglers, another person used the cover of darkness to strike the agent through slots in the wall. The smuggler struck the agent with a 2×4 board multiple times, officials stated. The attack on the agent caused serious bruising.

The agent managed to secure the ladder before retreating to safety while waiting for backup to arrive. Responding agents arranged for the injured agent to be transported to a local hospital where doctors treated her for facial lacerations and multiple contusions. 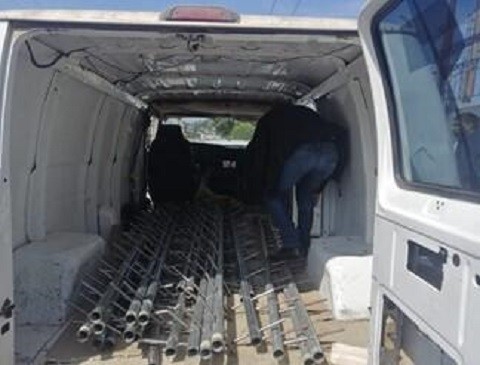 Other agents contacted the Government of Mexico for assistance. The international agency cooperation led to the execution of search warrants in Mexico and the arrests of five people.

Mexican authorities from the Fiscalia General de la Republica (FGR) identified one of the members of the transnational criminal organization as a U.S. citizen. The other four people arrested were Mexican nationals.

In addition to the arrests, Mexican authorities seized five vehicles, a residential property, numerous fentanyl pills, a half-kilo of methamphetamine, a cache of ready-to-use ladders, and multiple types of ammunition. 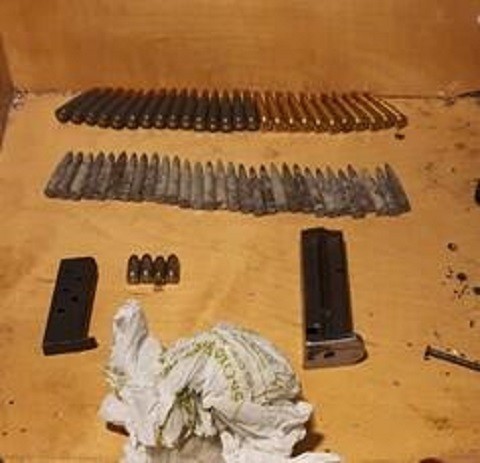 “U.S. Border Patrol agents continue their unwavering commitment to provide border and national security to the American public despite recent attacks against them along our Southwest border,” newly appointed U.S. Border Patrol Chief Raul Ortiz said in a written statement. “We take these threats and acts of violence seriously and will do everything we can to identify and bring to justice those who seek to harm the men and women of the Border Patrol.”

The assault on the agent is the third such attack on San Diego Sector agents in the past month, officials stated. This includes incidents where shots were fired at agents in this area.

San Diego Sector Chief Patrol Agent Aaron Heitke added, “I commend our agents and Mexico law enforcement partners on these arrests and seizures. Assaults against our agents will never be tolerated and as witnessed by this operation, we will always leverage our resources and strong binational partnerships to bring the perpetrators and their criminal associates to justice regardless of where they hide.”

Bob Price serves as associate editor and senior news contributor for the Breitbart Texas-Border team. He is an original member of the Breitbart Texas team. Price is a regular panelist on Fox 26 Houston’s Sunday-morning talk show, What’s Your Point? Follow him on Twitter @BobPriceBBTX and Facebook.