The Texas Military Department says “union agitators” cannot engage in collective bargaining for members of the National Guard. The statement comes in response to a meeting earlier this week where members of the Texas State Employees Union met with guardsmen in Del Rio.

“Servicemembers should not be misled by union agitators into believing that Texas law allows them to engage in collective bargaining,” Texas Military Department (TMD) said in a written statement. “It does not.”

Officials told Breitbart Texas that Guardsmen can join whatever group they want, but should not be misled by the union as to what can be done on their behalf. 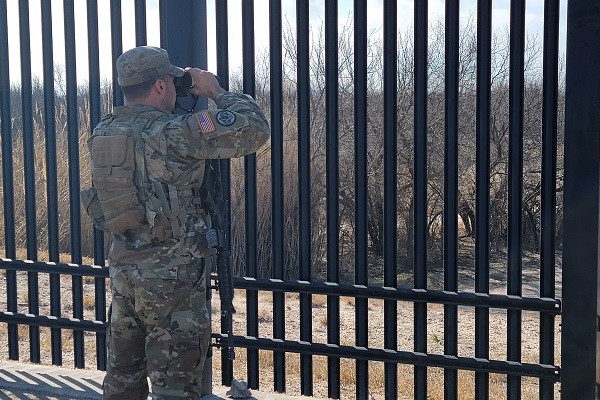 Their efforts follow what appear to be politically motivated attacks on the Texas National Guard deployment under Operation Lone Star. The media and some former members of the Guard continue to push issues long since resolved by the State of Texas and the Texas Military Department. The group cites living conditions, payroll inconsistencies, gear shortages, and what they called “unusually last-minute deployments.”

“Every servicemember assigned to Operation Lone Star is being paid, and the Texas Military Department has resolved over 90 {percent) of pay discrepancies, a significant improvement over the previous month,” officials explained. “Texas Military Department pay strike teams continue working daily with individual servicemembers to address pay questions and resolve any discrepancies.” 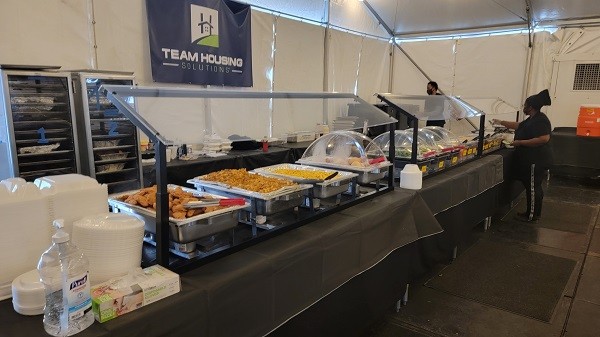 The chow line at Camp Alpha in Del Rio, Texas, where thousands of meals are served to members of the Texas National Guard under Operation Lone Star. (Bob Price/Breitbart Texas)

In January, Breitbart Texas reported the TMD’s response to what they referred to as inaccurate and false reports regarding conditions experienced by Guardsmen under Operation Lone Star. At that time, officials said they had resolved approximately 75 percent of payroll issues. That number is now more than 90 percent.

Many of these payroll issues centered around direct deposit issues and missing daily pay or per diem as members moved from one unit assignment to another, officials noted.

Earlier this month, Breitbart Texas met with Texas Adjutant General, Maj. Gen. Tracy Norris and members of the Texas National Guard in Del Rio and Eagle Pass. The general said the TMD is aggressively working to resolve some of the issues that resulted from the unprecedented deployment of thousands of National Guard service members in support of the border security operation. 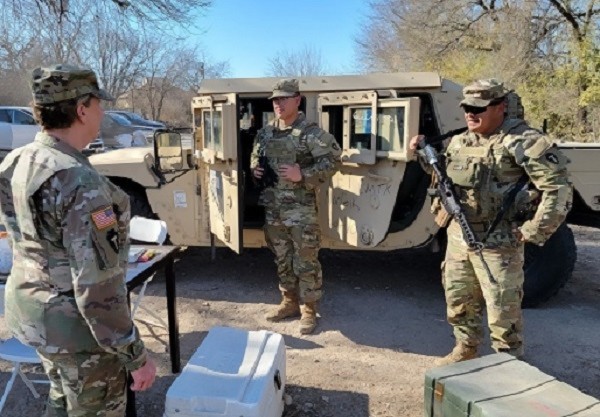 Service members told Breitbart they were aware of some payroll and other deployment-related issues but were confident in leadership’s ability to deal with the matters.

Officials report receiving more than 1,100 hardship requests from guardsmen. They approved 78 percent of those requests.

During visits to one of the camps, Breitbart observed living and food service capabilities at one of the camps in the Del Rio area. Members reported satisfaction with the trailers and other shared facilities and said they are much better than some deployments they faced in overseas operations. 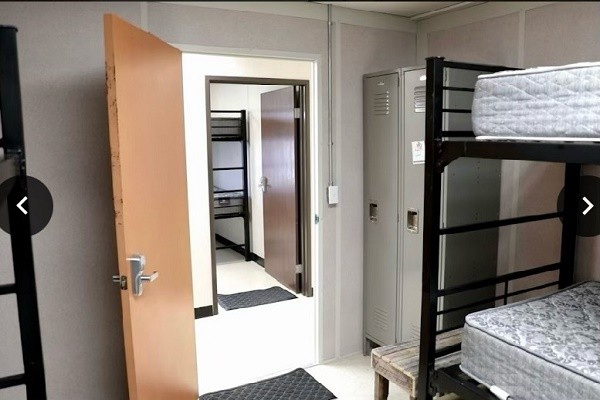 “TMD leadership has worked with base camp vendors to initiate contracts and begin construction of dorm-style living,” the statement continues. “Guardsmen have begun moving into these new and improved accommodations.” 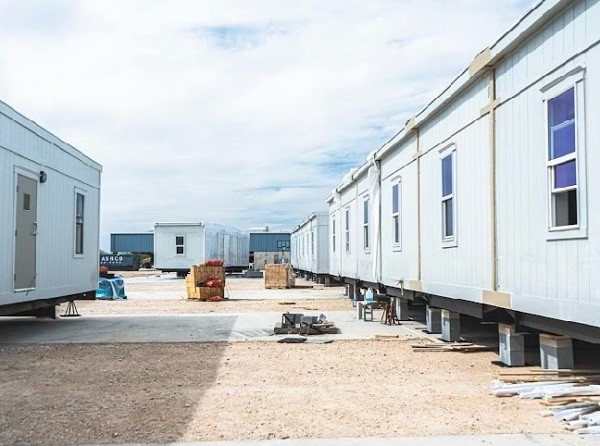 Complaints surfaced in the media and some political campaign statement regarding the issuance of cold-weather gear in advance of the early February winter storm. All members who talked with Breitbart said they had their cold-weather gear and the heaters in their vehicles were in working order.

Ahead of the February 3rd winter storm, supplemental cold and wet weather gear was delivered to servicemembers, ensuring troops supporting Operation Lone Star’s front line have appropriate protective gear. This, coupled with high-mobility multipurpose vehicles (Humvees) equipped with heaters stationed at security points along the Texas-Mexico border, are able to keep servicemembers safe, warm, and out of the elements during winter weather events.

This week, service members began moving into the new living quarters. More are moving in as new units are complete, officials told Breitbart on Thursday.

“As a result of Operation Lone Star, and the work of the Texas Department of Public Safety and Texas National Guard, over 11,000 criminal arrests have been made including criminal
trespassing,” the report reveals. “Large amounts of Mexican Cartel fentanyl, cocaine, methamphetamine, heroin, and marijuana have been seized before it could be trafficked into communities.” 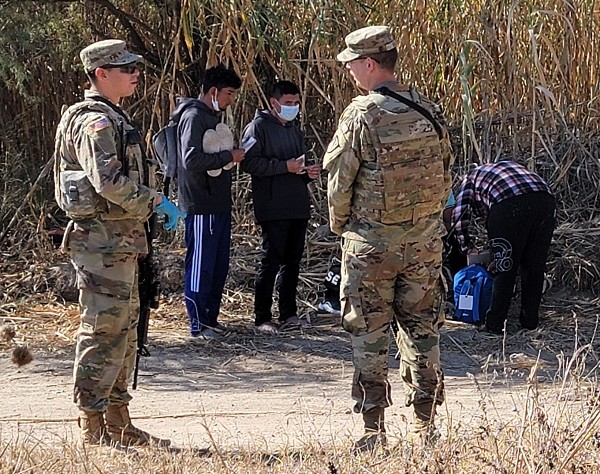 More than 200,000 migrants have been apprehended by TMD service members and Texas Department of Public Safety troopers and referred to law enforcement partners since Operation Lone Star began last year, Guard officials reported. Of those, more than half were initially encountered by National Guardsmen.

“Additionally, because of the presence of National Guard servicemembers along the border, more than 12,000 illegal immigrants have been deterred back to Mexico,” the report concludes. “The Texas Military Department is thankful for the service and sacrifice of the men and women serving on Operation Lone Star whose hard work and dedication helps keep our state and nation safe.”