A Virginia senator has filed a bill to reinstate the Confederate flag on state-issued license plates for members of the Sons of Confederate Veterans.

According to WAVY,  Sen. Charles W. Carrico, Sr. (R-Grayson) said his constituents believe Gov. Terry McAuliffe (D-VA) went too far when he ordered the flag to be removed from the plates.

“no logo or emblem of any description shall be displayed or incorporated into the design of license plates issued under this section.” 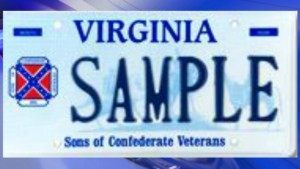