I think that both candidates, Crooked Hillary and myself, should release detailed medical records. I have no problem in doing so! Hillary?

However, the CNN version scrubbed the “Crooked” moniker from the tweet in it’s report, which was displayed on screen and read on air by anchor Jim Sciutto. 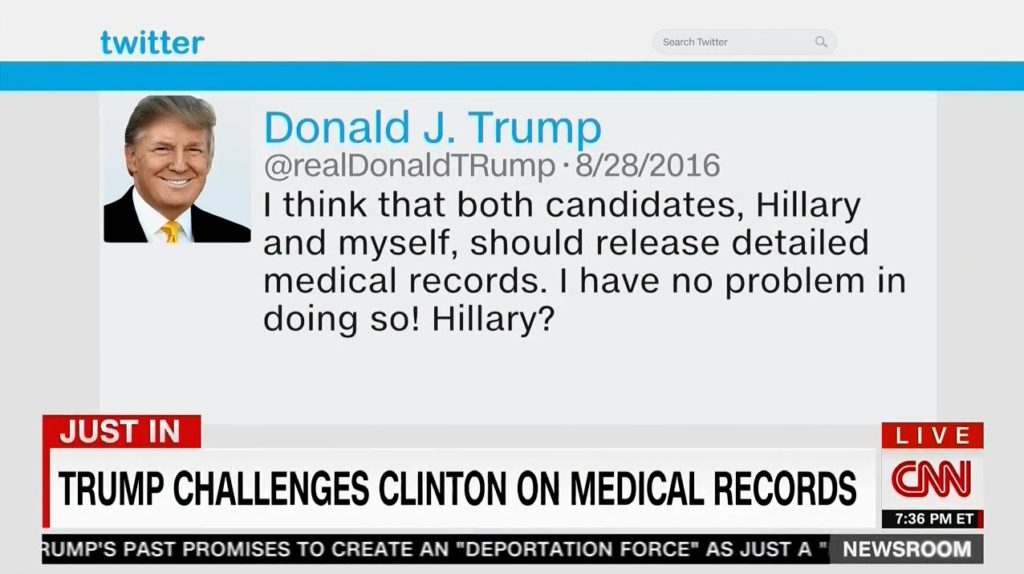