One hundred percent of firms said they were paying more for materials than one year ago, twice the average for the series going back to 2001 and up from 96 percent in August. This is the second time ever that the series has hit 100 percent and the other time was in July of this year.

Seventy-seven percent of firms said prices for materials had gone up in the last month, a one percentage point broadening from the prior month.

In this month’s special questions, the Kansas City Fed asked manufacturers about their expected ability to pass on higher costs. 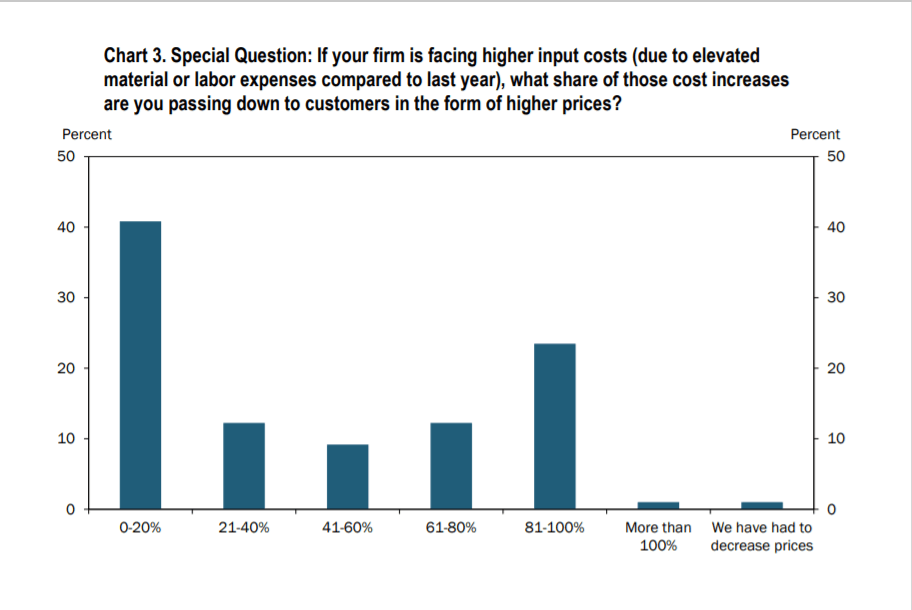 The headline index of economic activity unexpectedly fell to a reading of 22 in September. Economists had forecast the index to remain at least month’s reading of 29. The so-called “composite” index is an average of the production, new orders, employment, supplier delivery time, and raw materials inventory indexes. Inventories of materials recovered from pandemic ebbs to the highest level since late 2017 but finished goods inventories were only marginally positive.

The survey covers manufacturing businesses in the 10th District of the Federal Reserve, which includes Colorado, Kansas, Nebraska, Oklahoma, Wyoming, and portions of western Missouri and northern New Mexico.