Shipping companies across the nation on Monday are reportedly struggling to find truck drivers to ease port backlogs on the east and west coasts.

Old Dominion Freight Line will reportedly hire any driver with or without experience, KHQ NBC reported Sunday. The need is so great, Old Dominion held a job fair Saturday to “hire 10 line drivers who can haul several trailers across the state” while offering to train anyone who wishes to earn a C.D.L. license.

Michael Deneen with Old Dominion told KHQ the pandemic has made finding truck drivers more difficult due to the unemployment checks that drivers may be receiving from Democrat-controlled states. Deneen also thinks the labor shortage will carry over and impact the 2021 holiday season and beyond.

“Christmas is going to be, this year is going to be impacted greatly by not just trucking but through the whole logistic network is a little bit out of whack,” Deneen said. “So buy early, we’re going to work ourselves out of it but it’s going to be a couple of years of going through this new normal right now.”

Co-head of AlixPartners’ retail consulting practice, Joel Bines, told the Financial Times Sunday retailers will have difficulty securing the “most in-demand” items this year for Christmas because of the supply chain crisis.

The shortage of truck drivers will not just impact Christmas. Shipping ports are also experiencing a backlog of containers because trucking companies cannot find labor to move them.

In Port of Savannah, for instance, 80,000 containers are waiting to be moved, a full 50 percent more than normal, the New York Times reported Sunday.

And last week, the New York Post reported there were “70 cargo ships waiting to dock at the Port of Los Angeles” due to a full port. 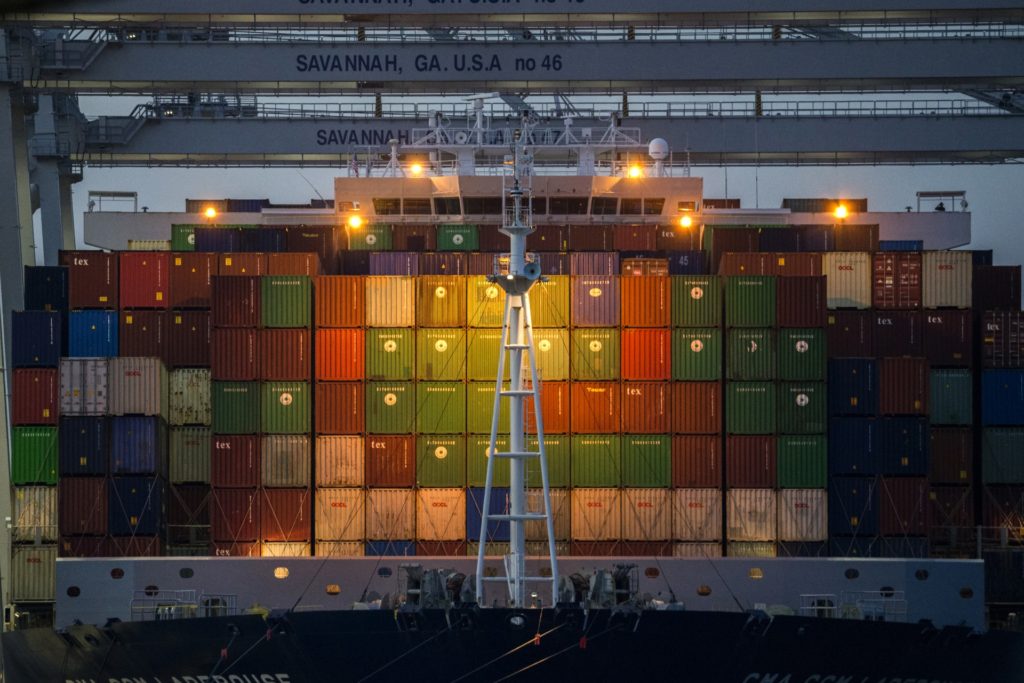 About 13 percent of the “world’s cargo shipping capacity tied up by delays,” the Times reported.

Griff Lunch, executive director of the Georgia Ports Authority, told the Times trucking company’s are not showing up at the port to collect the containers. “They’re not coming to get their freight,” said Lynch. “The stress level has never been higher.”

To increase the challenges that ports and shipping companies are experiencing, warehouses are filling up and have scarce availability. Prices for the warehouse spaces are also at all-time high, according to real estate company Cushman & Wakefield.

The supply chain crisis – from lack of truckers to full ports to lack of warehouse spaces –  is increasing prices for consumers. In August, for example, inflation increased 5.3 percent compared to 2020.

A Moody’s economist Mark Zandi told the Post Friday the inflation is costing American workers and families an additional $175 a month.

“For households earning the U.S. median annual income of about $70,000, the current inflation rate has forced them to spend another $175 a month on food, fuel and housing,” Zandi said.