In 2019, the Albemarle County, Virginia School Board unanimously voted to adopt a radical “anti-racism” policy aimed at “building the racial consciousness” by requiring children to deconstruct their racial and sexual identities and “understand that anti-racism is an action” for which they have a “personal responsibility.” Breitbart News has obtained access to the County’s pilot curricula, which the County has attempted to keep secret from parents.

In a mission statement, Albemarle County claims “personal and institutional racism have historically existed and continues to exist,” and that the purpose of the policy is to “dismantle the individual, institutional, and structural racism that exists” and establish a system of “equity.”

Critical Race Theory (CRT) is a Marxist ideology that argues “all of society is racialized and properly viewed through a prism of identity groups based on race and color, with minorities being the oppressed while white people serve as the oppressor.” Moreover, “CRT teaches that white people are inherently and irredeemably racist and benefit from various systemically racist power structures that white people have put in place and perpetuate.”

CRT is an inherently racist ideology and is able to gain public traction as its proponents employ semantically overloaded phrases like “anti-racist,” “equity,” “social justice,” “culturally responsive teaching,” and “diversity and inclusion.” Because of the palatable nature of these phrases, it is important to define terms like “equity” and “anti-racist” in order to understand the inherent issues with CRT.

Equity does not mean equality. Equality is “explicitly rejected by critical race theorists. To them, equality represents ‘mere nondiscrimination’ and provides ‘camouflage’ for white supremacy, patriarchy, and oppression.” As Breitbart News’s Joel Pollak noted, “‘equity’ replaces the individual as the unit to which ‘fairness,’ ‘justice,’ and ‘impartiality’ apply. It is the community that is said to be suffering, whether individuals within that community are, or not.” Equity, as manifested in CRT, dictates that opportunities should be stripped from some in order to advantage others in the name of “social justice.”

Anti-racist does not mean not racist. Albemarle County and other CRT adherents believe “anti-racism is an action” and a “personal responsibility.” CRT teaches that if “you are white or a part of so-called white ‘power structures,’ you are inherently racist and part of an oppressing class. By operating under this framework, CRT argues the only way to establish ‘justice’ is to completely revolutionize society by overthrowing the oppressor’s institutions.” Therefore, indeed, part of the “action” of anti-racism is “enforcing equal outcomes based only on the characteristics of race, gender, and sexuality.”

To critical race theorists like Ibram X. Kendi, a chief purveyor and architect of anti-racist ideology and its programmatic material as well as an often-cited figure in Albemarle County’s curricula, one can only either be anti-racist or racist — there is no way to simply not be racist. Indeed, as shown below in one of the slides from the pilot program, Kendi believes “children are either going to learn racist or antiracist ideas … if we don’t actively protect them from this dangerous racist society, what do you think they will be taught?” (Emphasis added). 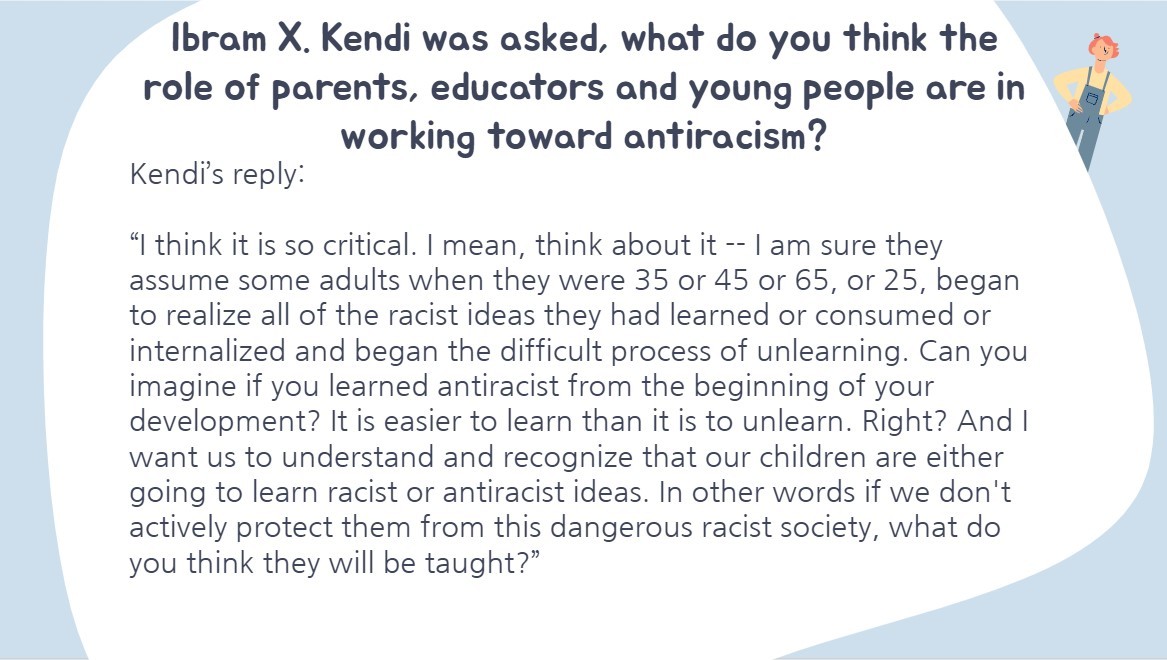 Albemarle County is taking a systematic, multi-year approach to teach CRT. Breitbart News has obtained slide decks from several units of a pilot program for the sixth to eighth grades at Joseph T. Henley Middle School in Crozet, Virginia.

Henley’s program is supposed to take place during the first class period of the school day called Advisory (homeroom), but one concerned parent, who wishes to remain anonymous for fear of retributive actions taken upon her child, told Breitbart News that when she sought to opt her student out of CRT, Henley Principal Beth Costa initially said “you can choose not to have your child participate.” Despite this, “Diversity Resource Teacher” Chris Booz — who helps write the curricula for the entire county — immediately corrected Costa, saying the radical ideology “is going to be woven through in all of the classes in Albemarle County.”

“They essentially told me, ‘well, you can try to opt out, but good luck,'” the parent said.

The sixth and seventh grade CRT curricula are the same and appear to be aimed at orienting a student toward the CRT thought process, while remaining somewhat ambiguous about race and sexuality. Despite this, the curricula also appear to sow seeds of mistrust between the student and their parents, as some concerned parents detailed to Breitbart News.

One student told Breitbart News that “they asked if we liked the religion our parents chose for us,” and another concerned parent — who also wishes to remain anonymous for fear of retributive actions taken upon their child — said that “Questions are posed to question if they were truly born into the gender that their parents say they are? Do you want to change but are afraid? The question has also been posed if you have the same beliefs your parents have or are your beliefs different?” (Emphasis added). 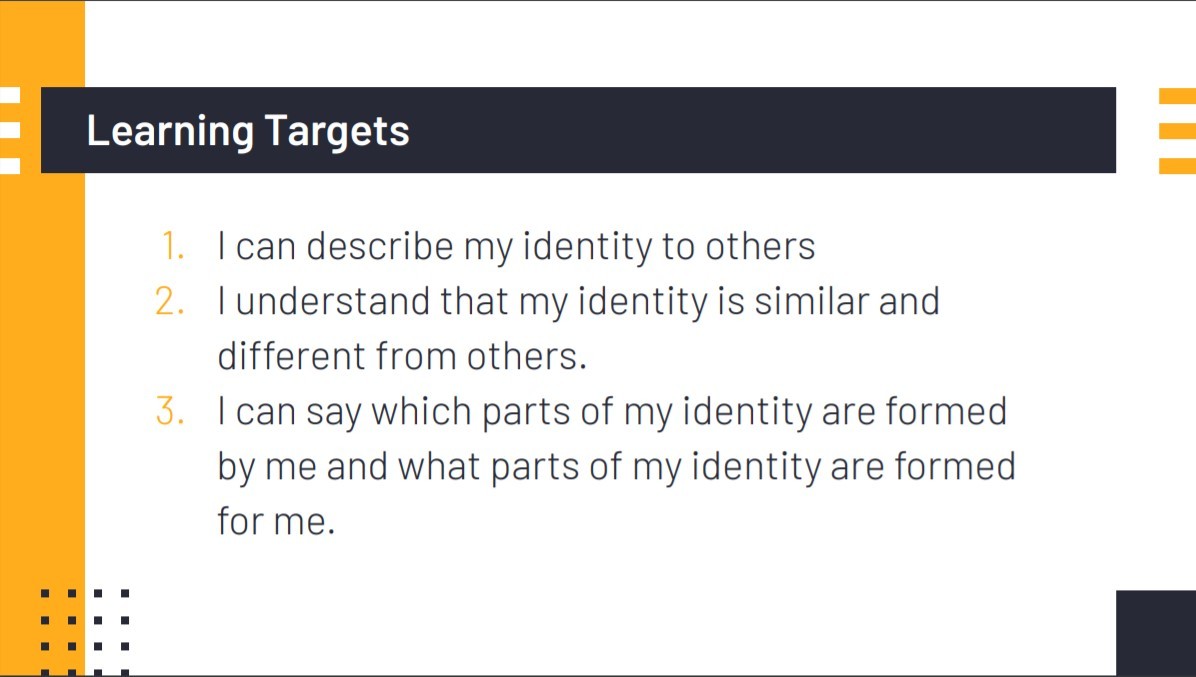 According to many of the concerned parents, students are told not to discuss what they talk about in Advisory with their parents.

The radical indoctrination becomes much more acute in eighth grade with survey questions that ask students to agree or disagree with ideas like, “It is okay to say phrases like ‘I am white'”: 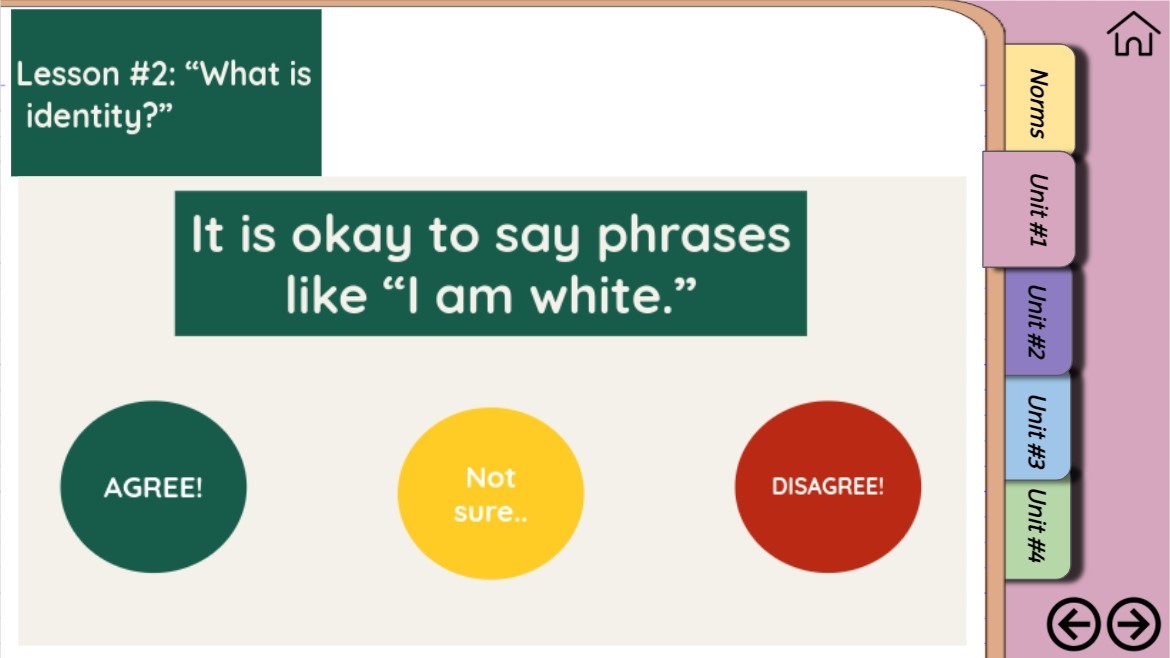 “The DOMINANT CULTURE is… in the U.S.: people who are white, middle class, Christian, and cisgender… [and] is… in charge of the institutions and have established behaviors…”: 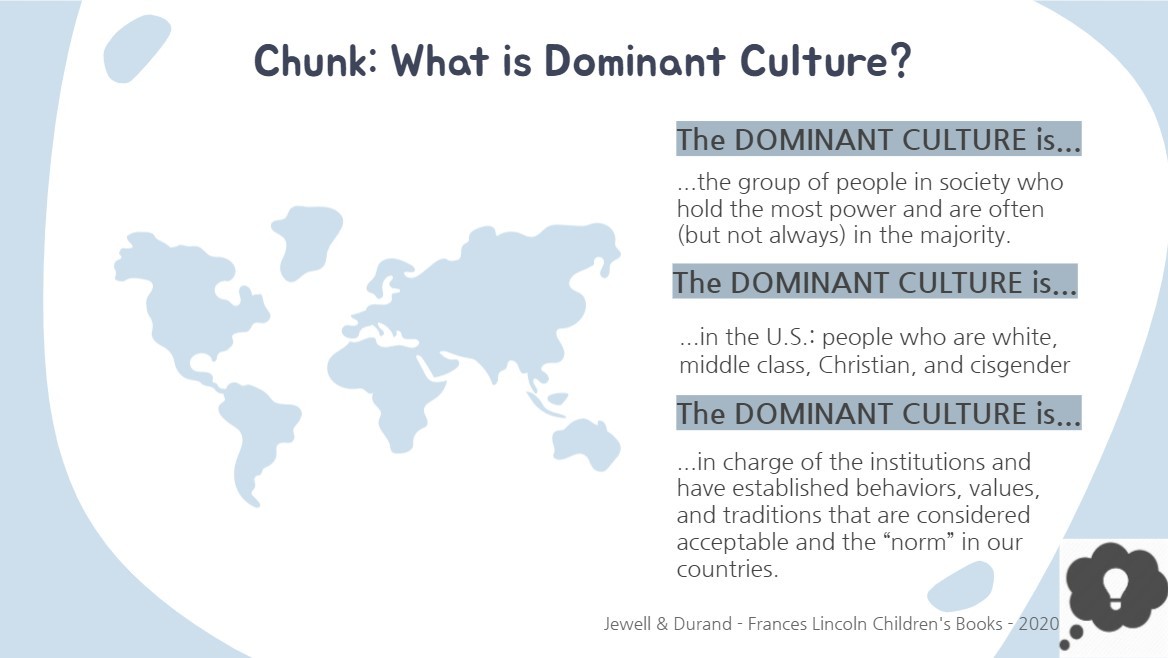 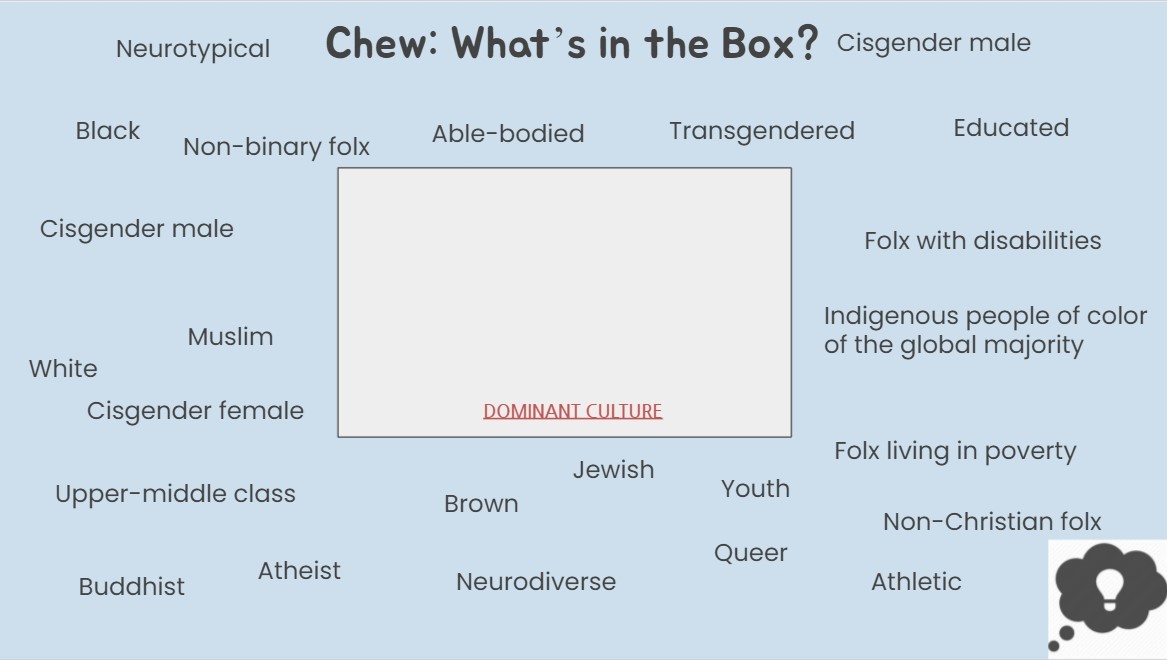 Ironically, they go on to ask why there is a “human desire to divide people into groups”: 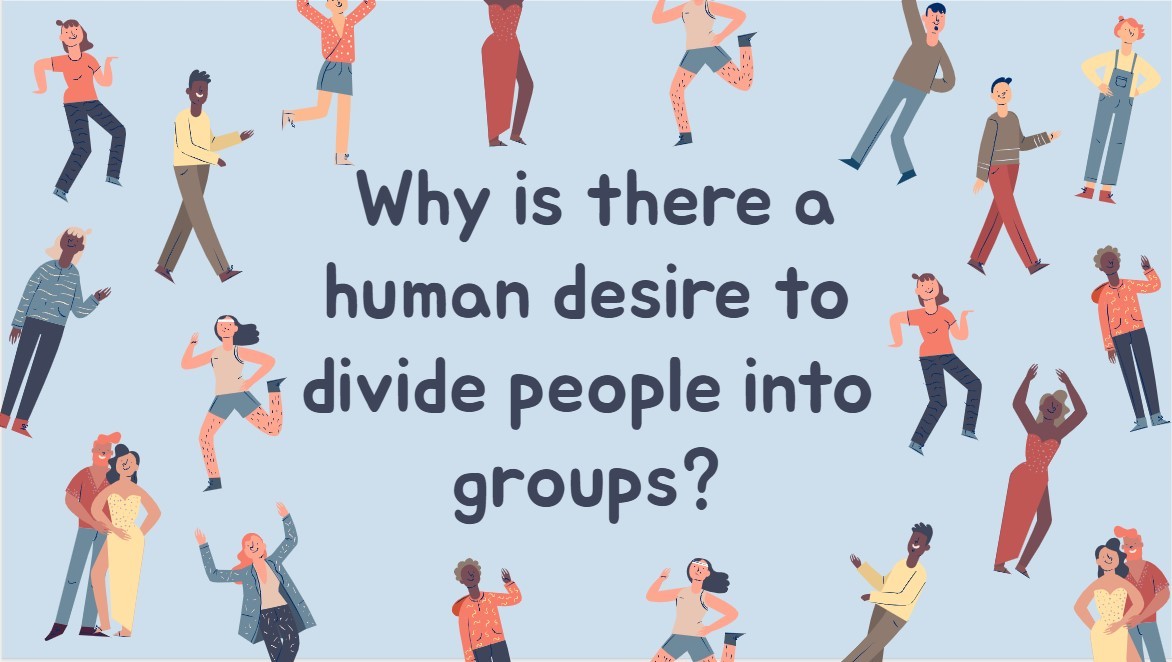 Students are told that, while there are many other privileges, “white privilege is perhaps the most enduring throughout history”: 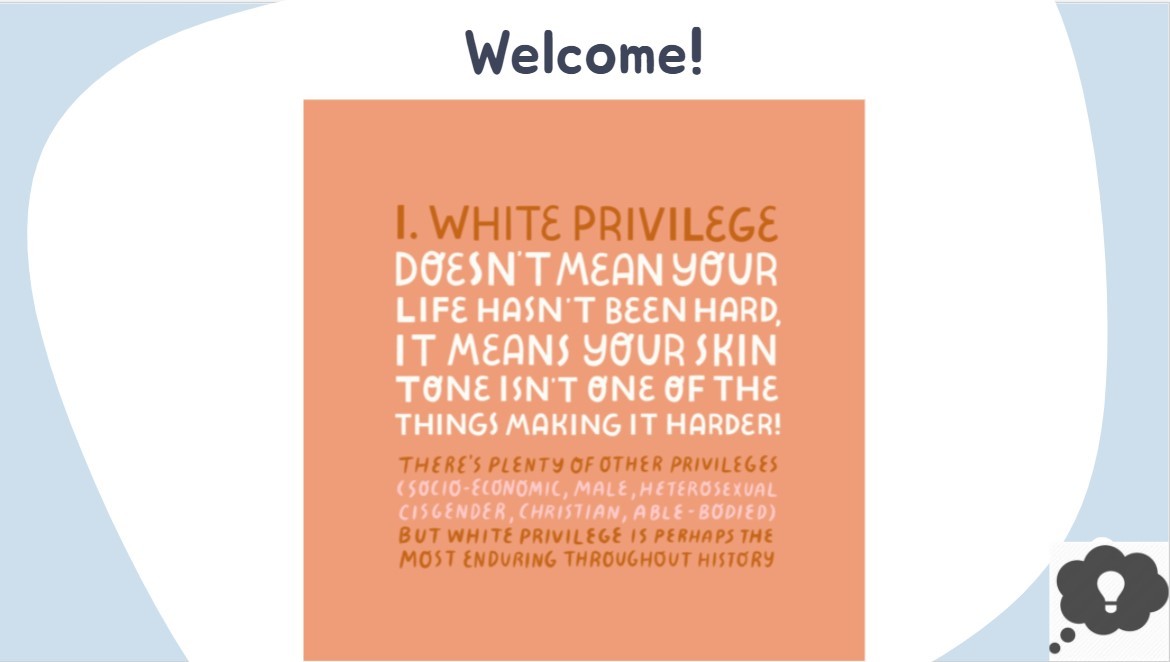 Students are then shown a video in which a biracial couple partake in an activity where the wife, who is white, “checks her privilege” while her husband, who is black, counts ‘bias-related incidents’ such as being “accused of not being able to afford something expensive,” having “fear in your heart when being stopped by the police,” or having to “teach your child how not to get killed by the police.” The students are then apparently asked to “check their privilege” by completing the same task shown in the video: 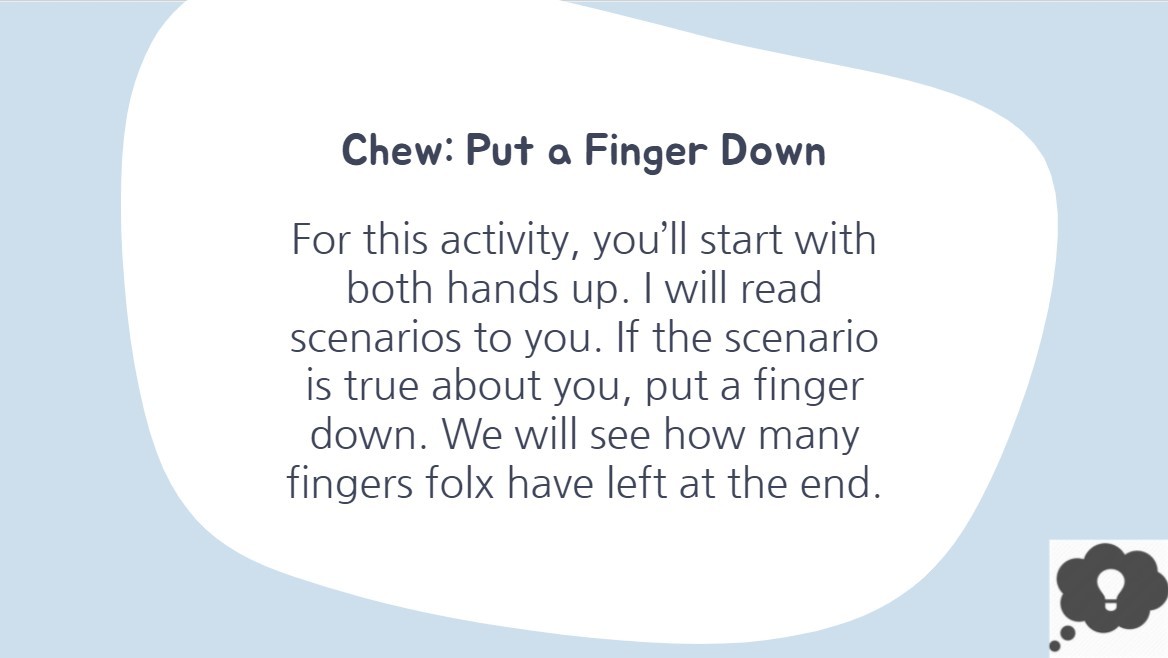 After “checking their privilege,” students are asked, “Why is it challenging for white people to think about (and do something about) white privilege?”: 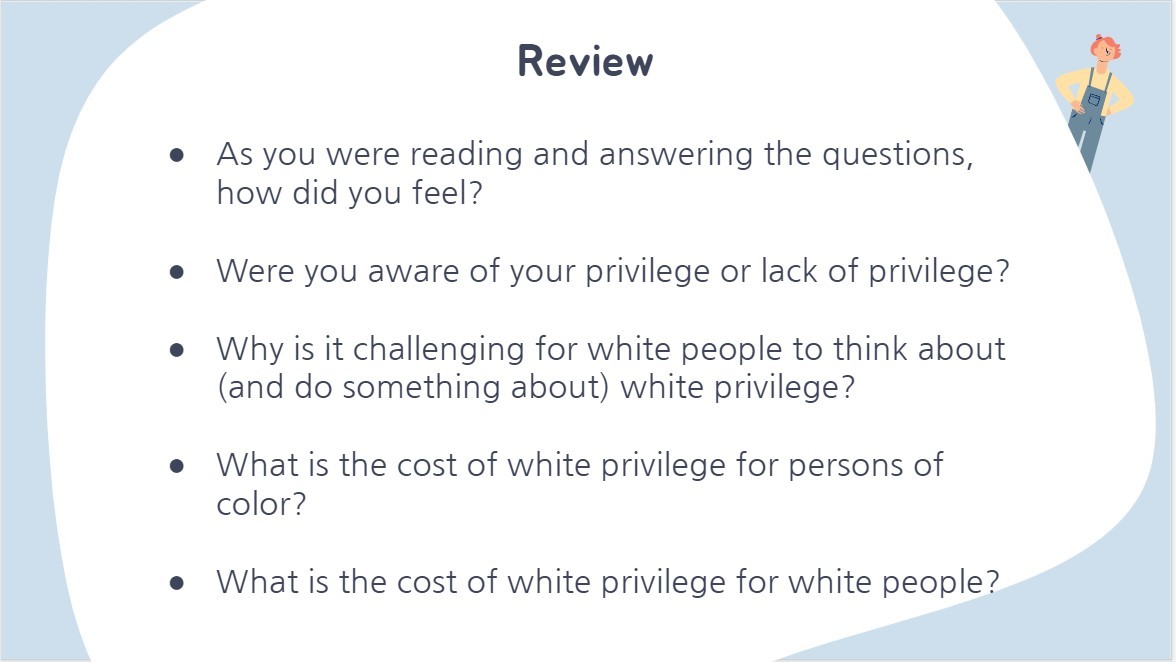 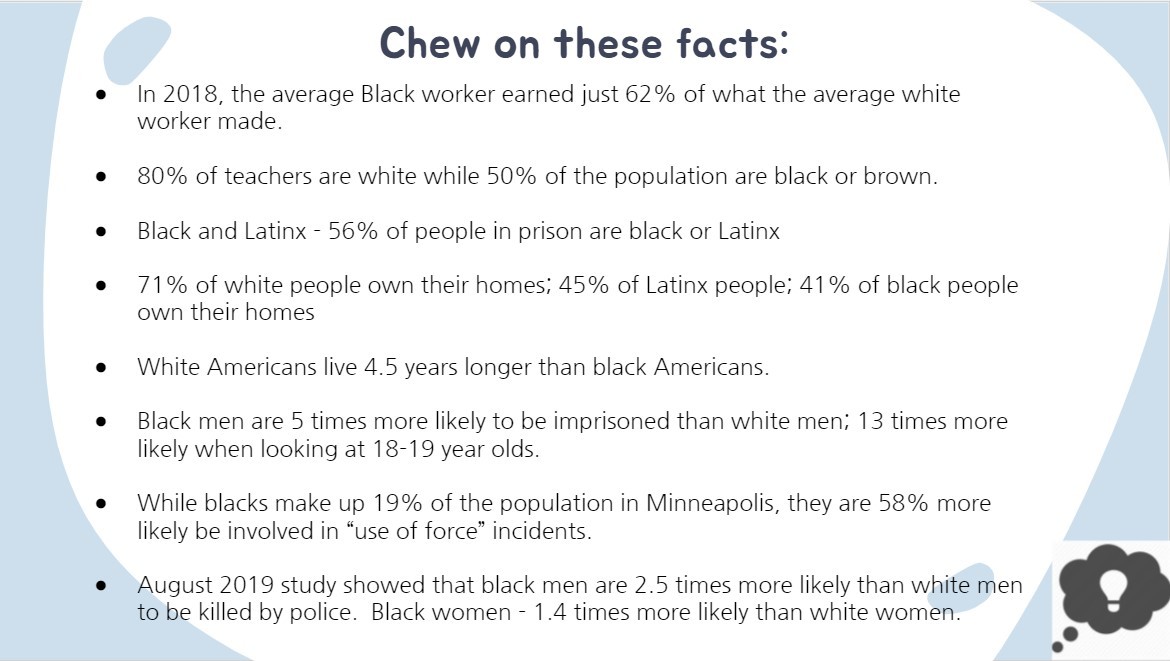 The CRT ideology appears to be taking hold. In Henley’s school newspaper, one contributor lauded the heavily debunked, anti-historical New York Times “1619 Project,” saying, “Think about this, Jamestown was established in 1607 and roughly 12 years later Africans were brought to Virginia as slaves, therefore building this country on the foundation of slavery”:

The 1619 project aims to teach all of America’s youth the real truth about the history of our country. About how our country is built by enslaved Africans on Native American grounds. Our country wouldn’t be nearly as advanced if slaves didn’t play such an important role in American history. Most public schools aren’t allowed to teach kids in this country about the gruesome truths throughout history, especially in Virginia.

Further, a concerned parent told Breitbart News that when Principal Beth Costa was asked if there was any racial discrimination going on at the school that parents should know about, Costa “could not answer the question,” but said that the “problem we’ve been told is that the majority of our students are Caucasian and that is the biggest problem we need to fix.”

Albemarle County Public Schools is planning to use the data they have collected from Henley’s pilot program to write county-wide CRT curricula for many grade levels — curricula that, given the trajectory of the middle school coursework, is likely to get much more intense going into high school. A group of Albemarle County parents told Breitbart News they are concerned that, since there are only two weeks left in the school year, the school board will be able to use the time to avoid accountability and come out with much more radical curricula without public oversight or input.

These parents told Breitbart New they are exploring their options and may take legal action.