A school district in Missouri is turning to students to help fill its vacant positions due to staffing issues.

The district held a job fair on November 3 to fill positions in food service, custodial work, and before and after-school child care, according to the St. Louis Post-Dispatch.

“Some of the positions have been short-staffed since last year,” the district’s Chief Operating Officer Kim Hawk told Fox 2. “We just have struggled to find any help at all, and if you drive around and look at the help wanted signs everywhere, you know the competition is stiff. So, we knew we had to come up with some other plan.” 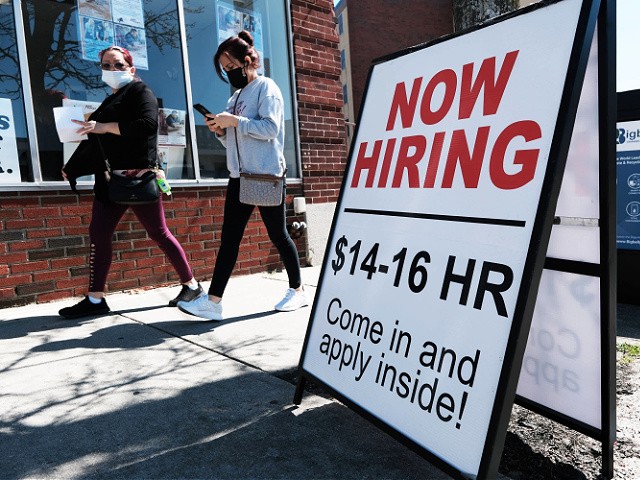 Students will earn hourly wages anywhere from $9.75 – $14.68, according to the St. Louis Post-Dispatch. Twenty-five students were interviewed at Wednesday’s job fair to fill the district’s nine vacant positions.

According to Fox 2, the students who interviewed for positions are undergoing the “onboarding process,” which includes taking fingerprints.

Students must be 16 years of age or older to work for the schools, though 15-year-olds can become eligible by obtaining a work permit, according to a Facebook post from the school district. Students must be 17  to work in before or after-school child-care programs.

Northwest School District’s Chief Human Resources Officer Mark Catalana told Fox 2 that a job working for the schools will better serve students than employment at businesses that usually hire high school students because employment for the district will not include late nights, holidays, or weekends. “If they worked at fast-food restaurants, they work long nights, evenings, weekends, holidays,” Catalana told the outlet.

“We have kids that are very capable and able to hold good jobs in this community and other places of employment, so to reflect on that and say why wouldn’t we use those resources within our own facilities,” Dr. Desi Kirchhofer, superintendent of the Northwest School District, told Fox 2.

Are you a Northwest High School student looking for a part-time job? Come to our Student Job Fair on Nov. 3! Northwest…

Northwest School District will be offering transportation to take employed students from the school they attend to one of the ten schools in the district where they are employed, Fox 2 reports.

One sophomore student is excited about the opportunity.

“I want to get into the workforce,” Mason Follett, 15, told the St. Louis Post-Dispatch. “I don’t want to rely on my parents for things.”

Fittingly, Mason’s 17-year old sister Morgan is also keen on the idea and says that through participation in child care, students can help produce the next generation of leaders in Jefferson County’s Northwest School District.

“Especially in child services, we can really bring them up in the Northwest spirit and help them become the leaders we are now,” Morgan Follett told the St. Louis Post-Dispatch.

Fox 2 reports that the district has received calls from other districts inquiring about the program. They have encouraged others to partake in similar programs, according to the outlet.