The head of the River Oaks Baptist School (ROBS) in Houston, Texas, bragged when a parent petition against mask mandates for students was censored by Change.org, an email obtained by Breitbart News reveals.

Over 100 parents signed a petition addressed to the board of a school advocating for children to be able to go to school without wearing a mask.

The petition, addressed to the ROBS Board of Trustees, began, “River Oaks Baptist Board of Trustees please do not mandate that our children wear masks. Please allow your supporters, donors, and volunteers to make the choice that is appropriate for their families.” 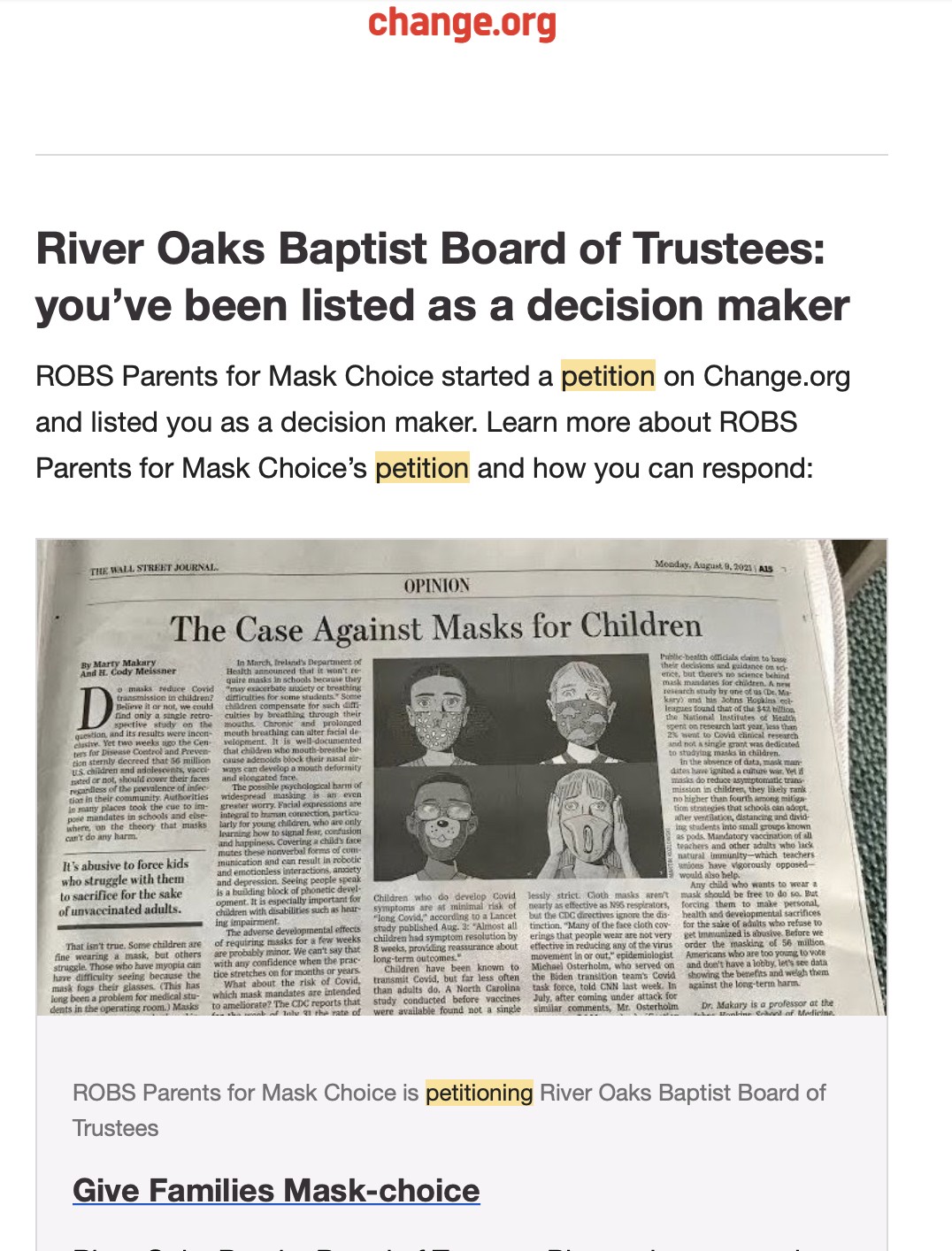 However, the head of ROBS, Leanne Reynolds, bragged in an email to the board of trustees that the parent petition had been censored, writing, “As we all think about a Portrait of a ROBS graduate as the kind of student leader we want to help parents raise, I thought you would like to know this.”

Reynolds continued, highlighting an alum of ROBS that “contacted Change.org and pointed out the misinformation in the petition.” Reynolds concluded the email, boasting, “Change.org removed the petition within the hour. That is a graduate ready to lead!” 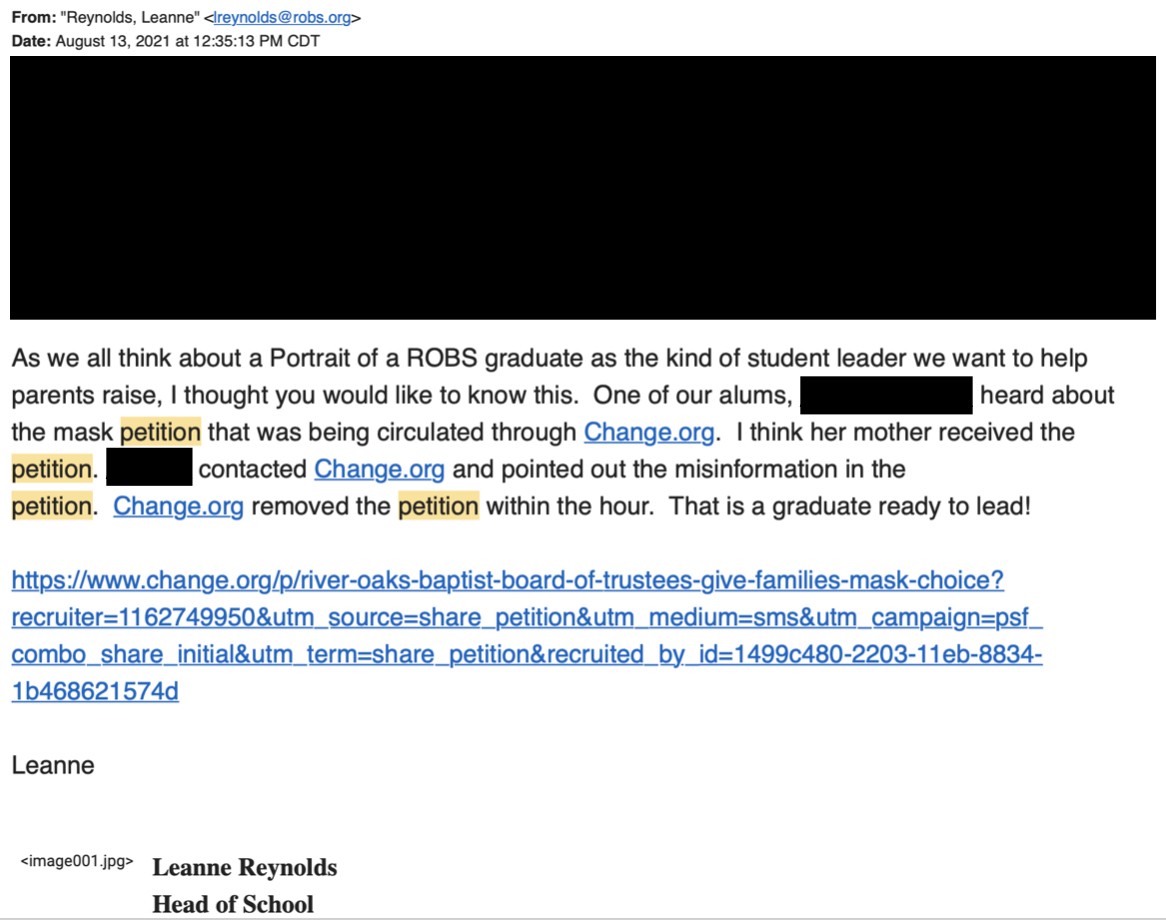 Mandatory masking was only one of the Covid-related measures that ROBS instituted. As part of its contract tracing program, ROBS also mandated that children had to wear tracking devices on their wrists. The devices were produced by Tracesafe, a company that boasted of its partnership with ROBS in a press release.

Reynolds has disregarded parent concerns relating to other topics as well. As Breitbart News reported, Reynolds informed teachers not to talk to two parents, who she identified by name, who had concerns regarding the presence of critical race theory at the school.

ROBS is a client of The Jane Group (TJG), which advertises itself as the only crisis communications firm on retainer with the National Association of Independent Schools (NAIS). ROBS former director of diversity worked concurrently with TJG, as Breitbart News previously reported.