The Los Angeles Unified School District highlighted a social media video from a trans activist who frequently posts sexually explicit content and advertised an event hosted by a transgender stripper.

The Los Angeles Unified School District’s (LAUSD) Human Relations, Diversity, and Equity Department posted a video on Instagram from a trans activist who posts sexually explicit pictures of himself.

The account associated with the district shared a video titled “Smarter in Seconds,” which taught viewers to ask people for their pronouns, with one person saying that he identified with the pronouns “they/them.” It goes on to claim that “You can’t look at someone and know their gender or pronouns.”

The video was originally posted by Addison Rose Vincent, a trans activist who runs an organization called “Break the Binary.” On Vincent’s Instagram, the same one that was reposted by the nation’s second largest school district, are explicit pictures of himself.

Los Angeles Unified School District's Human Relations, Diversity & Equity instagram account recently shared this "Smarter in Seconds" pronouns video to their "story" which linked to these instagram accounts. This is where tax dollars & public schools are at: pic.twitter.com/0gGVoHle5T

On his Instagram, Vincent has also advertised an event with a self identified “Fat Trans Icon” who pole dances and offers a “VIP Dance” to customers. 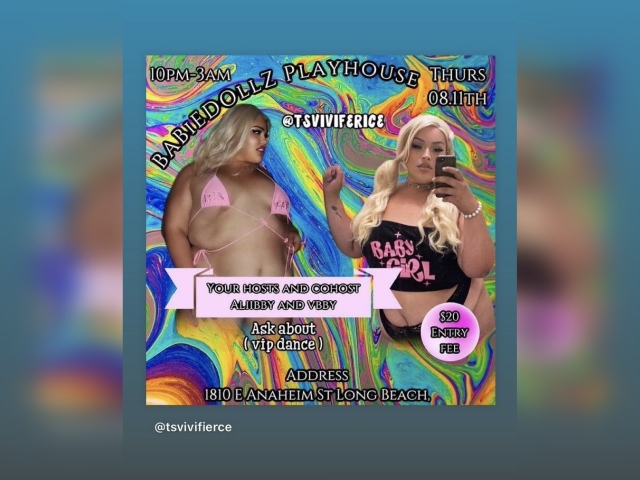 Vincent is the founder and CEO of an organization called “Break the Binary.” The organization seeks to “challenge the two-option culture we live in” and provides workshops, consulting, and keynote speeches.

A bill that is currently making its way through the California Legislature would mandate that health professionals undergo transgender “cultural competency” classes from transgender activists a like Vincent, giving them a “financial windfall.”

The Los Angeles Unified School District has been at the forefront of the push to groom children. The district encouraged teachers to celebrate the “transgender day of visibility” by reading pro-trans books to students in elementary school.

The district has also hosted an LGBT club for four year-olds and held a meeting with Bianca Salvetti, a nurse practitioner at the Children Hospital LA’s Trans Youth Health and Development Department.

Breitbart News previously revealed that the district had teamed up with an organization called Open Books, which donates books that endorse child transgenderism to schools.

The LAUSD Human Relations, Diversity, and Equity Department did not return a request for comment.