When I mentioned to friends I was reading Atlas Shrugged their response was uniform: “Oh that. I read it in college but now I have moved on to adult subjects.” These were liberal friends, you understand, and I couldn’t help but wonder why they would want to discourage me from reading a literary classic that is selling better now than at any time in its history. In fact, it has recently moved up to become Amazon’s 37th best-selling novel. Last week it was 44. By the time you read this it will have moved higher. 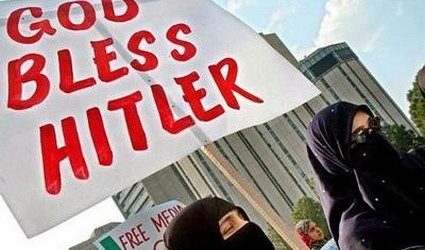 The reason becomes immediately apparent upon reading. It might have been written yesterday. Rand’s description of a socialist state taken over by “looters,” people who cannot create or produce but who seize power under the rubric of “fairness” is so spot-on accurate of today’s administration it’s scary. At over one thousand pages long, Atlas Shrugged is not a weekend read and made me question whether my fun-loving liberal friends actually read it, or read the Cliff’s Notes version which is also selling at unprecedented levels.

In a fictional United States, three giants of industry struggle with a government of venal bureaucrats, “looters,” Rand calls them, that closely resemble our present administration. The three industrialists are Dagny Taggart, Vice President in Charge of Operations for mighty Taggart Transcontinental, steelmaker Henry Rearden whose Rearden Miracle Metal puts steel to shame, and the Chilean play boy Francisco D’Anconia who inherited the world’s richest copper mines and proceeds to turn them into dust, shocking all who know him and invested in his supposedly rock-solid enterprise.

The reasons D’Anconia liquidates his empire in secret become increasing clear as the new administration strips away individual rights.

These are larger-than-life characters acting out their passion on an international stage. Has there ever been a more dynamic woman literary character than Dagny? There’s a reason Angelina Jolie is eager to play her in the upcoming film. (This will only intensify rumblings that our Most Holy of Hollywood Couples are secret libertarians.)

Dagny meets her match in Henry Rearden whose measure of a man’s worth is what he can produce. When Rearden’s miracle metal puts other steel companies in danger, they band together, start buying off politicians and go to Washington. Rearden is a man of utter rectitude whose word is gold. He hates incompetence more than anything. His men love him and willingly give their all because they know he values their contribution and will reward them accordingly.

It’s an enormous story with an enormous backdrop revealing Rand’s vast knowledge of steel-making and railroads. She slips her objectivist philosophy into the narrative seamlessly by showing — by talking, not so much. Characters make speeches that go on for days, most notably, D’Anconia’s passionate defense of money, any paragraph of which would have served as a synecdoche for the whole thing, and John Galt’s “I Am John Galt” speech which is 20,000 words and literally takes three hours to deliver.

Rand anticipated the situation in which we now find ourselves.

The reporters who came to the press conference in the office of the John Galt Line were young men who had been trained to think that their job consisted of concealing from the world the nature of its events. It was their daily duty to serve as audience for some public figure who made utterances about the public good, in phrases carefully chosen to convey no meaning… They could not understand the interview now being given to them.

The government comes to see Dagny’s feckless brother Jim, President of Taggart Transcontinental to complain that TT’s superior rails and service are endangering the other railroads.

“Well consider the unions’ side of it,” whines one of Atlas’ interchangeable politicians. “Maybe you can’t afford to give them a raise, but how can they afford to exist when the cost of living has shot sky-high? They’ve got to eat, don’t they? That comes first, railroad or no railroad.’ Mr. Weatherby’s tone had a kind of placid righteousness, as if he were reciting a formula required to convey another meaning, clear to all of them…

“And then consider the public. The rates you’re charging were established at a time when everybody was making money. But the way things are now, the cost of transportation has become a burden nobody can afford. People are screaming about it all over the country.”

So the government forces TT to increase wages to the unions while lowering rates to the customers “in the public interest.”

The delightfully named Stanley Mouch (“Mooch”) serves as First Secretary to the mysterious Mr. Thompson, the head of state.

Mouch had summoned them all to Washington, as his friends and personal advisers, for a private, unofficial conference on the national crisis. But watching him, they were unable to decide whether his manner was overbearing or whining, whether he was threatening them or pleading for their help.

“Be sure they think it’s their own fault,” said Dr. Ferris casually.

“Whatever you do, don’t apologize,” said Dr. Ferris. “Make them feel guilty.”

“But it is their own fault,” said Eugene Lawson, turning aggressively to Dr. Ferris. “It’s their lack of social spirit. They refuse to recognize that production is not a private choice, but a public duty. They have no right to fail, no matter what conditions happen to come up. They’ve got to go on producing. It’s a social imperative… There’s no such thing as a persona matter-or a personal life. That’s what we’ve got to force them to learn.”

“Well, if you want to talk practice,” said Fred Kinnan, “then let me tell you that we can’t worry about businessmen at a time like this. What we’ve got to think about is jobs… If you want my advice-ohm, I know you won’t go for it, but it’s just a thought-issue a directive making it compulsory to add, say, one-third more men to every payroll in the country.”

Last week I almost quit. It was over Chick’s Special. Mr. Chick Morrison of Washington, whoever the hell he is, has gone on a speaking tour of the whole country-to speak about the directive to build up peoples’ morale… He demanded a special train for himself and party-a sleeper, a parlor car and a diner with barroom and lounge. The Unification Board gave him permission to travel at a hundred miles an hour-by reason, the ruling said, of this being a non-profit journey. Well so it is. It’s just a journey to talk people into continuing to break their backs at making profits in order to support men who are superior by reason of not making any.

So who is John Galt? He’s one of three pupils of the great moral philosopher Hugh Akston. The other two are D’Anconia and the pirate Ragnar Danneskjold. Galt is the inventor of a new energy source that would revolutionize civilization. But rather than turn it over to the government, he walks away. It is Galt who vows to stop the motor of the world. And he does.

Ragnar is Robin Hood in reverse. “Until men learn that of all human symbols, Robin Hood is the most immoral and the most contemptible, there will be no justice on earth and no way for mankind to survive.” Robin Hood, you see, stole from men who knew how to create wealth and gave it to people who didn’t.

I cannot compute all the money that has been extorted from you-in hidden taxes, in regulations, in wasted time, in lost effort, in energy spent to overcome artificial obstacles. I cannot compute the sum, but if you wish to see its magnitude-look around you. The extent of the misery now spreading through this once prosperous country is the extent of the injustice which you have suffered.

Dagny picks up a hobo who used to be a factory worker. He tells her what happened:

We voted for that plan at a big meeting, with all of us present, six thousand of us, everybody that worked in the factory. The Starnes heirs made long speeches about it, and it wasn’t too clear, but nobody asked any questions. None of us knew just how the plan would work, but every one of us thought that the next fellow knew it-and because they made it sound like anyone who’d oppose the plan was a child-killer at heart and less than a human being.

The government under Stanley Mouch draws up a bill called Directive 10-289 which, “in the name of the general welfare,” forbids anyone to quit their jobs under penalty of prison terms. All business must remain in operation. If the owners try to retire, the industry will be nationalized.

All patents and copyrights, pertaining to any devices, inventions, formulas, processes and works of any nature whatsoever, shall be turned over to the nation as a patriotic emergency gift by means of Gift Certificates to be signed voluntarily by the owners of all such patents and copyrights.

The government sends polite goons around to collect the certificates. The directive also forbids any new inventions. But the National Science Institute does manage to come up with an original idea of its own: a sonic ray that turns flesh to mush.

I quit when medicine was placed under State control, some years ago,” said Dr. Hendricks. “Do you know what it takes to perform a brain operation? Do you know the kinds of skill it demands, and the years of passionate, merciless, excruciating devotion that go to acquire that skill? That was what I would not place at the disposal of men whose sole qualification to rule me was their capacity to spout the fraudulent generalities that got them elected to the privilege of enforcing their wishes at the point of a gun.

I could go on. Rand certainly does. This book might have profited by some serious editing. This was her last work of fiction before devoting herself entirely to laying out her philosophy of objectivism, which holds that there are absolute truths and objective means of measuring them. The very word “objectivist” is anathema to liberals who deal in endless “sophisticated” variations of gray.

The solution Rand offers is for the men and women of industry and business to simply withdraw their skills and energies from the market rather than place them in the service of an evil socialist state. In “Atlas Shrugged” they go to a secret valley in the mountains. In real life, millions of Americans are reevaluating their efforts in light of the Obama administration’s punitive and senseless tax and spend policy. It is a viable option and one which every right-minded American must consider. And by right-minded, I mean Americans who understand the Constitution and the Bill of Rights, to whom the pursuit of happiness is holy but the guarantee of happiness is a cruel joke perpetrated by the present gang of looters in the White House and Congress who couldn’t make a buck if their lives depended on it.