“The past is never dead. It’s not even past.” – William Faulkner

“We will write our own future, and the future will be what we want it to be.” – Barack Obama

In a quiet and seemingly innocuous gesture, President Obama has designated 9/11 as “The National Day of Service and Remembrance.” Personally, I liked the ring of “Patriot Day,” and what does “service and remembrance” mean, precisely ? The idea is to get Americans to “engage in meaningful service to create change…in four key areas”: education, health, energy/environment and community renewal. None of these seems to have anything to do with honoring 9/11, but that seems to be the point: in the Huffington Post, Muslim-American playwright Wajahat Ali wrote, “In the US, we are trying to move away from focusing on 9/11 as a day of horror, and instead make it a day to recommit ourselves to national service.” An excellent Spectator article provides a blunter translation: “Nihilistic liberals are planning to drain 9/11 of all meaning.” Why? “They think it needs to be taken back from the right.” 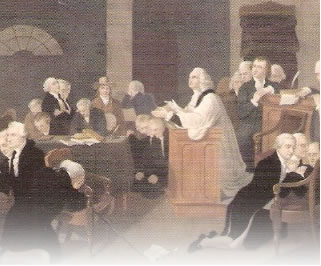 In other words, they resent the surge of patriotism and righteous outrage stirred up by the attacks, sentiments that empower the political Right. In order to advance the leftist agenda of dismantling American exceptionalism and recasting ourselves as the villain in our history books, they need Americans to put 9/11 behind us, forget the victims, forget that our enemy danced in the streets in celebration, forget that Islamic terror plots on our very shores continue to be disrupted, and forget that our rights and freedoms are under assault by a subversive civilizational jihad.

It seems impossible to believe that that morning could be forgotten – just as it was once impossible to believe that our government could erase “jihad” and “Islamic” and “terrorism” from our national lexicon, preventing us from even naming the enemy, or that an American President could proclaim us no longer a Christian nation, but rather one of the world’s largest Muslim countries. There was a time when screenwriter Cyrus Nowrasteh‘s extraordinary 2006 ABC miniseries The Path to 9/11 was going to be shown in schools across this country and be aired every 9/11 anniversary – until the Clinton administration, wanting you to forget their flaccid response to the growing threat of Islamic extremism, and fearing the show would tarnish their political legacy, pulled out all the stops to suppress it; it very nearly wasn’t aired, and today you can’t even obtain it on DVD. (This whole story has been related fascinatingly in John Ziegler’s must-see documentary Blocking the Path to 9/11). It’s impossible to forget that morning only if we fight to keep its memory alive.

Americans can commit themselves to public service any or every other day of the year; 9/11 should be reserved for solemn remembrance and renewed commitment to preserving American security, values and sovereignty. A day of greening your neighborhood? I’m all for planting trees, but what does “green” have to do with 9/11? Only that it’s the color of Islam. But if the President insists, allow me to suggest some service appropriate to the day:

Education? How about this: educate yourself and your children about 9/11 and about the continuing Islamist threat – not only of overt acts of terrorism, but the insidious dangers of “stealth jihad” and “creeping sharia.”

Environment and community renewal? Okay, beautify your block by flying the Stars and Stripes. It sends a simple but unmistakable message to the enemy and their useful idiots that, unlike our post-American President and his fawning media, you are proud to be American; you believe in American exceptionalism; you believe that making this day about installing fluorescent light bulbs trivializes the memory of 9/11’s victims; and you will never let their deaths be in vain or erased from history.

Eight years ago, nineteen fanatical Muslims turned hijacked aircraft carrying hundreds of terrified passengers into missiles targeting symbols of American might. Nearly 3000 innocents died horribly that day, including hundreds of courageous, selfless first responders making a superhuman effort to rescue their fellow citizens. The hijackers are regarded by their fellow Islamists as heroes and martyrs in the cosmic war against the Great Satan America. That war is by no means over, and thus, in the Faulknerian sense, neither is 9/11. We owe it to the victims to keep this day alive in our hearts and national consciousness – and not allow the Left to bury it.