Almost before the echo of gunfire from the massacre at Ft. Hood had faded, the news media launched a pre-emptive rationalization for the slaughter committed by Muslim traitor Nidal Malik Hasan. To divert attention from the shooter’s inconvenient name (“I cringe that he’s Muslim,” said Newsweek‘s Evan Thomas), the talking heads began speculating sympathetically about the fragile mental state of poor frazzled Hasan, who had never seen combat but nonetheless must have “snapped.” After all, surely there could be no rational, ideological motive for the mass murder, which President Obama labeled “incomprehensible.” And “it’s certainly not about his religion, Islam,” denied Senator Lindsey Graham. Indeed, from listening to such “experts” as irrelevant diet book author Dr. Phil (“this is not a well act“), you’d think that Hasan was the victim, not the fourteen dead* and the nearly thirty seriously wounded that he left in his heartless wake. Even as a mountain of accumulating evidence irrefutably exposed Hasan’s act as premeditated violent jihad against the U.S. military, stubborn left-leaning commentators clung to their theory of mental derangement. 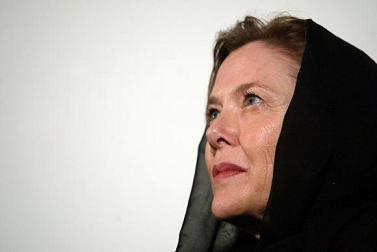 Meanwhile the national discussion has segued to our own collective insanity, political correctness, which we are now discovering paved the very way for the massacre. It is this cultural and mental straightjacket that forced a U.S. Army general to say diversity is more important than losing American lives; that compelled our Homeland Security Secretary to reassure the Arab world that we’re doing everything we can to protect against a mythical Muslim backlash; that prevented people from speaking out about red flags that could have saved the lives of everyone murdered at Ft. Hood; and that prevents our officials from even naming the enemy. No such ailment afflicts the jihadists, however, who are celebrating Hasan as a hero, who have no problem acknowledging his ideological intent, and who recognize our political correctness as a self-inflicted fatal wound. Unlike our leaders and media elites, they don’t sap their wartime focus with hand-wringing and navel-gazing.

Also unlike us, they have no problem asserting their values in the war’s crucial cultural front, either, a theater of operations where we are weakest. A burgeoning Arab film industry, for example, in partnership with Hollywood, is set to make unapologetic and positive cinematic portrayals of Islam as important an export as oil. Abu Dhabi is investing $1 billion in movie productions over the next few years. Crash and In the Valley of Elah screenwriter Paul Haggis recently taught a screenwriting master class in Dubai to fifty promising and “socially and politically astute” writers. A Qatari media company is pairing with Lord of the Rings producer Barrie Osborne on a $150 million biopic of the Muslim prophet Mohammed – “a profound genius,” says Osborne, “who founded a religion whose name in Islam signifies peace and reconciliation. This is what our film will aspire to do.”

Very high-minded, if misinformed. But what’s wrong, you ask, with such multicultural bridge-building in this time of conflict between Islam and the West? Well, here’s an eyebrow-raiser for you about the Mohammed biopic: its “technical consultant” is Sheikh Yusuf al-Qaradawi, the vastly influential spiritual leader of the Muslim Brotherhood, a Sunni movement whose aim is the imposition of Sharia worldwide and “the destruction of Western civilization from within.” Al-Qaradawi has issued fatwas in support of suicide bombings in Israel, attacks on coalition soldiers in Iraq and Afghanistan, and the execution of Jews and gays. With him guiding the project, it’s starting to sound less like an effort to promote “peace and reconciliation” and more like a propagandistic Trojan horse. Certainly not every film in the forthcoming cinematic wave out of the Middle East will have a dark design; but do not doubt that the Islamists recognize the cultural impact of cinema, or that the seemingly benign partnership is useful to their agenda.

And does the cultural exchange run both ways? Is Hollywood equally as eager to export Western values and a positive portrayal of America? I think we all know the answer to that. And why should we expect otherwise? For decades Americans have been conditioned and intimidated by political correctness, and indoctrinated by its handmaiden multiculturalism, to believe that all cultural values and practices are equally valid – except Western culture, which we’re taught is the domain of white male imperialists, racists, and slavers. And Hollywood continues to be at the forefront of the dissemination of that world view, too often denigrating America and whitewashing radical Islam.

Hollywood may be out of touch with the “flyover” Americans between L.A. and New York, resulting in war-on-terror box office flops like Rendition and Lions for Lambs, but don’t underestimate the influence of its persistently blame-America-first propaganda on young audiences, on coastal elites, and on those countries that hungrily absorb the culture we export. Every time Hollywood makes a Syriana, which has been used as a recruitment tool to radicalize young Muslims; or a Redacted, which has also been used to inflame Muslim opinion against the raping, murdering American occupiers; or a Body of Lies, whose opening quote – “Those to whom evil is done do evil in return” – asserts that Islamic terrorism is just America’s chickens coming home to roost; or a Flightplan, in which you are manipulated into suspecting that the Muslims aboard an airplane are terrorists (Hitchcockian twist: they’re not!); every time Hollywood makes such thinly-veiled agitprop, the PC message is reinforced here and abroad that we are the bad guys, that America’s geopolitical meddling, not global jihad, is the genesis of Islamic terrorism. And therefore we can only end the Big Overseas Misunderstanding, or however President Obama is euphemizing the war on terror these days, by groveling and making amends – which is indeed his strategy for resolving it (resolving, not winning – remember, he’s not comfortable with the word victory).

Our President, who considers it his duty to combat “negative stereotypes of Islam wherever they appear,” is openly pursuing a globalist future in which America abdicates as a superpower. Leftist Hollywood marches in lockstep with that post-American agenda (“It’s an Obama world,” said the director of GI Joe: The Rise of Cobra, a movie scrupulously scrubbed of pro-American symbolism and real-world enemies – like jihadists). This subversive alliance is a prescription for cultural implosion, and an ascendant Islam is positioning itself to fill the void.

Think this is all alarmist, Islamophobic nonsense? It could never happen here, you say? Well it won’t if we do something about it. But if you want to see what a country looks like that has been gutted by multiculturalism, political correctness, and tolerance of the intolerant, and yet which continues to think “it can’t happen here,” see what has become of England. A hundred years ago the sun did not set on its empire; more recently it still stood tall under Churchill and then Thatcher. Now, harboring radical imams and embracing Sharia, it is teetering on the brink of cultural – and even literal – civil war with an unassimilated, radicalized Muslim population that is aggressively uni-cultural. Who could have imagined that this would be England’s future? Only the Islamists could. Back on our shores, Pamela Geller of Atlas Shrugs believes that the maddeningly tentative official response to the Ft. Hood assault is indicative not just of political correctness, but of de facto Sharia, and that we are already “witnessing an Islamized America.”

The PC multiculturalist agenda, which Hollywood has often taken the lead in pushing, is a cancer that kills people and corrodes countries. It is the insidious source of all our misplaced “Why do they hate us?” agonizing. Not only is it undermining us in this clash of civilization versus barbarism, but it could prove to be the single most critical factor that will result in America’s defeat. But a Hollywood that unashamedly celebrates the American values that this country and the world hunger for can also take the lead in reversing that agenda’s damage; indeed, I believe such a cinematic wave is coming – but that’s a topic for another day.

* The media report thirteen dead, but one of his victims was three months pregnant, which in my book raises the count to fourteen.