Is “The Americans” Anti-American?

In an earlier Playbook, one of the commenters asked if I thought the FX series “The Americans” was critical of America or an attempt to make the old Soviet Union look good in some way.

Not “Mad Men/Sopranos”-great, but still great.

The second season concluded last week. I’m through the fourth of fifth episode of season two.

For those of you who haven’t seen it, “The Americans” is a television series set during Reagan’s first term. Two devoted Soviet spies (Keri Russell and Matthews Rhys), trained to blend in as Mr. and Mrs. Joe and Jane America in the Virginia suburbs of Washington DC, fight the Cold War using violence, drugs, blackmail, extortion, sex, murder, polygamy… Any means necessary.

Afterwards, they go home to a perfect suburban home that contains their two unsuspecting American children. The daughter is now at an age where she’s questioning everything, including her parents strange hours, disappearances, and values. Living nearby is a dedicated FBI agent (Noah Emmerich) who doesn’t know the spies he’s tracking have been over for beers and barbecues.

Nothing I’ve so far seen in the series raises any red flags. Elizabeth and Philip (Russell and Rhys) are our protagonists, but the dirt they deal and the people they use and hurt for The Motherland is unflinching. Moreover, the Americans who turn traitor are almost always portrayed as losers or worse. In an early second season episode, a scumbag assassin’s last words were against Reagan. Not exactly a ringing endorsement of his critics.

The episode I saw last night was both brilliant and hilarious. Elizabeth and Philip are freaked over the fact that their daughter has found Jesus. She’s now praying and reading the Bible. But these two discuss “the problem” as though she’s using heroin.

The protagonists complain about American capitalism and consumerism but that doesn’t seem to be the point of view of the show. If you want to see a series that (appropriately) blasts American consumerism, watch any episode of “The Sopranos.” Sure, in “The Americans” people are shown living nice lives in suburban Virginia, and you do sense a contrast in scenes set in what we used to call the ghetto, but that’s reality.

“The Sopranos” brilliantly exposed how shallow consumerism hollowed out souls. Nothing in “The Americans” hits that note. If anyone’s soul is being corroded, it’s Elizabeth’s and Philips’s. You get the sense they understand that they, their children, and most Americans live fulfilling lives. Their arguments against our way of life are all hollow platitudes (Religion “is the opiate of the masses”) and a sense of loyalty based on nothing deeper than “The Motherland.”

No, the show doesn’t flinch from the black ops the American CIA and FBI were/are into, but as of now the diabolical behavior of Elizabeth and Philip makes our side look like Boy Scouts.

The series/season could still take a wild turn. So far, though, if I knew nothing about America and the Soviet Union other than what I’m learning on the show, I know whose flag I’d salute.

Sigourney Weaver Would Like to See the ‘Alien’ Story ‘Finished’ 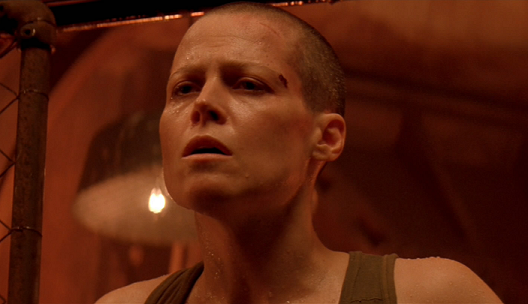 …actress Sigourney Weaver is game for a fifth “Alien” film.

“I didn’t want to make four and five in a bundle,” she said. “I think it’s hard to make these films all in a big lump. You need time to sort of let things resonate, so I can imagine a situation where we could at least finish telling [Ellen’s] story. I think that would be very satisfying, at least to me.”

With the right script and director, this is the kind of franchise that can go on forever. The aliens will never lose their power to fascinate or terrify.

The question is, though, do we care about Ellen Ripley? I would have to say no. That character feels played out. Besides, the real Ripley died in “Alien 3.” All that remains is that Ripley/Alien cloned hybrid.

Empire has polled its readers to rank The 301 Greatest Movies of All Time and it’s just so … expected.

Doesn’t anyone ever get off the pop culture/film school/Entertainment Weekly/Criterion Collection reservation? There is no right or wrong when it comes to taste or these lists. That’s not my point. The list isn’t stupid or lame or in any way wrong.

That’s not my point. 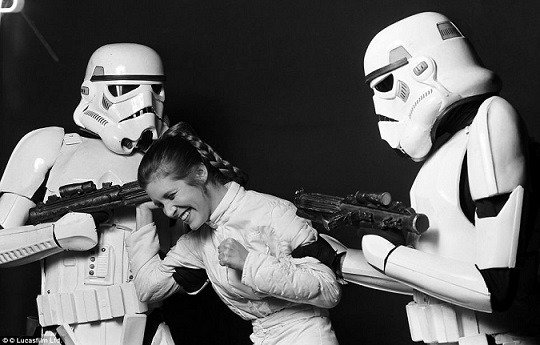 You would think, though, that with tens of thousands of movies now readily available to anyone interested that these lists would start containing a few surprises. Where’s…

To Have and Have Not, The Good Earth, Sunrise, Only Angels Have Wings, Dead End, I Remember Mama, Giant, Public Enemy, A Night at the Opera, King Creole, Where the Sidewalk Ends, Strangers On a Train, Mrs. Miniver, Elmer Gantry, The Agony and the Ecstasy, They Were Expendable, Out of the Past, Lust for Life, Shenandoah, The Bandwagon, Rio Bravo, El Cid, The Train, The Professionals, Ace In the Hole, Boomerang, I Was a Fugitive from a Chain Gang, Meet Me In St. Louis, Mildred Pierce, Ninotchka, The Sign of the Cross, Sergeant York,  The Sea Hawk, The Human Comedy, The Asphalt Jungle…

I could go on until the Internet runs out of room.

I’m not being a snob. These were all commercial films in their day. And almost all of them found an audience. They are also fabulously entertaining classics.

But the Tastemakers and the Thought Leaders and the Scholars and the films schools and all the rest aren’t terribly interested in these titles, so neither is anyone else?

I’m a fan of almost every single one of the 301 films listed, and 50 to 75 of those titles would undoubtedly be on any list of my personal 301 favorite films. Maybe more.

All I’m saying is that there is a great big, beautiful and bountiful world of spectacular movies out there. After 35 years of being a film addict, I’m still discovering new genres, directors, and eras. At 48 years old, I’m actually starting to stress over the fact that I’m running out of time to see everything I want to see — I’m even worried there aren’t enough years left in me to give my movie the collection the time it deserves, the time I dreamed of giving it.

I would venture to guess that if you were to simply watch every available film starring Jimmy Cagney, Edward G. Robinson, Errol Flynn, Barbara Stanwyck, Claude Rains, and Greta Garbo, that you would find no less than 20 movies you’d add to that list at the expense of 20 others.

Get off the beaten path.

‘The Fault In Our Stars’ Looks Like a Sleeper

“The Fault In Our Stars” opens Friday and is already the biggest pre-seller in Fandango’s history for a romance film. Overall ticket sales for the $12 million teen romance are beating Tom Cruise’s $178 million sci-fi epic “Edge of Tomorrow” (which also opens Friday).

The film is based on a best-seller about two teenagers who meet and fall in love at a cancer support group. She’s a terminal case.

Adding to the “sleeper” feel are some positive early reviews.

As I’ve noted previously, something bizarre is happening to this summer’s blockbusters. The L.A. Times suggests the studios are legitimately concerned with the second weekend drop-off of ticket sales for every big film released so far this season. The trend appears to be getting worse every year. 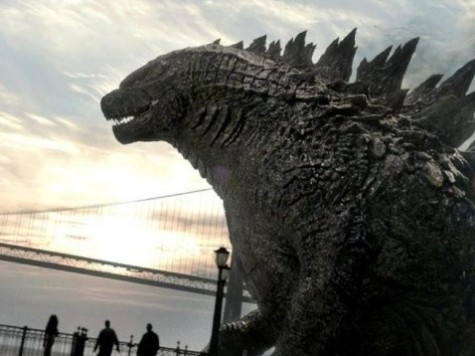 The box office for “The Amazing Spider-Man2,” “Godzilla,” and the new “X-Men” dropped 61%, 67%, and 64% respectively. This isn’t unheard of, but three in a row is. This summer’s “Captain America 2” was the unofficial start of the movie season and itself dropped 56% in week two.

The story quotes film veterans who believe movies are becoming more disposable or blame the rise of digital. If you miss the opening weekend hoopla, the logic goes, wait for Netflix and see this weekend’s shiny new toy instead.

Here is the rub:

The economics have studios concerned. Customer retention is a key benchmark for any business, and if the industry cannot get people to see a movie a week after it’s out, it’s not only losing valuable box-office dollars but also losing a capacity for relevance. If studios can’t get audiences to remember these movies after just seven days, what happens when a sequel is supposed to hit in two years?

In contrast to television, movies aren’t generating the kind of ongoing water-cooler buzz that makes screen entertainment fun in the first place. A few summers ago, films hung around for at least a few weeks, allowing us to catch up and discuss without feeling like we’re picking at stale bread.

Dear Hollywood: When you make movies aimed only at ADD-addled teenagers, what the hell do you expect?

Teenagers have no sense of nostalgia or emotional loyalty to much of anything. They’re teenagers! It’s all about what’s hot, what’s now, what’s new, what’s happening, what’s in.

When I was a teenager in the early eighties, it was different. If you didn’t see a movie in a theatre, you might never see it. After home video came a long, that was really about having the chance to see an awesome movie again.

But by then we were already loyal to Clint and Harrison and Sly, Charles, Chuck, Eddie, Chevy, Marty, Steven, George and  the rest.

Because of digital, movies are freakin’ everywhere today. The idea of running to the video store or — God forbid — waiting for HBO to broadcast a title is as impossible for today’s teen to grasp as radio shows were to my generation. It’s all at your fingertips now, LITERALLY.

Hollywood has all but stopped making movies for anyone but those who see pretty much everything, including movies, as something as  disposable as cheeseburger.

Which is a shame.

Some are good, some are bad, but movies enrich your life in countless ways. And now we have a generation growing up without being socialized into an appreciation of a treasure that’s become too close for them to see.

Karl Schanzer, Who Inspired Coppola’s ‘The Conversation,’ Dies at 81

’22 Jump Street’ Early Reviews: A Sequel That Matches The Original

“Mandela” Screenwriter: “12 Years a Slave” Sucked Upp All the Guilt about Black People