The bubble of stupidity that the left in Hollywood lives in is dangerous to the health and security of our nation.

I am forever amazed at how shallow and out of touch most of the “Hollywood Elite” are. These are the over-privileged, over-pampered, over-publicized, over-themselves stars who do not walk among the great unwashed but stride above them like Colossus.

Yesterday, one of the Hollywood elite held fundraiser at her L.A. home for President Barack Obama. I have always had a crush on Gwyneth Paltrow and love her work–and still do even though I read in The Hollywood Reporter about her comments she made at the fundraiser:

Does this alarm you?

This is the feeling of most who affect the culture of our world. They have a misguided view of what the issues are. Except when it comes to global warming, sustainable energy and equal pay. For the Hollywood elite, these issues supersede national defense, the economy and keeping us safe.

Let’s start with equal pay. The President at this event said, “Most of the gains in our economy go to the folks who are in this lovely yard–and the average person has not seen their wages or incomes go up in the last 20 years.”

I can feel the thrill up everyone’s leg in the room as he said this and their passionate agreement. What a steaming pile of horse shit! Equal pay … do they really give a red rat’s ass for the “average person?” This is the hypocrisy of the left in Hollywood.

For years in film, I have been told we can’t pay anyone because the “star” has taken all the money. So if you want the part you must take a lot less. The star is getting $15 million, but everyone else is on a schedule F.” If you guys care so much about equal pay why don’t you share the wealth?

Instead of, say, $5 million or $10 million or $15 million a film, why don’t you say, “OK, I want to spread the wealth and increase the wages of my fellow workers, so give me half of my fee and then spread the other half among cast and crew.”

Wouldn’t that be wonderful?

I fully understand the value in foreign sales and the other factors that go into determining the fees of these valuable talents, but let me say no film relies on just one person. Entertainment is a collaborative effort. Who would pay $20 million dollars to watch Ben Affleck eat a slice of pizza for 2 hours? 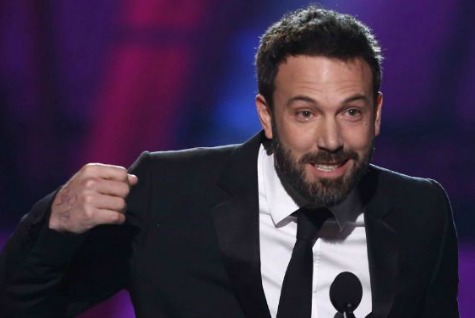 And speaking of Affleck, another talent I respect, I watched him on Real Time with Bill Maher last Friday and was a bit farmisht. I mean Affleck was articulate, but he spoke at such a speed and without the least interest in listening to what anyone else was saying, almost in a bullying sort of way.

He seemed to talk down to his fellow panelists, as if anyone who could possibly disagree is an idiot. Well, I for one find that terribly offensive.

There are many pundits who are accused of stream rolling over their guests, but that is expected. I do not expect it from such a talented actor/director. If we do not listen to each other we will never learn or grow but remain stuck in our own prejudices.

I wish William Buckley, Jr. were alive. He would take apart the logic of these well-meaning celebrities like a skilled fencer.

I wasn’t there at the Paltrow fundraiser, but I’m almost certain none of those in attendance had the balls to ask President Obama about the inconsistencies in some of his decisions, his misrepresentations, his misjudgments and his underestimations.

No, none of that. Just blind worship.

These are some of the same “elites” that equate Evangelical Christians with radical Islam, or wish to say America is at fault. Oh yes, they would rather condemn Christianity and Judaism than ever speak out against those that want to destroy our freedoms or are committing genocide against Christians.

As Islam has been hijacked so, too, has the Hollywood left. They live among themselves, enjoy privileged education and drink the Kool-Aid of the radical Left. All the while traveling in private jets on route to the next conference on global warming.

I do not mean to infer that these are not wonderfully well-meaning folks, but the road to hell is sometimes paved with good intentions. What is unconscionable is not holding the administration accountable for failed foreign or domestic policies.

Which brings me to Leon Panetta and how the Left is not questioning the president’s failed, misguided policies. Instead, they are pissing on Panetta for telling the truth and exposing that Obama has dropped his pants. We must be steadfast in our ability to be critical of our leaders.

When the Emperor is not told by his supporters he may be wrong, they are as culpable for what happens as he. There are negligent crimes being committed to the country by both parties, but for now it is the Left and those that, in their silence, are complacent.

I must admit being next to power of any sort is intoxicating. It makes one feel special, in the know, on the inside, but it must not stop those from seeking the truth and having an honest, direct dialogue even if it means being critical.

Your responsibility is to the country, not the cult of personality. But guess what, that is what Hollywood operates on, talent aside, of course. It would be nice to read some time that the supporters at a fundraiser while opening their pockets, opened their mouths and held their candidate accountable and not act as sycophantic lap dogs.

Is that too much to ask?