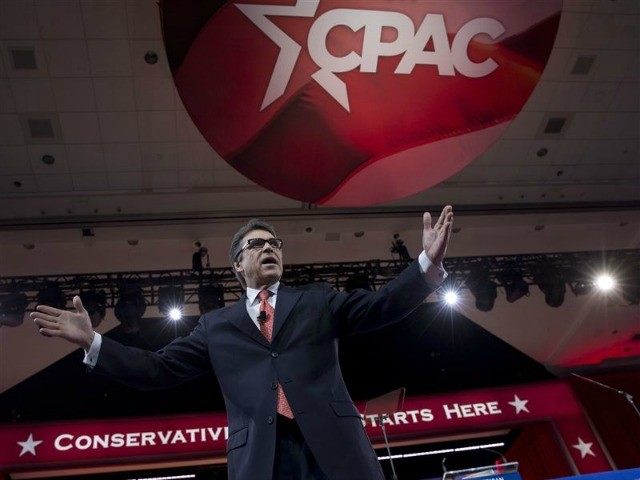 So while I am waiting for the water heater to be replaced, I decided to write about the CPAC thrill of finding the next GOP presidential candidate.

While it is too early for anyone to tell how the field will eventually play out, it is interesting to see presidential hopefuls take on the challenge of becoming leader of the free world–if there is a free world to defend in the coming two years.

The damage done by the current administration’s vision for the world has brought us to the precipice. You see, unlike climate change or global warming, where the science on what is man’s contribution to the changes can be debated, there can be no debate on man’s contribution to world events and the weakening of an America that the world once looked to for moral clarity.

I do not like the America the Obamas, Ayers, Wrights, Kerrys, Holders, and the rest of the progressives are so ardently trying to shape. We now know it is the direction the Democrats will take the nation.

It is time for others–the GOP, independents, libertarians, and whoever else is throwing their hat in the ring–to not just spew soundbites, but to have a cohesive plan for America.

So many times during this process I have been surprised that a group of people who want to be president do not have a plan!

The Role of a Lifetime

When an actor auditions for a part, he must do what is necessary to get that part. He must embody the essence and become the character, make choices that will convince those hiring him he is the one for the part.

It should be even more intense with those wishing to run for president, but oddly this is not so.

I find a certain lack of being “to the manner born.” I mean, here you are saying you want to be leader of the free world, and yet there is a terrible lack of seeming presidential and almost a lack of being human.

I hear a lot of speaking at, but not a lot of communicating to or with. Great acting requires the communication of spirit. It is imbued with a sense of process, not by rote or memorization. Denis Diderot wrote a treaty on acting, called “Masks or Faces,” which best exemplifies this.

The ideal is seeing a face, a living human, who has a certain humanity, compassion, and is able to commune deeply with the audience.

What I find for the most part are answers where the preparation is featured and not the ideas that brought the thinking about in the first place. So a kind of hollow, two-dimensional presentation is put forth and not a multi-faceted one which resonates on a deeper level and, in my humble opinion, is absolutely imperative for being elected.

Now, while all those running are good people, there is one I have observed who possesses humble sincerity. He may not get enough support from the establishment, yet there is something about Dr. Ben Carson that I feel we must really begin to take seriously.

Does the candidate have the intellectual gravitas not to sell us ideas and be hucksters, but to convince the populace how he sees the world and what he will do to rehabilitate America’s place in it? Can he unify a nation gasping for leadership?