Hilton Hotels heiress Paris Hilton became the latest celebrity to visit Cuba over the weekend, taking in the sights of old Havana, attending a cigar festival, and meeting with former leader Fidel Castro’s son, Fidel Castro Diaz-Balart, while documenting most of her trip on Instagram. 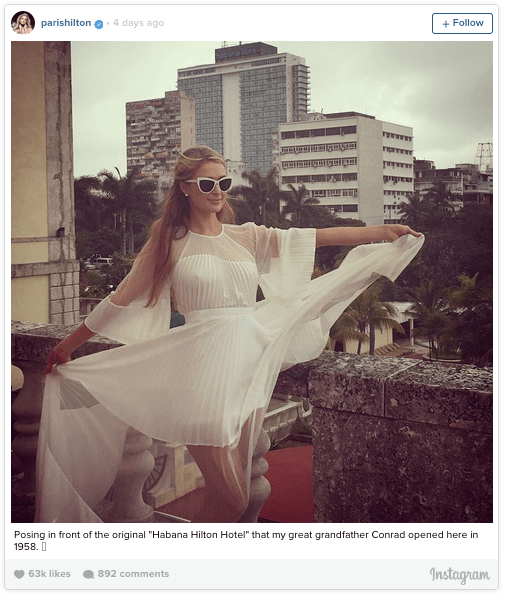 The socialite and former Simple Life actress posed in front of the Hilton hotel her great-grandfather opened on the island in 1958, the Habana Hilton. The hotel was nationalized, and its name was later changed to Habana Libre after Fidel Castro came to power. 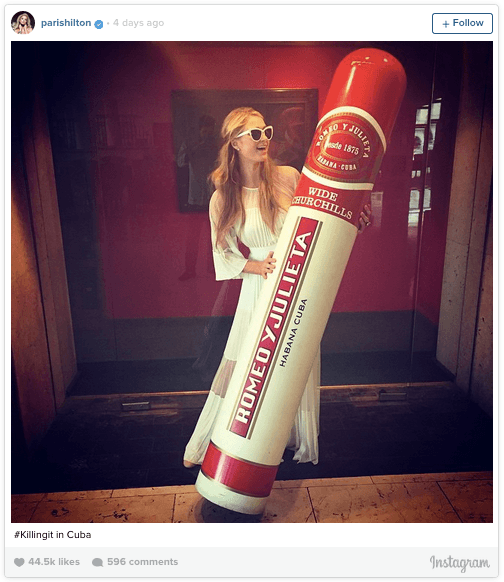 Hilton was joined on her trip by supermodel Naomi Campbell, according to Fox News Latino. The pair participated in the 17th annual Cigar Festival, where Hilton managed to take a selfie with Fidel Castro’s son, Fidel Castro Diaz-Balart. 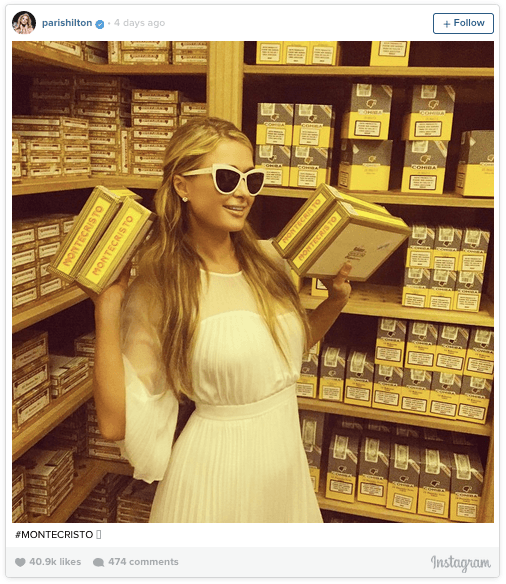 After her trip to Cuba, Hilton continued on to Jamaica, ostensibly to get some much-needed R&R.

Hilton became the latest celebrity to visit the once heavily travel-restricted country since the thawing of relations between the U.S. and Cuba late last year. In February, late night TV host Conan O’Brien filmed an episode of his show Conan there. The episode airs on Wednesday.