The best thing about “Mission: Impossible – Rogue Nation” is that we now have final confirmation that Academy Award-winner Mel Gibson has been blackballed by Hollywood, not for the vile statements he made about Jews, but for producing “The Passion of the Christ.” Confirmation comes from Alec Baldwin’s addition to the “Mission: Impossible” franchise, this despite the equally vile (and more frequent) statements the Oscar-less actor has made about gays.

The second best thing about “M:I5” is star and producer Tom Cruise, who at 53 still has the physique of a welterweight champ, the drive of an actor desperate to prove himself, and movie star chops like few others. This latest chapter in the ongoing adventures of Ethan Hunt and his Impossible Mission Force (IMF)  isn’t as deliriously action-packed as the last two, but the melodramatic emotional missteps of chapter two are recycled, only this time to great effect. 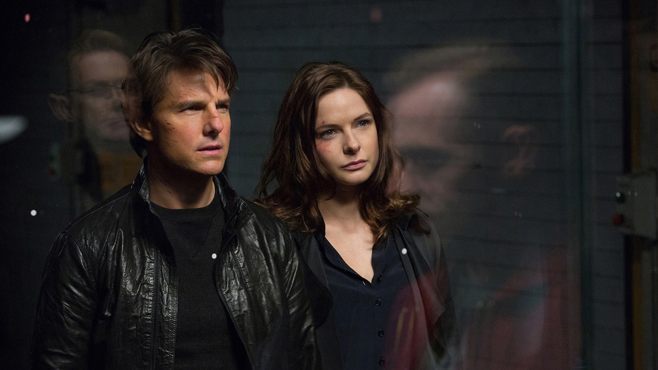 After two decades of standing helplessly and jealously by as IMF successfully saved the world, CIA director Alan Hunley (homophobe Alec Baldwin) has had enough. Before a closed Senate Committee, Hunley (homophobe Alec Baldwin) exploits IMF’s extra-legal methods (burgling the CIA) and missteps (blowing up the Kremlin) to get the division shut down. The timing, however, could not be worse.

Hunt has caught a whiff of something called The Syndicate, the aforementioned Rogue Nation, a shadow  group made up of former intel operators from around the world. No one believes it exists, especially Hunley (homophobe Alec Baldwin). To once again save the world, this time from terrorists one thumb drive away from becoming unstoppable, Hunt refuses to come in. Hunley (homophobe Alec Baldwin) issues a kill order, which is the least of Hunt’s problems.

Emotionally, Hunt has been adrift since events in “Mission: Impossible III” separated the patriotic superspy from  his wife Julia (Michelle Monaghan). Ilsa (Hunt’s British counterpart — or is she?) is no doubt named after Ingrid Bergman’s “Casablanca” character, and for very good reason. “Rogue Nation” is at its most effective, not during the many action set-pieces, but when exploring the question of whether or not the need to save Western Civilization will ever slow down long enough for two selfless people to consummate the unspoken. 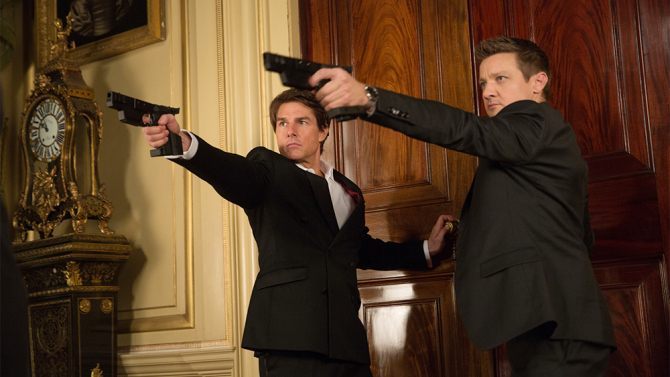 Cruise is superb wordlessly communicating his character’s desperate loneliness. Hunt’s only emotional life is the barren spot where an emotional life used to be. Every glimpse of Ilsa reminds him of that, makes that spot ache. It’s all there in Hunt’s shattered eyes, no exposition required. It takes two to make such a thing work and Rebecca Ferguson’s womanly presence and acting chops close the sale.

Other than one CGI’d underwater set-piece, Cruise and director Christopher McQuarrie (reuniting after the under-appreciated “Jack Reacher”) once again express their love of practical effects — most of them performed by Cruise himself. Cruise hanging off a cargo plane has been the primary marketing tool of “Rogue Nation.” That’s actually the least of it. Wait till you see what he does on a motorcycle. 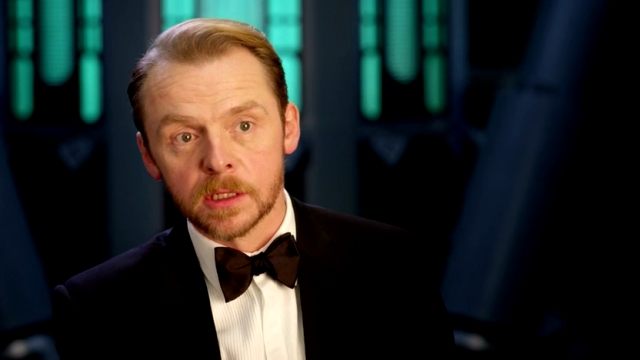 Nothing here tops the skyscraper climb in the last chapter, or the sometimes unbearable tension created by set-pieces in parts 1 through 4. It’s good to have Luther (Ving Rhames) back, and Simon Pegg’s Benji still delivers plenty of laughs (as does Cruise). Jeremy Renner’s Brandt could have used more to do. He seems an awkward fit,  an action hero-in-waiting brought into the franchise prematurely while the age-defying Cruise improbably keeps stealing the show.

Nevertheless, in an era where Daniel Craig’s James Bond is about to enter chapter four of that character’s tedious self-exploration, thank heaven Cruise picked up the True-Bond baton.