LAS VEGAS (AP) — The Miss Universe contestant from the Philippines is this year’s winner but for one brief moment Sunday evening, it appeared as if it might be a repeat win for Colombia.

Harvey says it was his mistake and that he would take responsibility for not reading the card correctly that named contestant Pia Alonzo Wurtzbach this year’s winner and Colombia the first runner-up. Talking with members of the press afterward, Harvey and an executive for pageant owner WME-IMG called it human error. 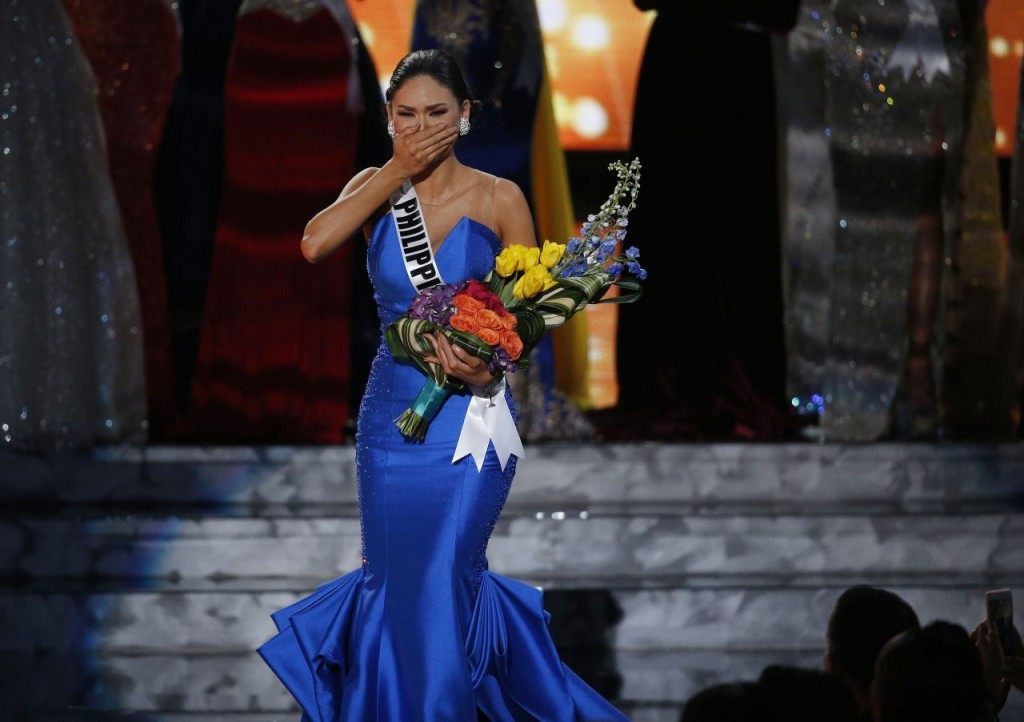 Miss Philippines Pia Alonzo Wurtzbach reacts as she was announced as the new Miss Universe at the Miss Universe pageant on Sunday, Dec. 20, 2015, in Las Vegas. Miss Colombia Ariadna Gutierrez was incorrectly named as Miss Universe before her crown was taken away. (AP Photo/John Locher)

“Nobody feels worse about this than me,” he said.

I'd like to apologize wholeheartedly to Miss Colombia & Miss Philippines for my huge mistake. I feel terrible.

Secondly, I'd like to apologize to the viewers at that I disappointed as well. Again it was an honest mistake.

I don't want to take away from this amazing night and pageant. As well as the wonderful contestants. They were all amazing.

A mystified Wurtzbach appeared stunned as she walked to the front of the stage alongside the crown-wearing Arevalo before last year’s Miss Universe from Colombia removed the crown and placed it on Wurtzbach’s head instead. 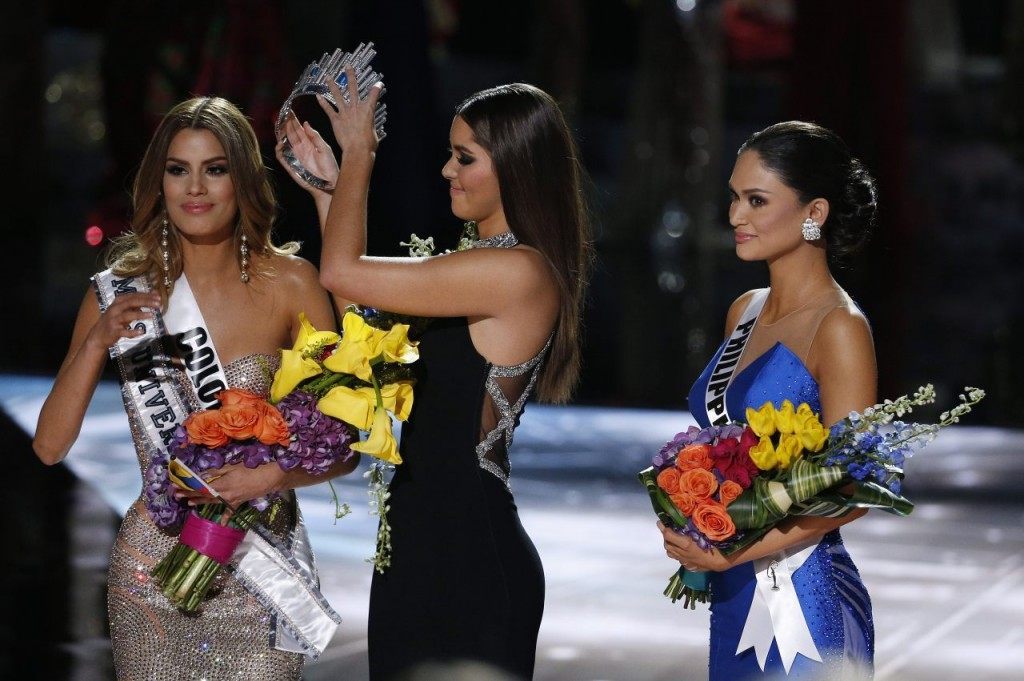 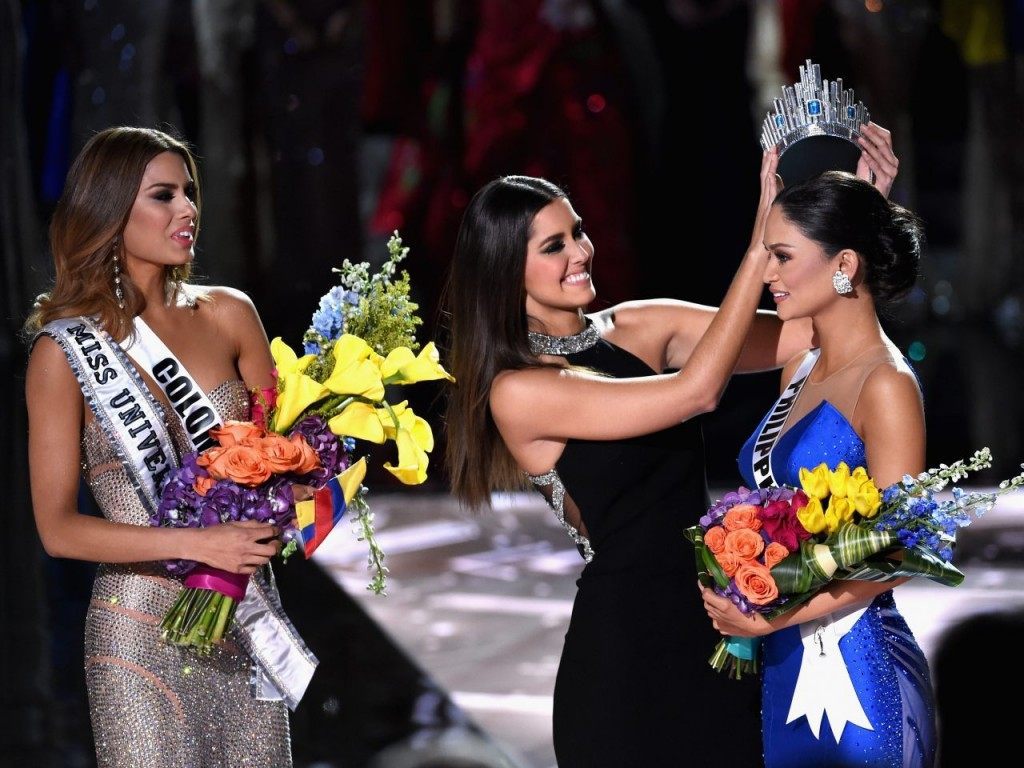 Even before Sunday night’s inexplicable oops moment, the pageant was involved in another controversy when a backlash against the pageant’s former owner Donald Trump led Univision to pull out of the broadcast and the businessman to sell it in September.

The competition started with women representing 80 countries between the ages of 19 and 27. For the first time, viewers at home weighed in, with their votes being tallied in addition to four in-person celebrity judges.

NBCUniversal and Donald Trump co-owned the Miss Universe Organization until earlier this year. The real-estate developer offended Hispanics in June when he made anti-immigrant remarks in announcing his Republican presidential run.

That led Spanish-language network Univision to pull out of the broadcast for what would have been the first of five years airing the pageants and NBC to cut business ties with Trump.

The former star of the “Celebrity Apprentice” reality show sued both companies, settling with NBC in September, which included buying the network’s stake in the pageants. 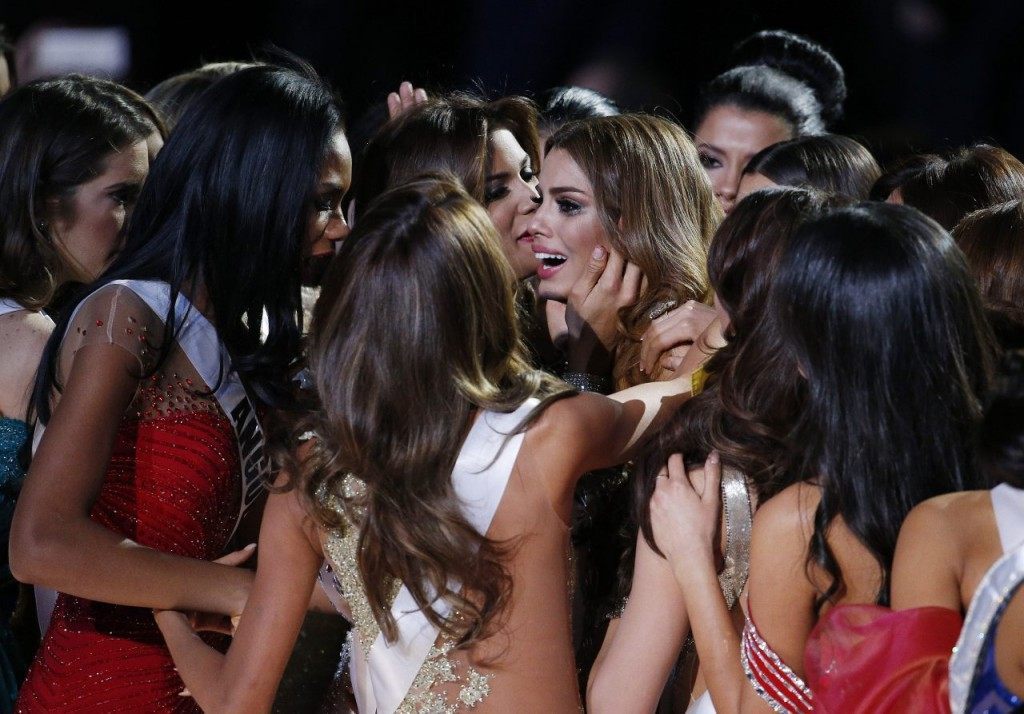 On Sunday, Philippines presidential spokesman Edwin Lacierda didn’t address the controversial win but said, “in bagging this victory, Ms. Wurtzbach not only serves as a tremendous source of pride for our people, but also holds up the banner of our women and of our country-as a true representative of what the Filipina can achieve.”

It’s the third time a contestant from the Philippines has won the title. It could have been the second win in a row for Colombia.