LOS ANGELES — The Rev. Al Sharpton led a rally Sunday afternoon around the corner from Hollywood’s Dolby Theater to protest the lack of diversity among this year’s Academy Award nominees.

Joined by members of his National Action Network (NAN) advocacy group bearing signs reading “Shame on you” and  “Boycott #OscarsSoWhite,” Sharpton spoke briefly to several dozen demonstrators, telling the entertainment industry it is “out of time” to address its “systemic” diversity problem.

“We are not going to allow the Oscars to continue,” he added. “This will be the last night of an all-white Oscars. We intend to go to advertisers, we intend to mobilize all over the country. This is an insult to Americans of all races.” 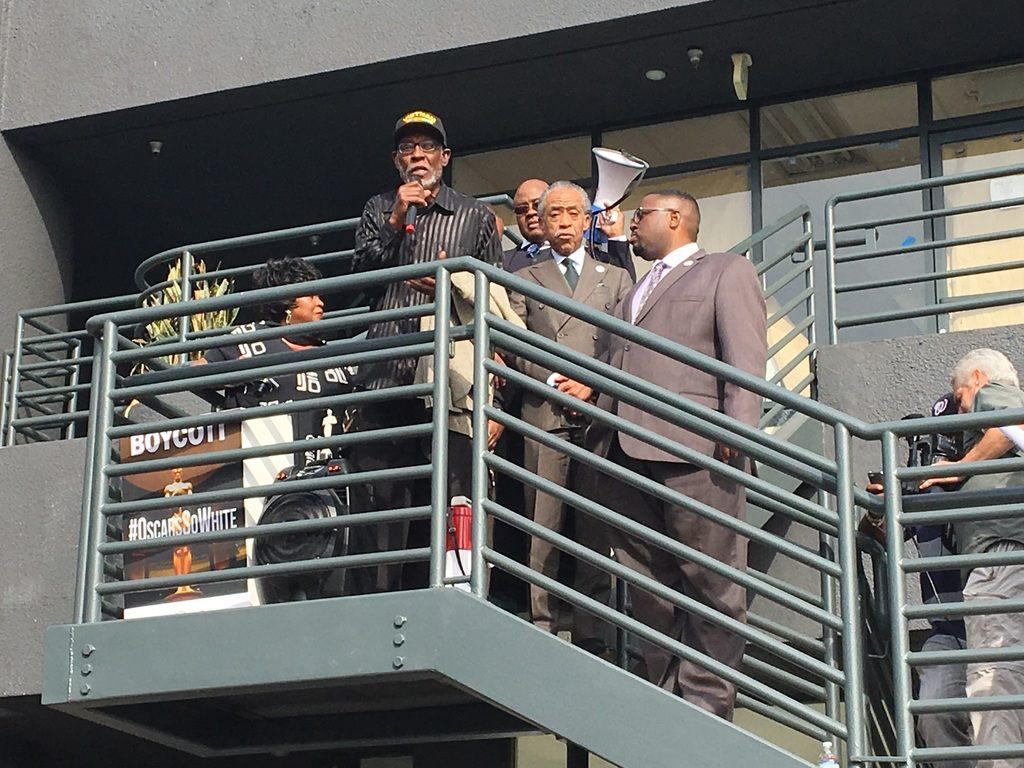 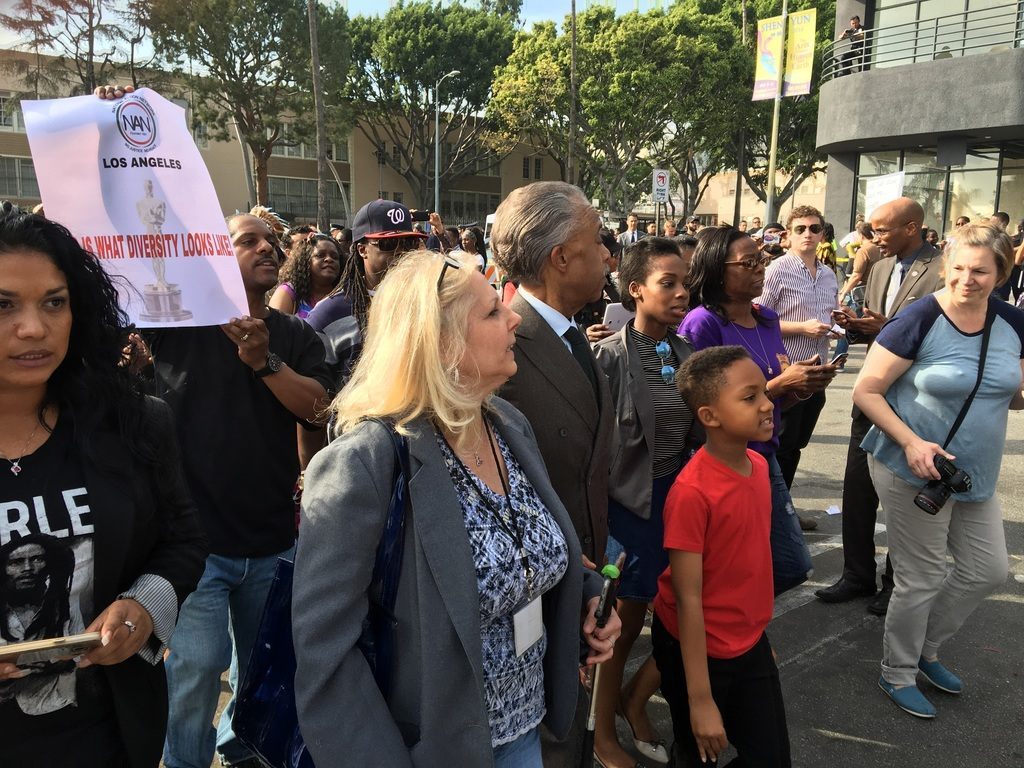 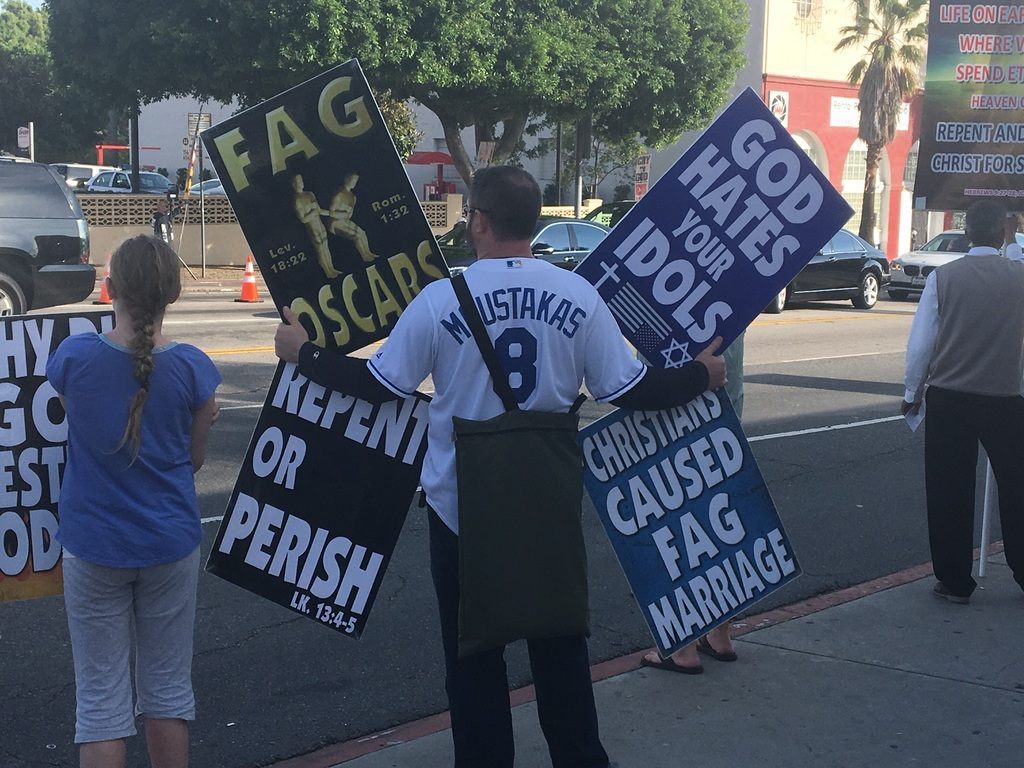 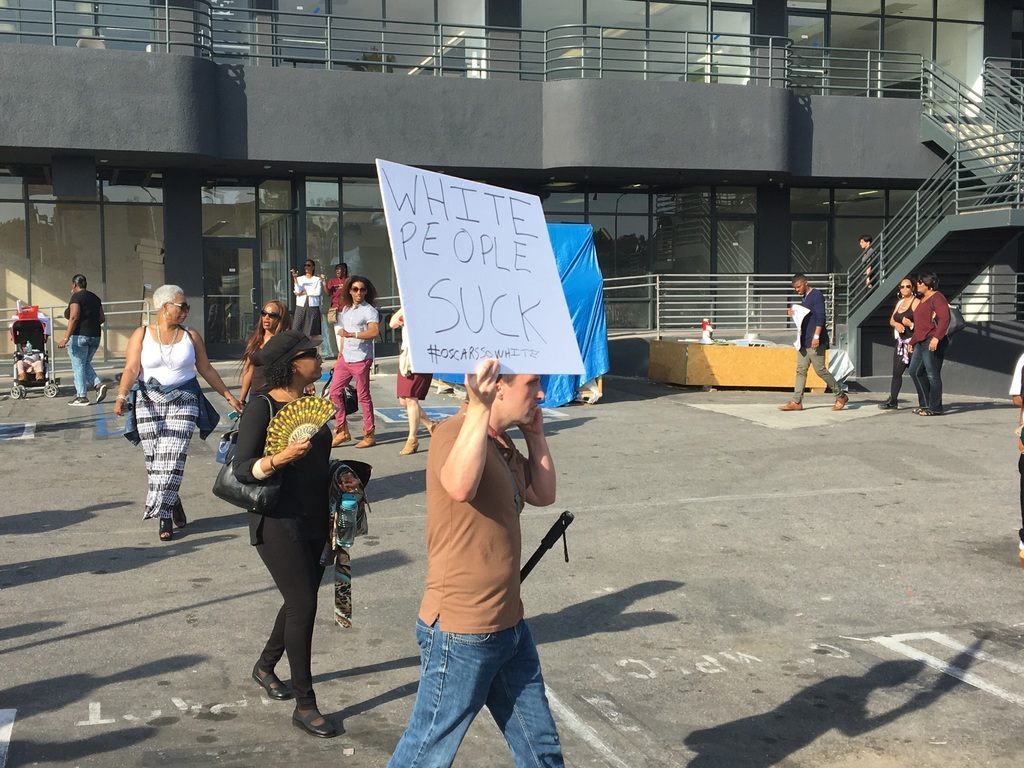 The #OscarsSoWhite controversy erupted in January after the Academy of Motion Picture Arts and Sciences nominated exclusively white actors in top categories for a second consecutive year. Some stars, including Will and Jada Pinkett Smith and filmmaker Spike Lee, vowed to boycott the awards ceremony. In a statement last month, Sharpton urged at-home viewers to “tune out” of the awards show in protest.

Project Islamic Hope director Najee Ali introduced Sharpton ahead of the protest. Ali had led a protest earlier this month outside the annual Academy nominee luncheon at the Beverly Hilton hotel.

Speaking with reporters during the protest, Sharpton said that Hollywood’s traditionally progressive community failed in selecting its Oscars nominations this year. He called for an “affirmative program to put blacks and Latinos in decision-making positions.”

“They claim to be liberal in Hollywood,” he said. “You couldn’t tell from their selections the past two years.”

The Academy of Motion Picture Arts and Sciences has worked quickly to address the backlash. The organization approved a dramatic overhaul to its voting rules and organizational structure last month in an effort to double the number of women and minority voting members by 2020.

AMPAS hopes diversifying its voting body will lead to an increase in diversity among Oscar nominees, though many longtime Academy members have characterized the move as an effort to strip voting privileges from older, white members in favor of younger, more politically correct members.