Mel Gibson is back in the director’s chair for the first time in ten years with World War II drama Hacksaw Ridge, due out this fall, and Breitbart News has the first look at the film’s poster.

Hacksaw Ridge stars Andrew Garfield (The Amazing Spider-Man, The Social Network) as World War II medic Desmond Doss, who saved 75 men during the bloody Battle of Okinawa without ever firing a gun. 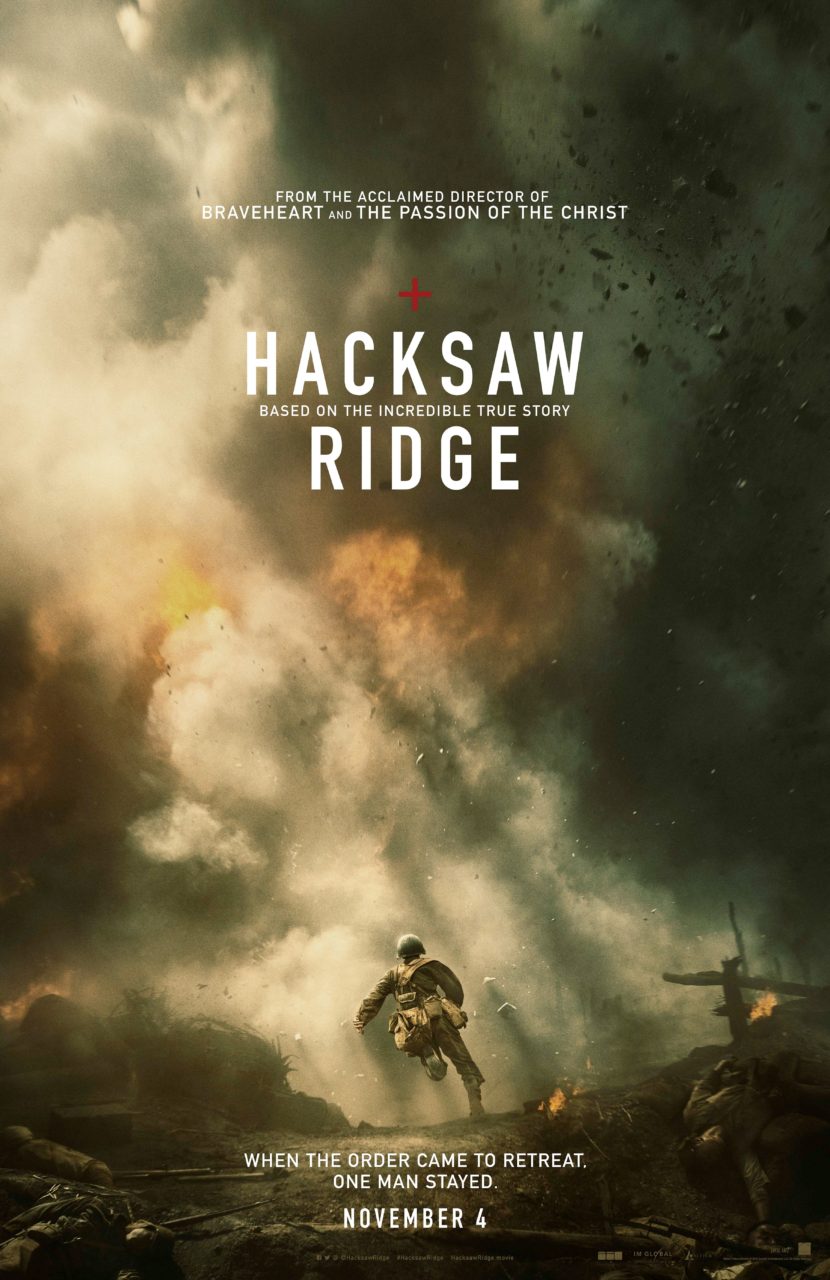 Doss became the first conscientious objector ever to receive the Congressional Medal of Honor for his heroism on the battlefield. Doss refused to carry a firearm due to his religious beliefs as a Seventh-day Adventist, often heading into battle armed with nothing more than simple prayers.

According to his Medal of Honor citation, Doss frequently ventured out under enemy fire to treat and evacuate his fellow wounded soldiers. In one incident, Doss was wounded by an enemy grenade and treated his own injuries for five hours so as to avoid having another medic become exposed to enemy fire to help him. When medics were able to reach him, Doss pointed out another soldier who appeared to be more seriously injured than him and told the medics to treat the other soldier instead.

He was awarded the Congressional Medal of Honor on October 12, 1945 by President Harry S. Truman.

Hacksaw Ridge is in theaters November 4.