The 48-year-old Double Jeopardy star could be seen clapping as she watched the march in video captured by Breitbart News Tuesday afternoon. 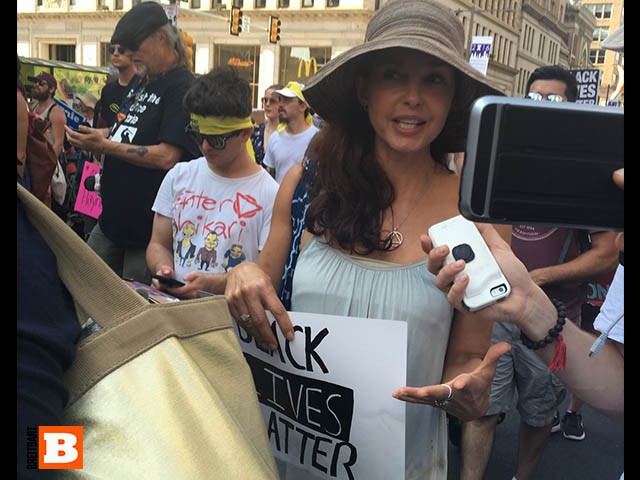 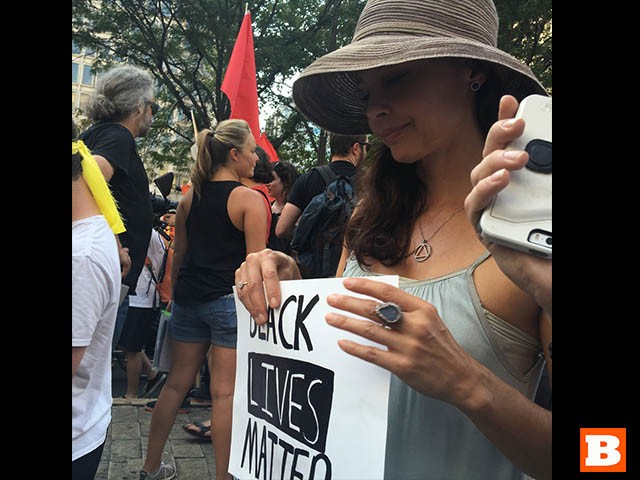 “I just want to say, [Fox News] asked me if I was a ‘Hillary girl,'” Judd said of an interview she conducted earlier in the day with the outlet. “I said, ‘I’m past puberty, I am a woman.’ And that’s an important thing for us to know.”

“I understand some people mean it fondly, and as an endearment, but the reality is, a woman is a fully… A woman is a woman, I don’t have to explain it,” she added. “Quit calling me ‘girl.'”

Judd is one of dozens of celebrities in Philadelphia for the convention. Actresses Elizabeth Banks, Debra Messing, America Ferrera and Lena Dunham were set to speak at the convention Tuesday night, while pop star Alicia Keys was scheduled to perform.