The CW television network has officially announced that its next superhero cartoon project will star a gay superhero named “The Ray.”

During a panel at the Television Critics Association summer tour, the CW announced it is launching an animated series featuring lesser known DC Comics superhero The Ray. The new series, entitled Freedom Fighters: The Ray, will be part of its “CW Seed” digital platform, according to Deadline.

The series is to be based on the 1990s re-imagining of The Ray character first introduced in 1940 and will feature newspaper reporter Ray Terrill aka “The Ray.” The 1990s reimagining updated The Ray’s “Freedom Fighters” team to “better reflect American demographics,” and featured a gay “The Ray,” a woman, a Jewish character, an African-American character and others. 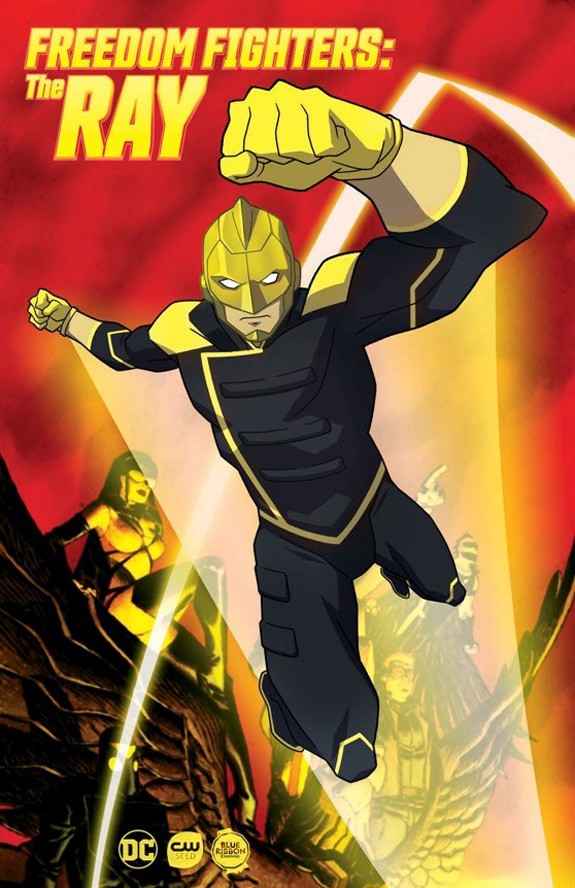 In the new series, the main character will be a reporter who stumbles onto a group of evil government scientists who are trying to invent a weapon of mass destruction based on the power of light. Ray Terrill will be accidentally transformed into “The Ray” and will use his powers to stop evil. He will also be portrayed as an openly gay man.

The official synopsis put out by CW:

Raymond “Ray” Terrill was a reporter who discovered a group of government scientists working on a secret project to turn light into a weapon of mass destruction. But before he could report on his findings, the project head exposed Ray to a “genetic light bomb.” The bomb failed to kill him and instead gifted Ray with light-based powers. With these abilities, Ray realized he could go beyond reporting on injustice–he could take action to help stop it. Calling himself The Ray, he was recruited by Uncle Sam and the Freedom Fighters to fight violence and oppression wherever it exists.

Like its previous animated series, Vixen, CW planners hope to bring The Ray from the animated series to live TV. Officials hope Ray Terrill will eventually appear on such live-action series as The Arrow, The Flash, or DC’s Legends of Tomorrow.