The Brooklyn, New York-based company began accepting pre-orders on Wednesday and promised to begin production on its Trump “over re-action figure” doll if its $15,000 goal is met by Election Day.

In a section marked “The Story,” the company says: “We’ve been making lame, sissy action figures for years but now we are finally ready to take presidential toy making to the next level. We are proud to introduce the new Donald Trump Action Figure – literally the greatest action figure ever made!” 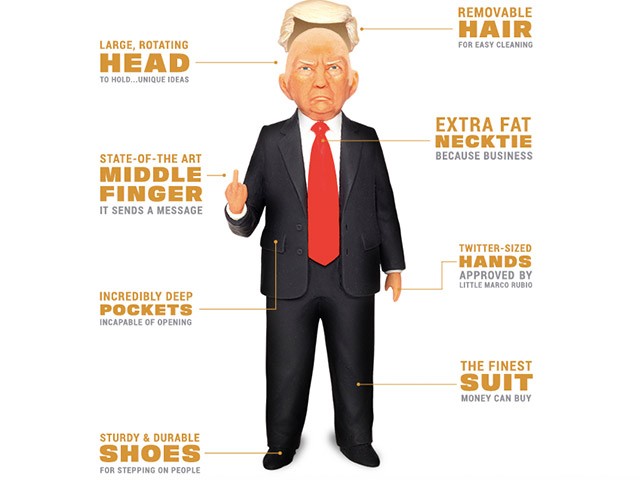 FCTRY, which has produced Senator Bernie Sanders and “Ready for Action” figures for Hillary Clinton, plans to sell its “made in China” Trump dolls for $20.

The company also says five percent of the profits from every Trump action figure sold will go to Border Angels, “a pretty questionable charity that … provides illegal Mexican immigrants with drinking water and medical assistance.”

At the time of publication, the campaign had raised more than half its $15,000 goal.