Marc Jacobs has responded to critics who accused the designer of “cultural appropriation” for outfitting white models with dreadlocks during his New York Fashion Week show this week.

The 53-year-old fashion icon caused a stir on social media when models including Kendall Jenner and Gigi Hadid strode down the runway in New York City this week wearing large, multi-colored dreadlocks in their hair.

But in an Instagram post on Thursday, quickly deleted but captured by Refinery29, the designer lashed out at critics “who cry ‘cultural appropriation’ or whatever nonsense about any race or skin color wearing their hair in any particular style or manner.”

“Funny how you don’t criticize women of color for straightening their hair,” Jacobs wrote. “I respect and am inspired by people and how they look. I don’t see color or race — I see people.”

The backlash against Jacobs began in earnest on Twitter after the show this week, with many calling out the designer for being racially insensitive.

“I’m sorry to read that so many people are so narrow minded… Love is the answer,” Jacobs wrote in his response to the controversy. “Appreciation of all and inspiration from anywhere is a beautiful thing. Think about it.” 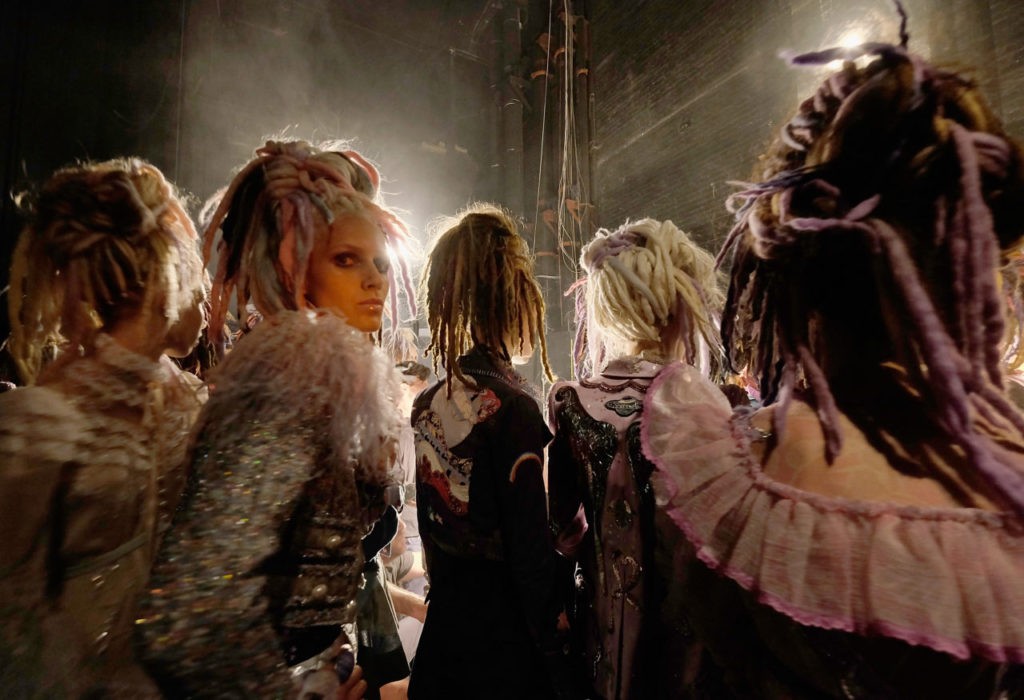 Jacobs apparently deleted his response, but not before social media users weighed in, calling it “problematic,” insufficient and even racist.

The designer then followed up with another apology.

“Of course straight hair isn’t a white thing,” Jacobs said. “I was referring to hair styling and texture for my fashion show and [being] defensive. I apologize if I offended anyone at all. Certainly wasn’t my intention at all,” he said.