Alec Baldwin was the man of the hour at a star-studded roast in his honor Sunday night that drew a slew of liberal Hollywood celebrity attendees, including Robert De Niro, Julianne Moore, Jane Krakowski, Jack McBrayer, and even former President Bill Clinton.

The 59-year-old actor and Saturday Night Live Donald Trump impersonator was honored at Spike TV’s “One Night Only” event at the Apollo Theater in New York City, where he was lightly roasted by celebrities and members of his family, including his wife Hilaria Baldwin and his brothers Billy and Daniel Baldwin.

Clinton described himself as a “huge fan and admirer” of Baldwin’s work, and took several shots at the Trump administration during his remarks, according to USA Today.

“[Baldwin] ended up going to George Washington University, ran for student-body president and came back home to New York, where he followed the then-classic path, from politics to the soap operas. Now we know it works the other way around. You need to think about running again — you’ll probably win the next time,” Clinton joked.

Clinton also joked that he wouldn’t know an “alternative fact” if it hit him in the face.

Baldwin has been a fixture in the news all year as his impersonation of President Trump helped propel Saturday Night Live to its best ratings in decades last season. The actor donned a blonde wig and a permanent scowl to play the president in numerous sketches both before and after the 2016 campaign, including in parodies of the presidential debates alongside the show’s Kate McKinnon, who played Democratic candidate Hillary Clinton.

As the Daily Mail noted, many of the celebrity attendees at the Sunday night event have been highly critical of Trump and his administration.

De Niro, who reportedly took the stage at the event to toast Baldwin, has previously called Trump “blatantly stupid,” a “mutt” and a “bulls*t artist,” and once claimed he would like to “punch him in the face.” In April, the actor said in a television interview that Trump has “debased the presidency.”

Moore, a staunch celebrity advocate for gun control, appeared alongside De Niro and Baldwin at a protest rally outside Trump Tower the evening before the presidential inauguration in January. The actress previously signed on with more than 100 other celebrities to MoveOn.org’s “United Against Hate” campaign last July, which pledged to stop Trump and his “hateful ideology” from winning the White House. 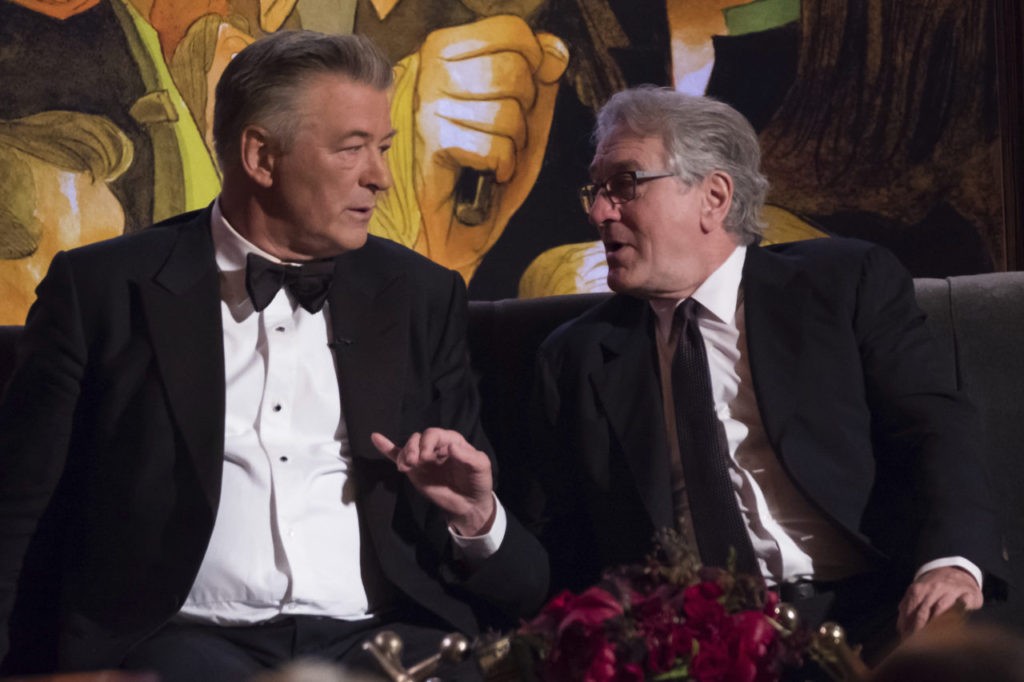 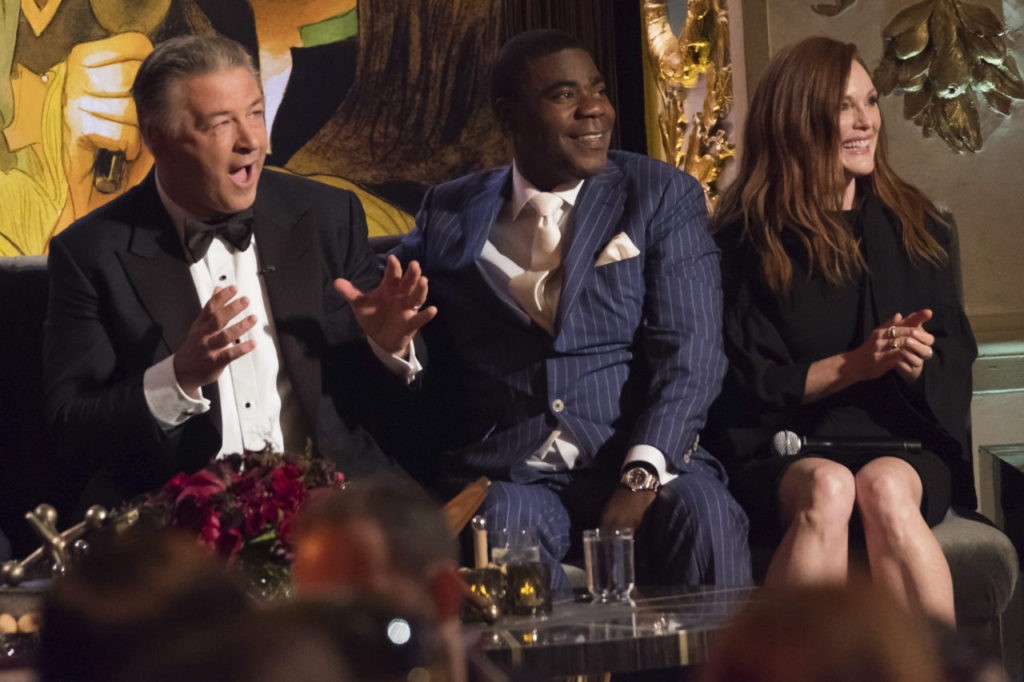 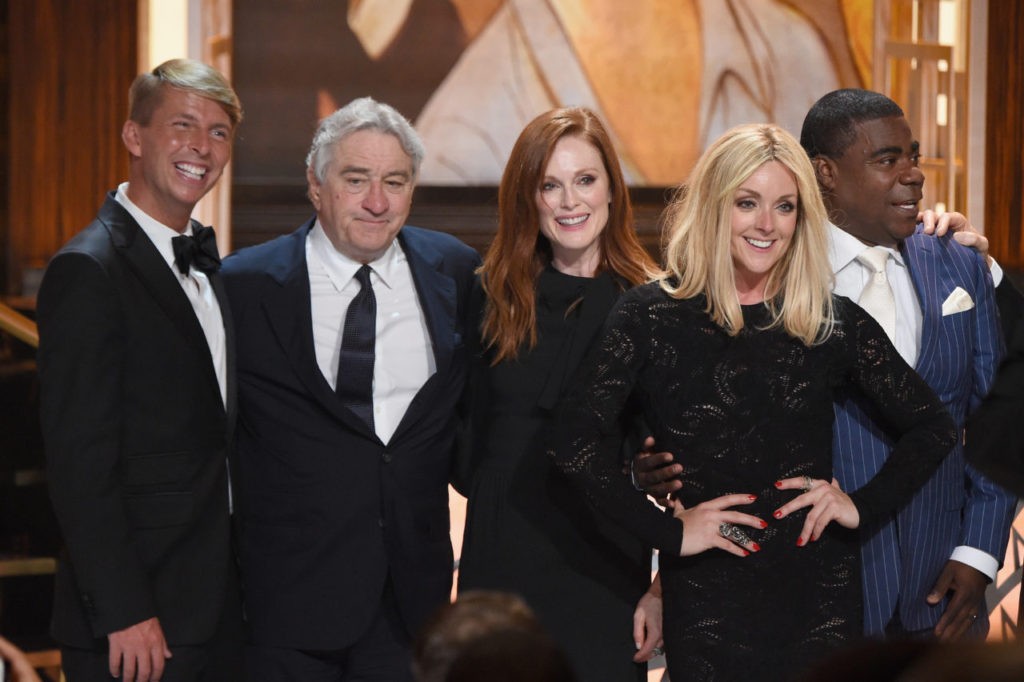 Moore previously starred alongside Baldwin in the 2014 drama Still Alice.

Actors Jane Kraskowski and Jack McBrayer, who co-starred with Baldwin on the NBC sitcom 30 Rock, have also been critical of Trump; Krakowski told CBS Late Show host Stephen Colbert in May that she put on the “Trump 10” after the Republican’s victory, or an extra ten pounds due to stress-eating, while McBrayer previously competed in a “Trump-off” with Baldwin on an episode of Conan O’Brien’s talk show.

One Night Only: Alec Baldwin is set to air July 9 on Spike TV.