“Thank you for letting us into your country,” U2 frontman Bono told the sold-out crowd Wednesday night at MetLife Stadium, reports the New York Daily News, in a somewhat subtle swipe at the Trump administration’s newly-enacted travel ban.

Wednesday’s set was the first of two New Jersey-based stops on the North American leg of the “The Joshua Tree Tour.”

Later in the night, the band played a video of a girl from Syria. 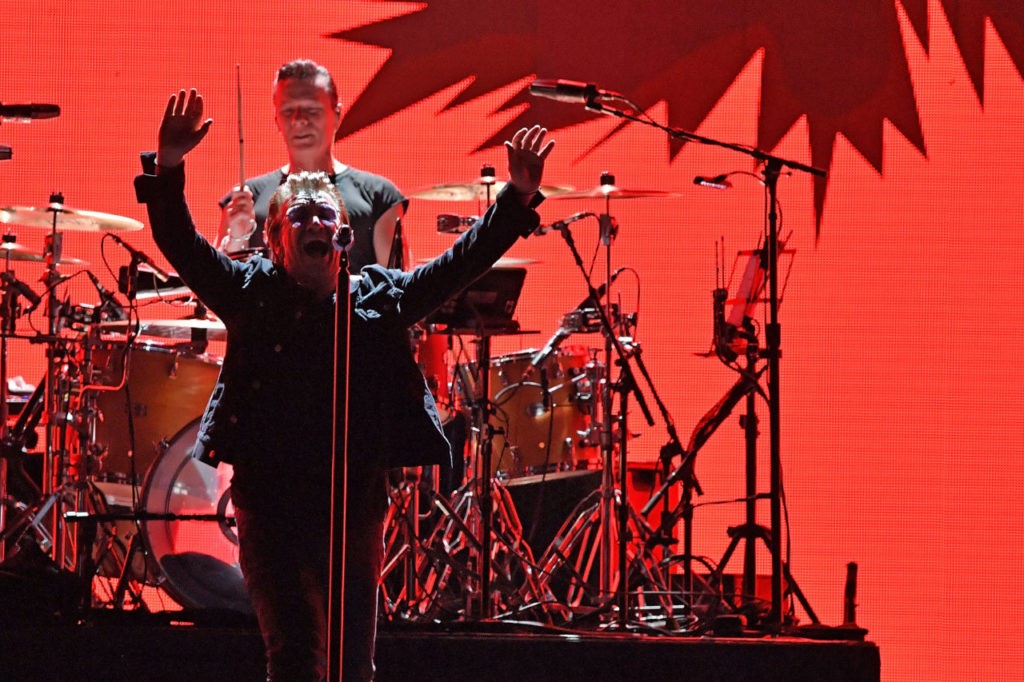 Drummer Larry Mullen Jr. (L) and Singer Bono of the band U2 perform during U2 “Joshua Tree Tour 2017” at MetLife Stadium on June 28, 2017 in East Rutherford, New Jersey. (Photo by Mike Coppola/Getty Images) 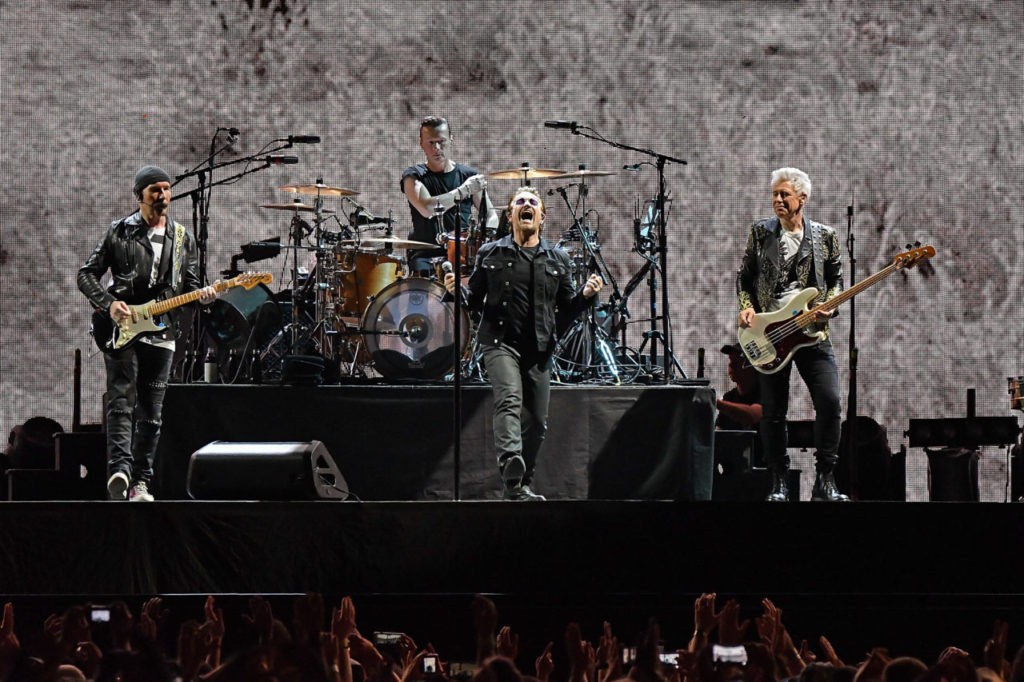 “I am 15 years old…I would love to go to America, because it’s a very beautiful country,” the girl said. “And one can be happy there. It’s a civil country. It’s the land of dreams.”

On Thursday, Bono doubled down and told the packed audience that America remains a country of immigrants.

“This city, this country has given us Irish safety and sanctuary for hundreds of years,” Bono said. “We would like to say thank you.”

While President Trump’s name was never mentioned, the show’s tone appeared to reflect the Supreme Court’s decision this week to allow the president’s travel ban to be implemented, after it had been rejected several times by lower courts. 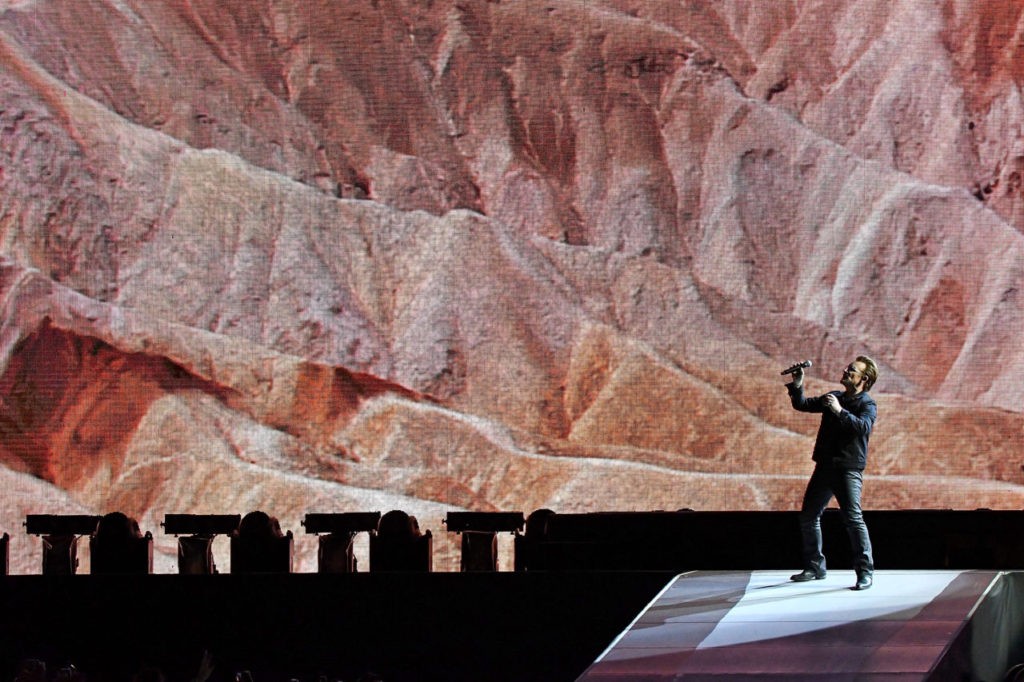 Singer Bono of the band U2 performs during U2 “Joshua Tree Tour 2017” at MetLife Stadium on June 28, 2017 in East Rutherford, New Jersey. (Photo by Mike Coppola/Getty Images)

“I would like to thank all of those that keep us vigilant, like journalists, in this country,” Bono said.

U2’s last U.S. show on the “The Joshua Tree Tour” is scheduled for Saturday in Cleveland, with more dates scheduled in Europe later this summer.