Why use actors when you can get the real-life heroes to play themselves?

Director Clint Eastwood has reportedly cast Anthony Sadler, Aleksander Skarlatos, and Spencer Stone to play the movie versions of themselves in his next feature, The 15:17 to Paris, according to Variety.

The film tells the story of the famous 2015 incident in which the three American friends, two of them off-duty military members, banded together to stop an ISIS-inspired, AK-47-wielding attacker on board a high-speed train from Amsterdam to Paris.

The trio became international heroes in the wake of the incident, with Stone earning an Airman’s Medal and a Purple Heart, Skarlatos receiving the Soldier’s Medal and Sadler receiving the Defense Department Medal for Valor during a 2015 ceremony. The men also met with then-President Obama in the White House.

According to Variety, the choice to cast the three friends as themselves in the film was an “eleventh hour” decision by Eastwood and the studio, which had reportedly conducted an exhaustive search for actors to fill the roles. 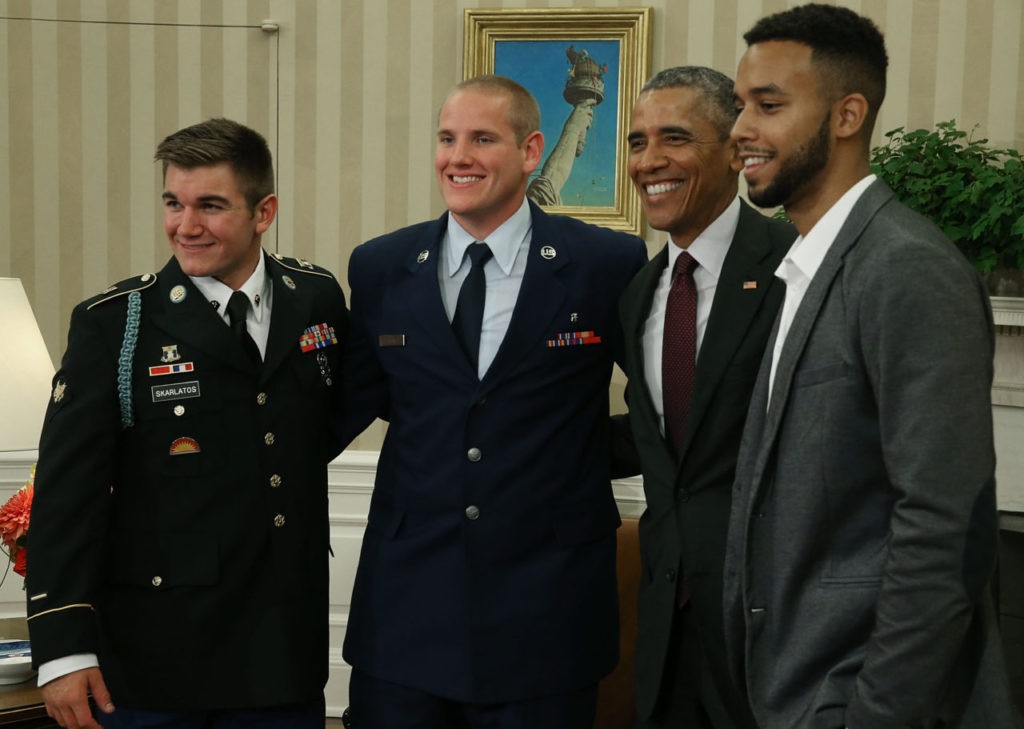 US President Barack Obama (2ndR) poses for a picture with US Army Specialist Alek Skarlatos (L), US Air Force Airman 1st Class Spencer Stone (2ndL), and Anthony Sadler (R) during a meeting in the Oval Office at the White House on September 17, 2015 in Washington, DC. (Photo by Mark Wilson/Getty Images) 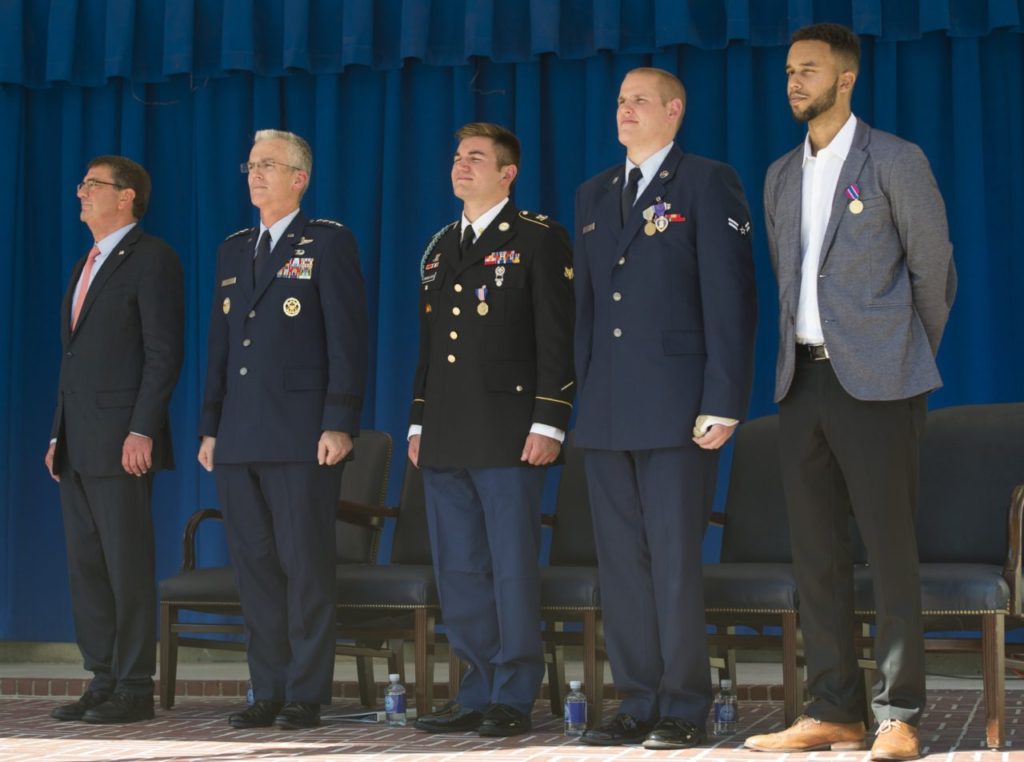 US Secretary of Defense Ashton Carter and Vice Chairman of the Joint Chiefs of Staff General Paul Selva (2nd L) stand alongside Airman 1st Class Spencer Stone (2nd R), Army Specialist Alek Skarlatos (C) and Anthony Sadler (R) after they received awards for their roles in disarming a gunman on a Paris-bound train last month during a ceremony at the Pentagon in Washington, DC, September 17, 2015. (SAUL LOEB/AFP/Getty Images)

The movie is said to depict the friendship between the three men from an early age, so other actors will play their younger versions. The movie is based on the 2016 book, The 15:17 to Paris: The True Story of A Terrorist, A Train, And Three American Heroes, which was co-authored by the trio.

Eastwood was on hand to present Sandler, Skarlatos, and Stone with the “Hero Award” at Spike’s Guys’ Choice Awards in 2016. Skarlatos later told People magazine that meeting Eastwood was one of the “coolest experiences” that had happened to the men. 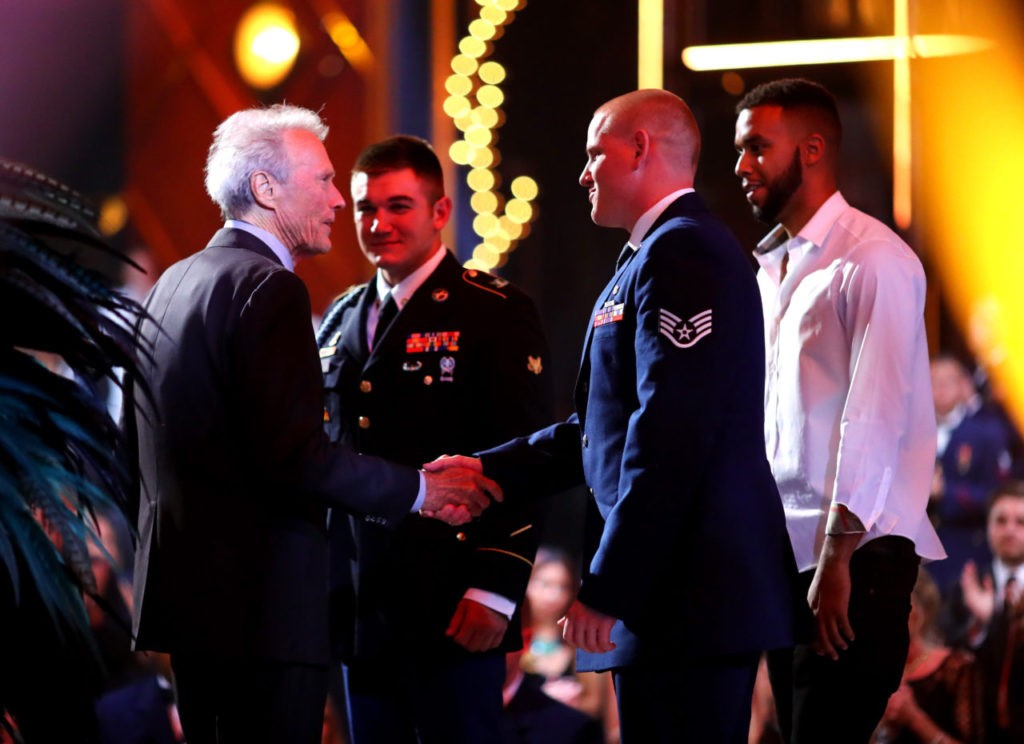 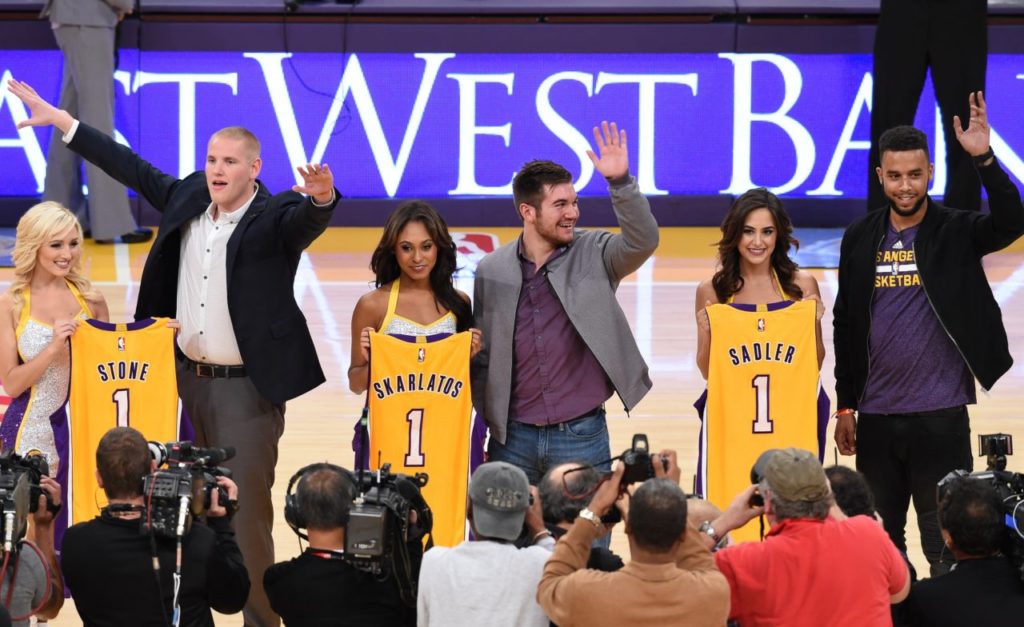 Production on The 15:17 to Paris is reportedly set to begin later this year. Actors Jenna Fischer, Judy Greer and Ray Corasani will reportedly join the real-life heroes in the cast for the film. Warner Bros. and Village Roadshow Pictures are set as distributors.

The film does not currently have a release date.