Melania, who often chooses the most luxurious designers to wear, played up her girly side in a floral, pink-patterned Monique Lhuillier frock with pale pink suede Christian Louboutin pointed stilettos. The dress is already sold out online.

To top the look off, Melania wore her hair in loose waves with a center-part and opted for nothing more than her wedding rock and square black sunglasses. 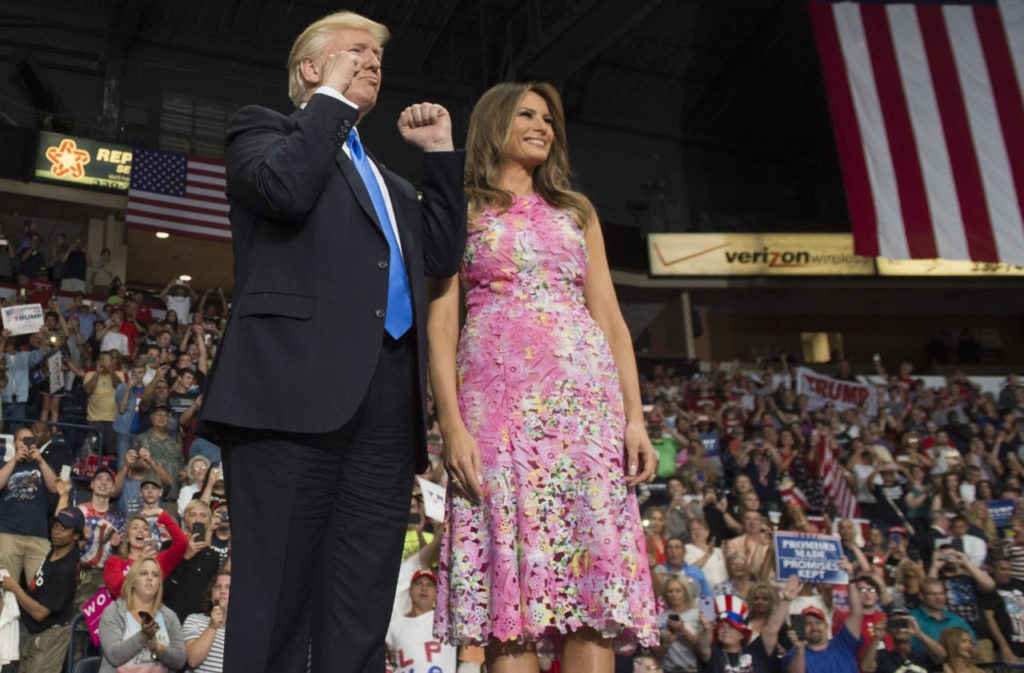 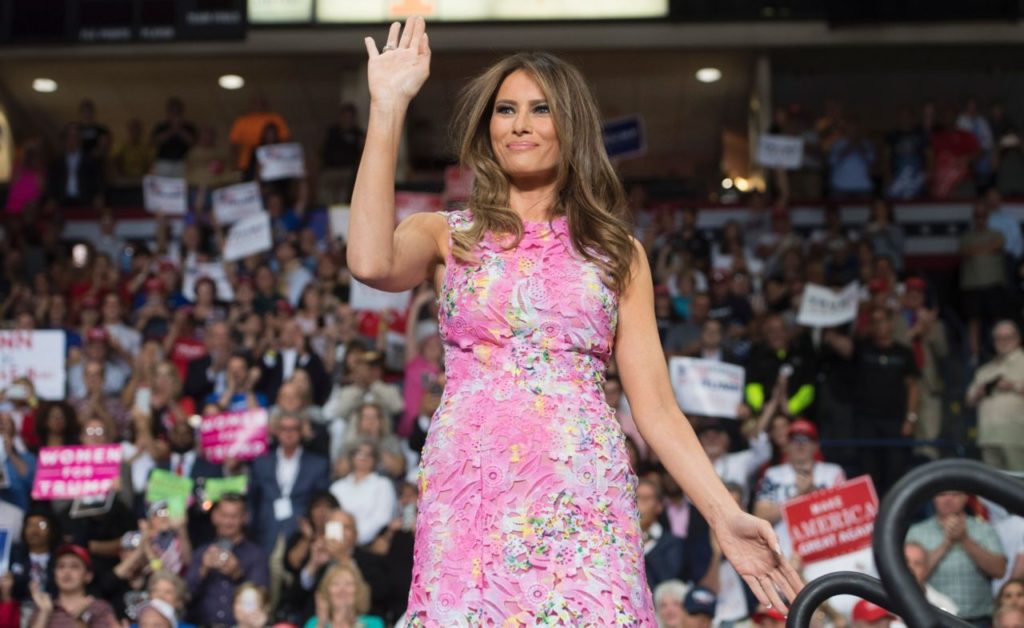 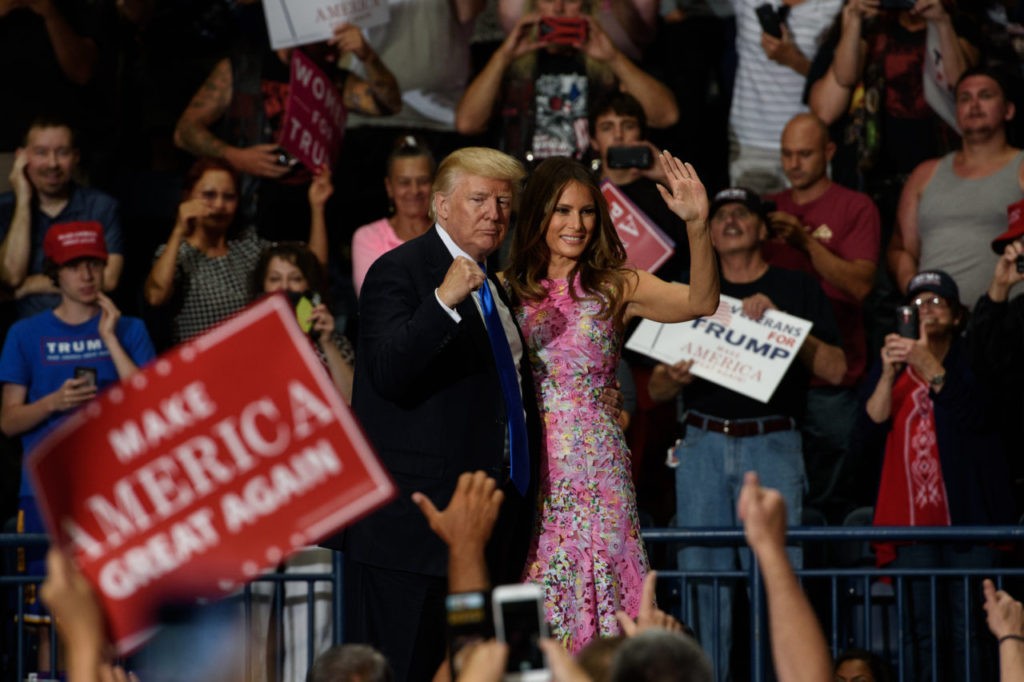 U.S. President Donald Trump and first lady Melania Trump walk off the stage after a rally at the Covelli Centre on July 25, 2017 in Youngstown, Ohio. (Justin Merriman/Getty Images)

At the rally, Melania got huge cheers as she introduced her husband, saying “When it comes to the country and the people he loves, you can always count on him.”

Melania wore the same Christian Louboutin pale pink stilettos recently when she stepped out of the White House to attend the U.S. Women’s Open Golf tournament with the President.

This is not the first time Melania has chosen a Monique Lhuillier design to wear as First Lady. Last month, Melania opted for a champagne-colored silk gown made by the Filipino designer to attend the Ford’s Theatre Gala in Washington, D.C. 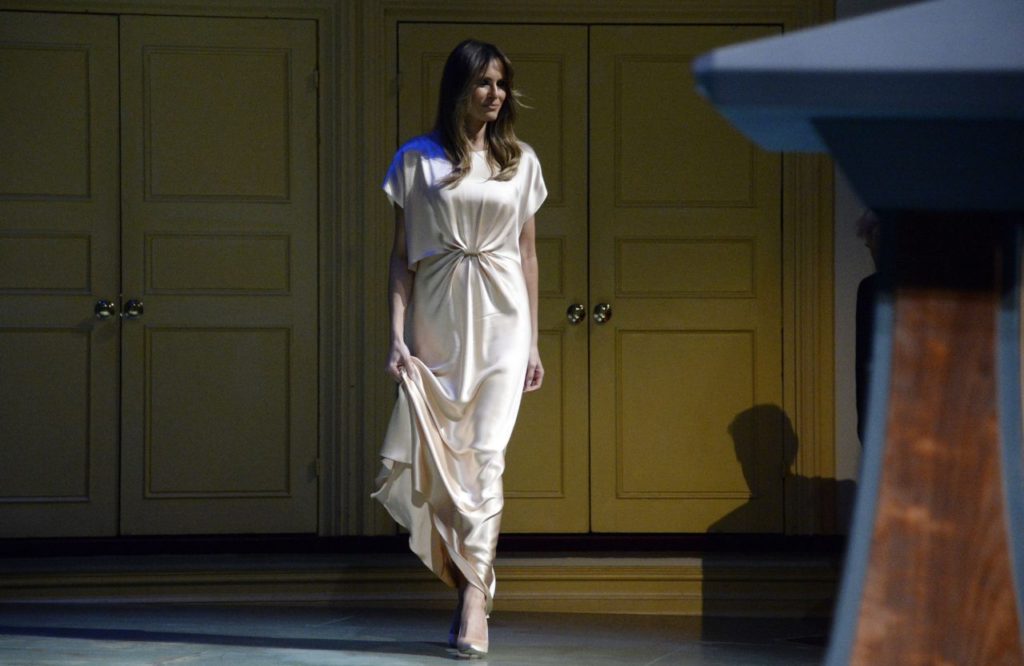 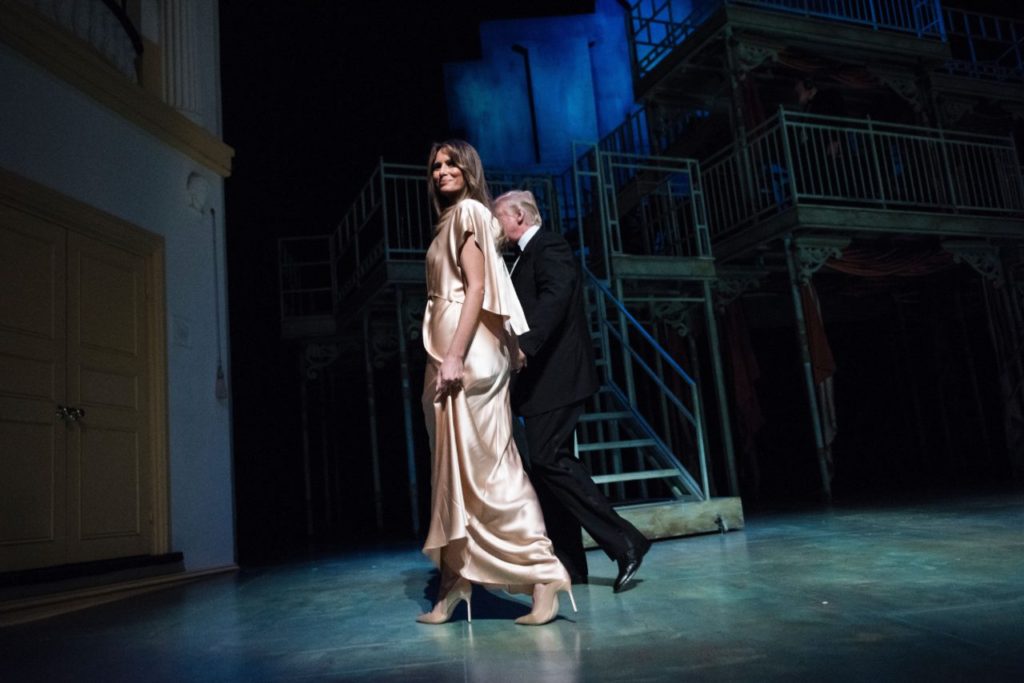