TV star Steve Harvey is apparently pressing ahead with his commitment to help the Trump administration on its Housing and Urban Development initiatives despite the fierce backlash he received for meeting with then-President-elect Trump in January.

In an extensive interview with the Hollywood Reporter published Tuesday, the comedian and Family Feud host revealed that he has been meeting with HUD Secretary Dr. Ben Carson to discuss building what he called “vision centers” in New York City, to teach STEM subjects and computer programming to children.

“I’ve been to HUD twice,” Harvey told THR. “I’ve met with Dr. Carson and we’re actually trying to get it started. We’ve had meetings, and now we’re just waiting on the final notes. We have several teams in place. Hopefully before the year goes out, we’ll be making the announcement about the first vision center.” 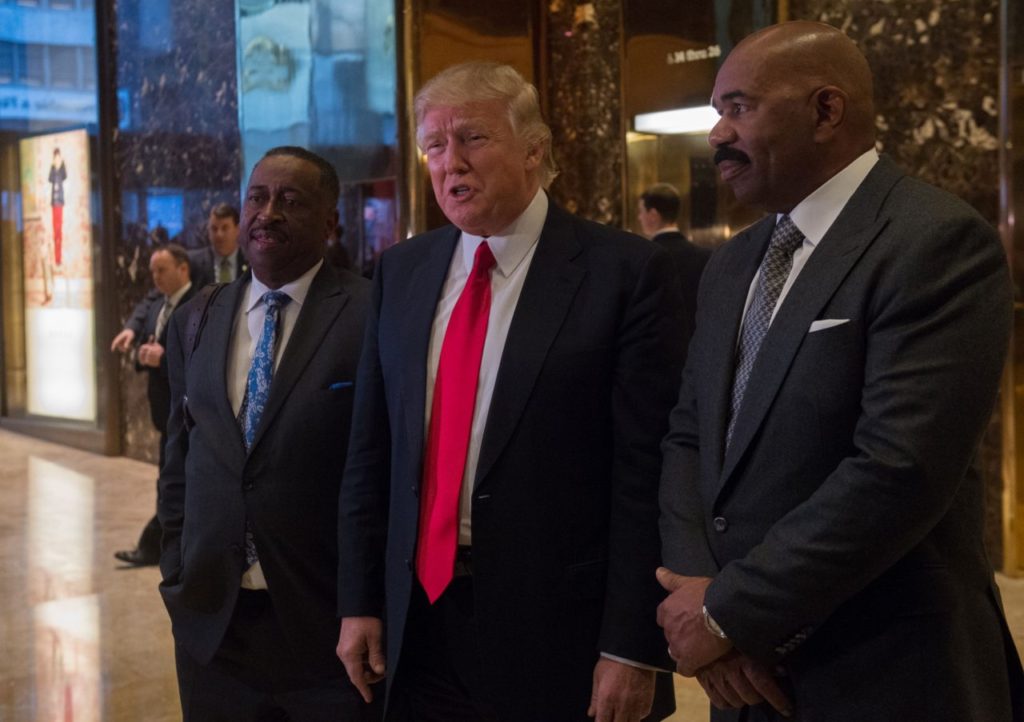 "I stepped from behind my microphone and I came and talked to the guy who is going to be the 45th president," Steve Harvey said pic.twitter.com/d1NxXYHvoI

The 60-year-old Steve Harvey Show star met with Trump at Trump Tower in Manhattan shortly before the presidential inauguration in January, telling reporters after the meeting that he had found Trump to be “congenial and sincere,” and that he would “sit with him anytime.”

Harvey told THR that he and Trump spoke about golf at the meeting, before Harvey volunteered his service in the area of inner city housing. Harvey also told the president that he had campaigned for Democrat Hillary Clinton, but that he was going to help him now that he had won.

“He wants to know how, so I say, ‘You’ve appointed Ben Carson as the head of Housing and Urban Development, and I’ve got keys to a lot of cities around this country from the years of performing that I’ve done. I can get an ear to them really quick and find out what their real needs are. Y’all keep closing schools in the cities. Why don’t we take those schools that are closing, put some HUD money in them, and reopen them as vision centers and teach STEM and computers and coding? If you connect me with Ben Carson, I can help him with that.’ A few minutes later, he had Ben Carson on the phone.”

Harvey’s work with Carson and HUD comes even after the comedian detailed the level of vitriol he faced after meeting with Trump in January. A number of celebrities and media personalities, including CNN’s Marc Lamont Hill and the rapper T.I., blasted Harvey for meeting with Trump.

Harvey defended the meeting in January, when he said he had an “obligation to take a seat at the table when invited.”

“It was so vicious that it really threw me,” he told THR. “I was being called names that I’ve never been called: Uncle Tom. A coon. A sellout. Because I went to see this man?!”

In April, Harvey told TMZ that he had met with HUD, and that Trump was keeping his promises to inner city communities on housing.

“As far as doing what he promised me he would do, he is doing it,” he said.