Actress and activist Gina Rodriguez is developing two undocumented immigrant-focused dramas at CBS and The CW.

The CBS project, Have Mercy, based on the German series format Dr. Illegal, centers on a Latina doctor who is unable to practice when she immigrates to Miami. She soon goes from working as a nurse’s assistant to running a makeshift clinic in her apartment to serve the community, Variety reports.

The CW series, titled Illegal, will be a lighthearted hourlong “undocumented family sitcom” inspired by real life events of Jane the Virgin writer Rafael Agustin. The series will see a 16-year-old Rafael, who immigrated from Ecuador to America, come to grips with his and his family’s undocumented status while struggling with puberty and trying to remain an A student in high school.

The two shows will be co-produced by Rodriguez’s I Can & I Will Productions, as part of an overall deal she struck with CBS Productions.

Rodriguez is perhaps best known for her Golden Globe Award-winning performance on the hit CW comedy Jane the Virgin. 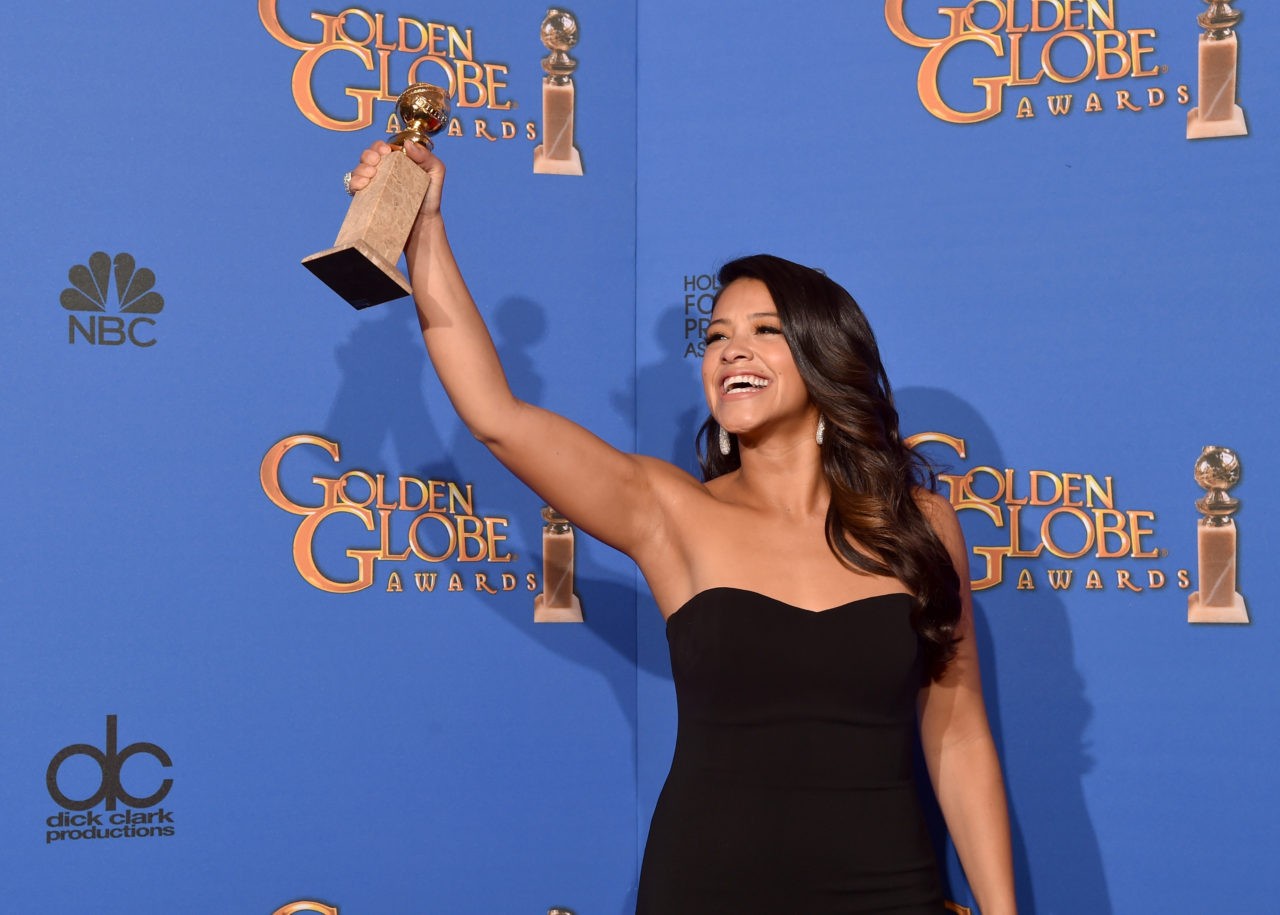 Actress Gina Rodriguez, winner of Best Actress in a TV Series, Musical or Comedy for ‘Jane the Virgin,’ poses in the press room during the 72nd Annual Golden Globe Awards at The Beverly Hilton Hotel on January 11, 2015 in Beverly Hills, California. (Kevin Winter/Getty Images)

She was featured last year in the #ImWithHer video saying she supported former Democratic candidate Hillary Clinton “because she is fighting for immigration reform and fighting to keep our families together.”

Rodriguez was one of the many celebrities who slammed Trump’s decision to end the Deferred Action for Childhood Arrivals (DACA) amnesty program.

“We protect DACA because they are human. Because those recipients are HUMAN beings not toys for you to fuck with Donald!” she wrote on Twitter Tuesday. “I am staying hopeful that Congress with act decisively in protecting DACA recipients. PROTECT OUR YOUTH.”

We protect DACA because they are human. Because those recipients are HUMAN beings not toys for you to fuck with Donald! #DefendDaca https://t.co/q3UCIYi6rc

I am staying hopeful that Congress with act decisively in protecting DACA recipients. PROTECT OUR YOUTH #DefendDaca