Melania, who arrived with President Trump as he addressed world leaders, chose an all-American look to represented the United States at the conference, opting for a Calvin Klein suit from the Fall 2017 collection.

The grey suit, which features subtle black detailing, was paired with a black blouse and black stilettos, as Melania kept the ensemble simple and business-oriented. 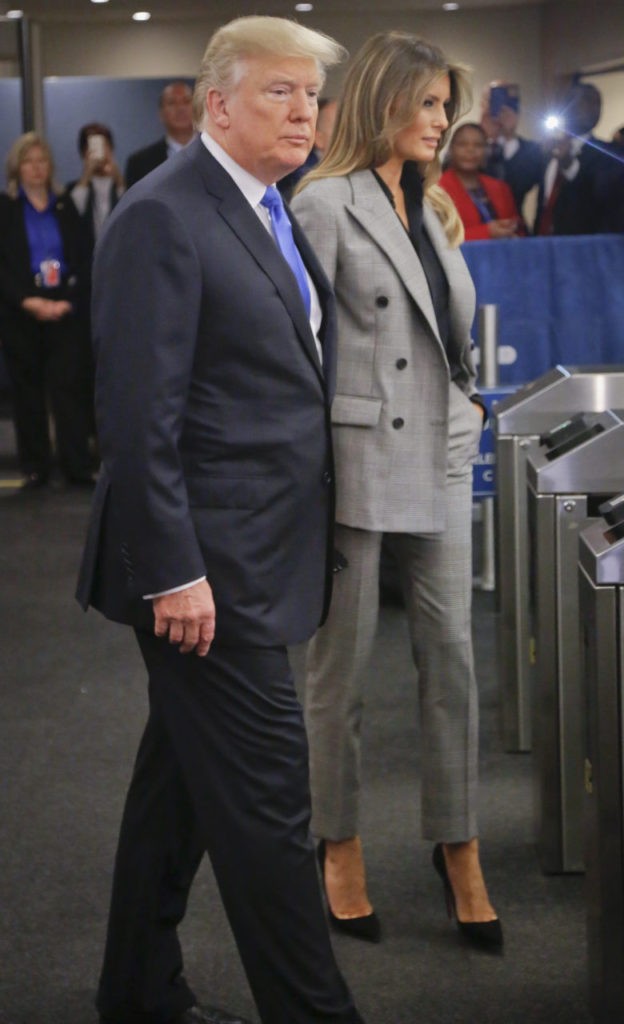 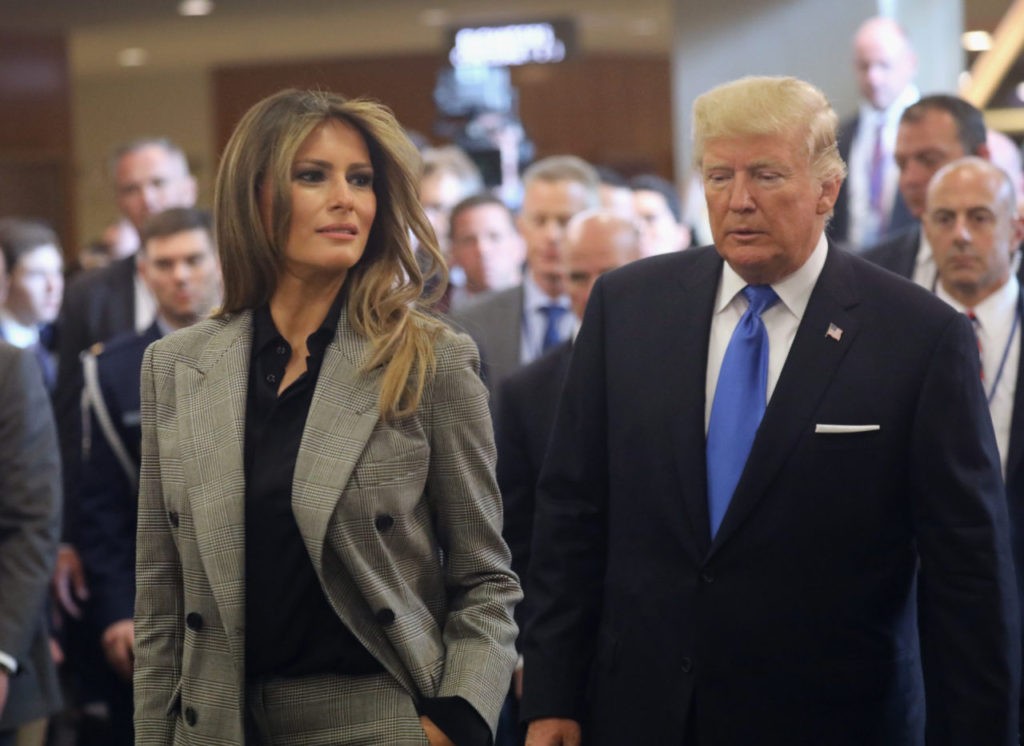 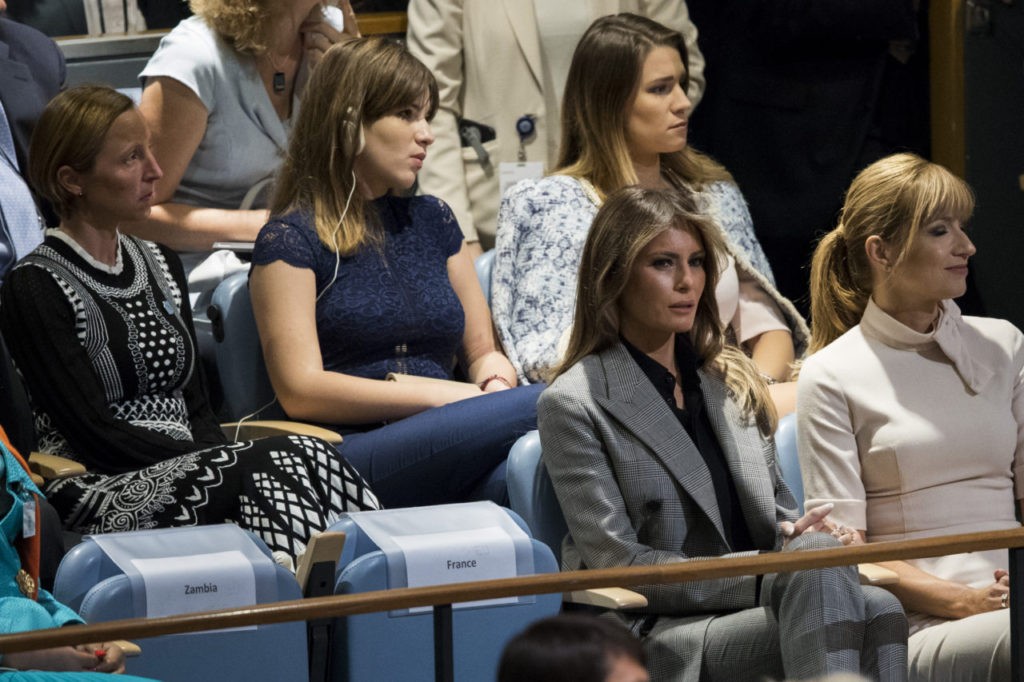 Melania’s choice for the Calvin Klein suit, which debuted on the New York Fashion Week runway last season as Raf Simons’ first collection for the design house, gave a nod not only to American fashion, but specifically the American-style suits of the 1940s.

The suit resembled those famously worn by American film star Katharine Hepburn, who was often photographed in broad-shouldered, double-breasted suits.

Melania has most recently become a fan of the highly-coveted Calvin Klein collections produced by Simons, who left the Parisian fashion house of Christian Dior to take on the role.

The Slovenian-born First Lady donned a red, Western-inspired shirt from the same Calvin Klein collection as she departed the White House weeks ago for Camp David.