After nearly a week and no comment, actor George Clooney joined the chorus of condemnation against Harvey Weinstein in the wake of a New York Times exposé that revealed how the disgraced movie mogul had committed decades of sexual harassment and reached financial settlements with at least eight different women.

Clooney — who admittedly received his “first big break” in Hollywood from Weinstein — told The Daily Beast Monday: “It’s indefensible. That’s the only word you can start with. Harvey’s admitted to it, and it’s indefensible.”

“A lot of people are doing the ‘you had to know’ thing right now, and yes, if you’re asking if I knew that someone who was very powerful had a tendency to hit on young, beautiful women, sure,” Clooney said. “But I had no idea that it had gone to the level of having to pay off eight women for their silence, and that these women were threatened and victimized.” 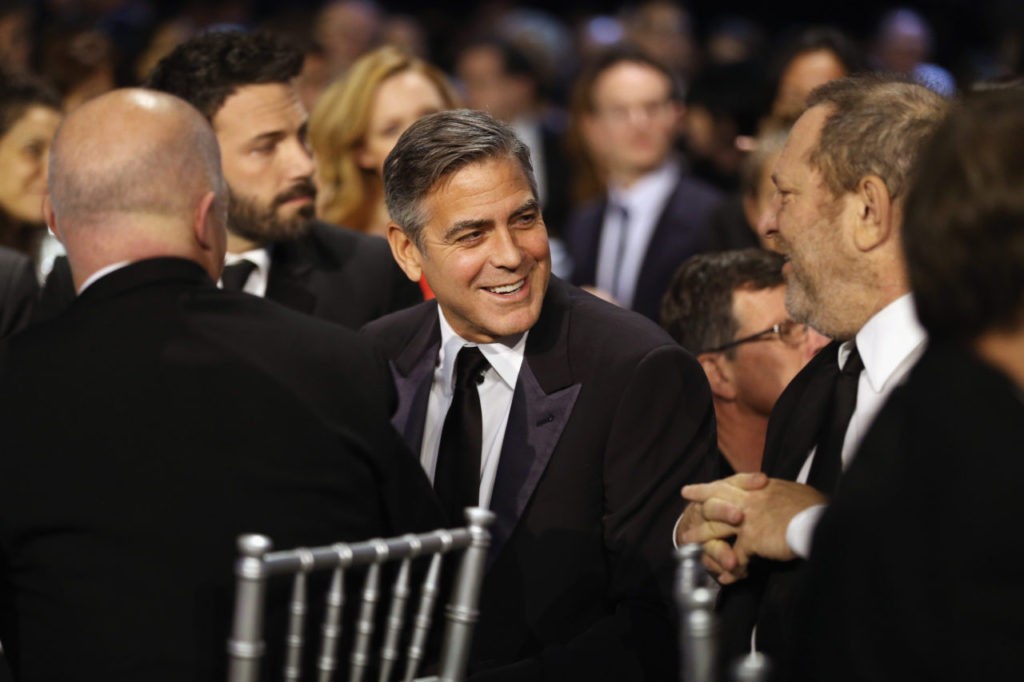 Clooney is now the most prominent actor who’s worked with Weinstein to condemn the disgraced movie mogul — notably, though, Weinstein benefactors from Matt Damon and Ben Affleck (Good Will Hunting) to Quentin Tarantino (Pulp Fiction) have said nothing so far.

The Suburbicon director said that while he’s “heard rumors” since the 90s that “certain actresses had slept with Harvey to get a role,” Clooney said he saw those rumors as a way to “smear the actresses and demean them by saying that they didn’t get the jobs based on their talent.”

Clooney said that sexual harassment is a societal issue: “This is a moral issue. We’re all going to have to be more diligent about it and look for any warning signs. Before, people weren’t paying enough attention to it. Now we have to. This is the moment to start scaring people like this into not acting this way anymore.”

If there is any good that can come out of the scandal, Clooney said, it may be “that not just in Hollywood, although Hollywood is now the focus, but in all of these cases the victims will feel that they will be listened to, and that they don’t need to be afraid.”

“Something good has to come out of this … victims have to feel safer to come out and tell their stories without the fear of losing their jobs, and they also need to be believed, which is a very important element of this,” the two-time Oscar winner said.