Actor Steven Seagal, who has recently been accused of sexual harassment, can be heard on shocking new audio footage calling female reporters “a bunch of f*cling dirty wh**es” and “c**ksuckers.”

The audio, obtained by the Daily Mail, reveals Seagal’s alleged distaste for female reporters, telling a male report on the footage that he had “found that interestingly enough, the few times that I had a hard time, it was usually with women.”

“When somebody is on tour, a promotional tour, he’s there to talk about his film, not about who he’s f**ked or who he would like to f**k or who his wife was with ten years ago,” Seagal can be heard on the audio recording.

“They should go into pornography or something else instead of journalism if they want to hear that sh*t,” Seagal continues. “They’re a bunch of a**holes.”

When the male reporter asks on the tape why he believes women in the press have not been fair to him, Seagal explains in crude language.

“I won’t even dare tell you what I think it is,” Seagal can be heard saying. “One time, I’m sure that’s what it was and another time it was just some dumb c**t that is a liar and wanted to be sensational.” 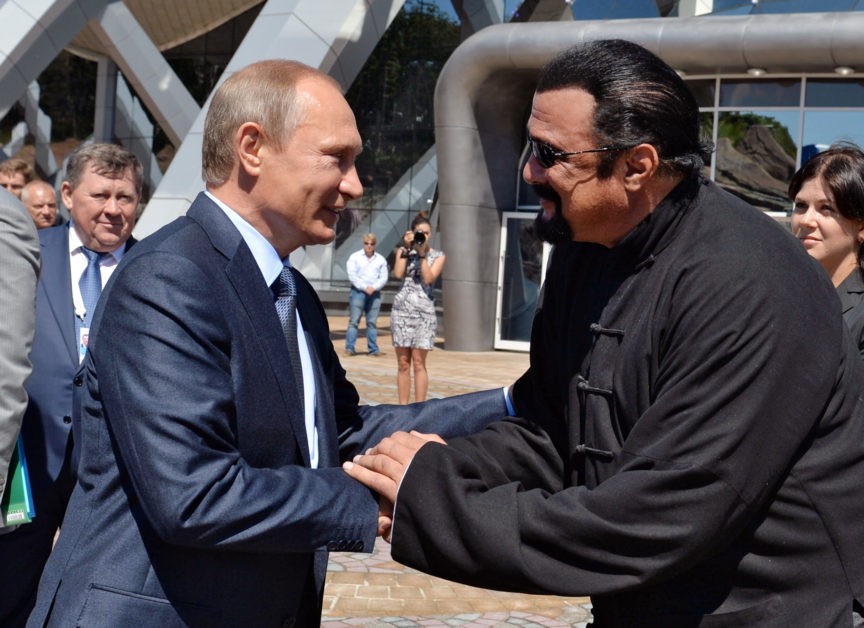 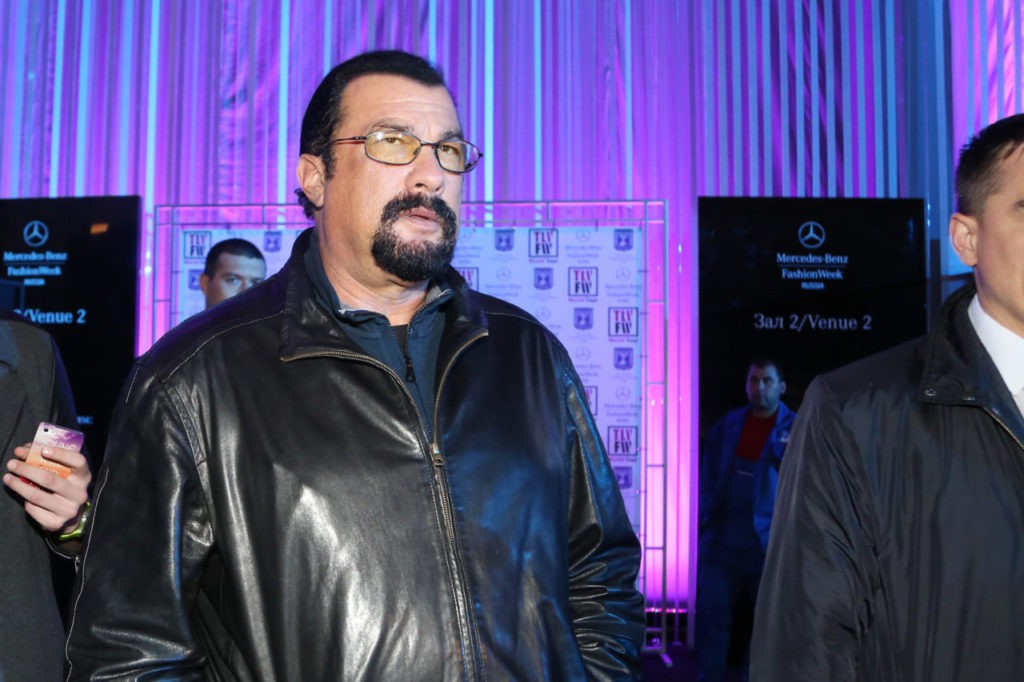 Seagal quickly turned the conversation to a particular incident with a female reporter where he says she allegedly “pretended like she was in love” with the actor, before writing what he claimed was an untruthful piece about him.

“You sit down with this sweet little nice girl and she seems to adore you and all this and that, and you’re a perfect gentleman, and you know, unbelievable,” Seagal continued.

“The way you combat is by let’s not ever do an interview again to show these c**ksuckers,” Seagal said.

The audio footage of Seagal comes as he is accused of sexually harassing actresses, often allegedly answering the door to his home in a bathrobe when actresses would arrive to audition for him. Women who have accused Seagal of sexually harassing them include, Rae Dawn Chong, Jenny McCarthy, Blair Robinson, and Katherine Heigl.

Seagal’s audio footage is the latest scandal to rock Hollywood, just as millionaire movie mogul and Miramax co-founder Harvey Weinstein continues to face accusations from dozens of actresses and models of sexual harassment and sexual assault, as Breitbart News reports.