Brett Ratner, a name director and the powerful co-founder and CEO of RatPac Entertainment  — one of the companies behind the already-embattled Justice League — stands accused by six women of allegations that range from sexual harassment to flat-out assault. Through his attorney, Ratner denies every allegation.

Natasha Henstridge, who arrived on the scene in 1995 with Species, claims that when she was a 19 year-old model, Ratner physically “strong-armed” her into performing oral sex on him.

At the time, Ratner was a twenty-something New York-based video music director. Henstridge told the Los Angeles Times she woke up alone after a gathering at Ratner’s apartment. When she got up to go “he blocked the doorway with his body and wouldn’t budge. He began touching himself[.]”

“He strong-armed me in a real way. He physically forced himself on me,” she added. “At some point, I gave in and he did his thing.” 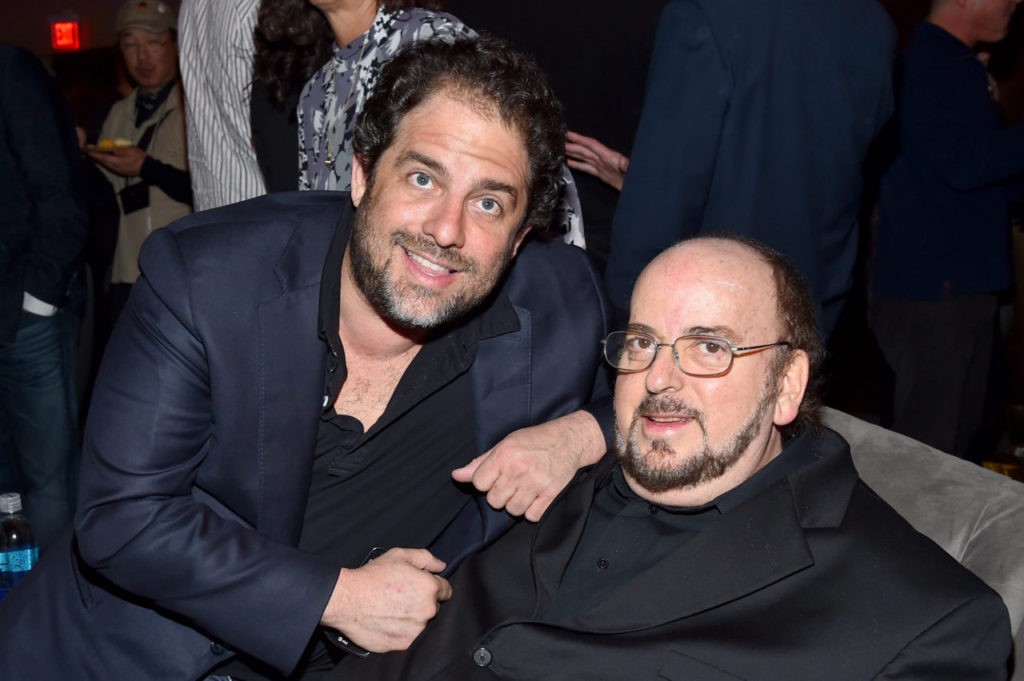 Director Brett Ratner and Executive Producer James Toback attend the after party for “The Gambler” during the AFI FEST 2014 presented by Audi at Dolby Theatre on November 10, 2014 in Hollywood, California. (Alberto E. Rodriguez/Getty Images for AFI) 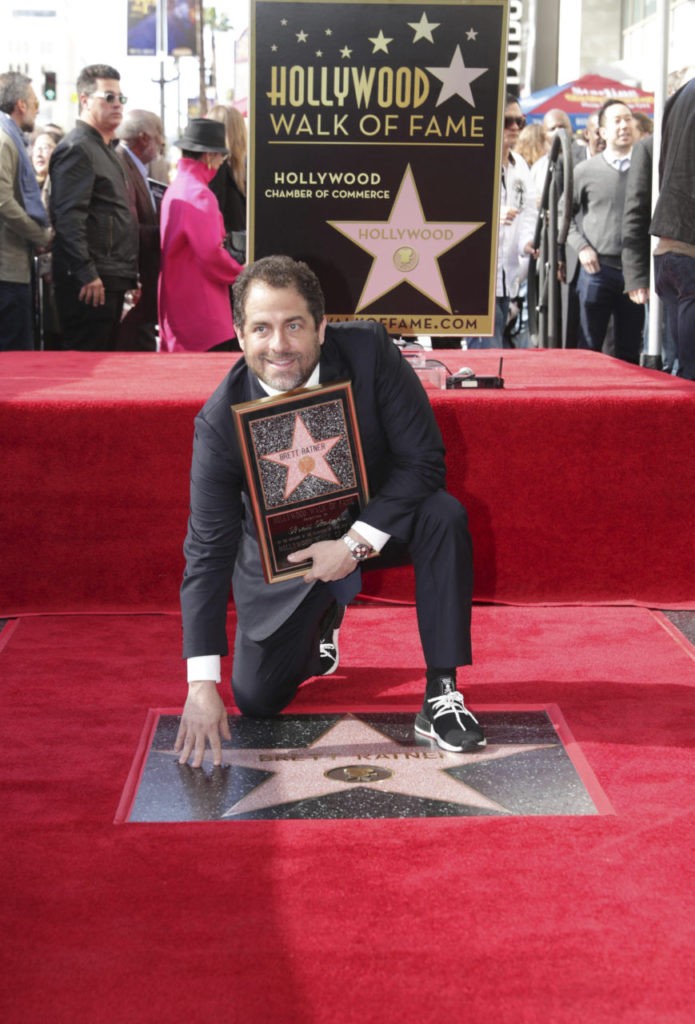 Brett Ratner seen at ceremony honoring him with a star on the Hollywood Walk of Fame on Thursday, Jan. 19, 2017, in Los Angeles. (Eric Charbonneau/Invision for Warner Bros./AP Images)

Actress Jamie Ray Newman alleges that during a flight with Ratner, he was “loudly describing sex acts he wanted to perform on her in explicit detail. He also showed her nude photos of his then-girlfriend[.]”

Actress Katharine Towne, daughter of Chinatown screenwriter Robert Towne, details an alleged encounter where Ratner came on to her in an “extreme” way. “I think it’s pretty aggressive to go in the bathroom with someone you don’t know and close the door,” Towne told the Times. 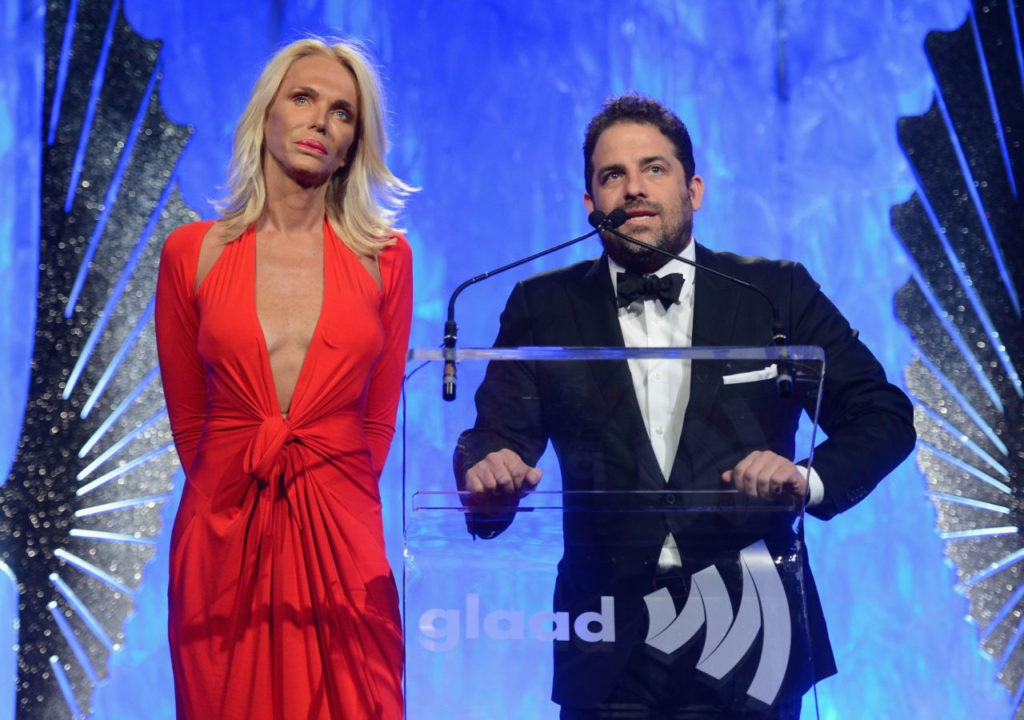 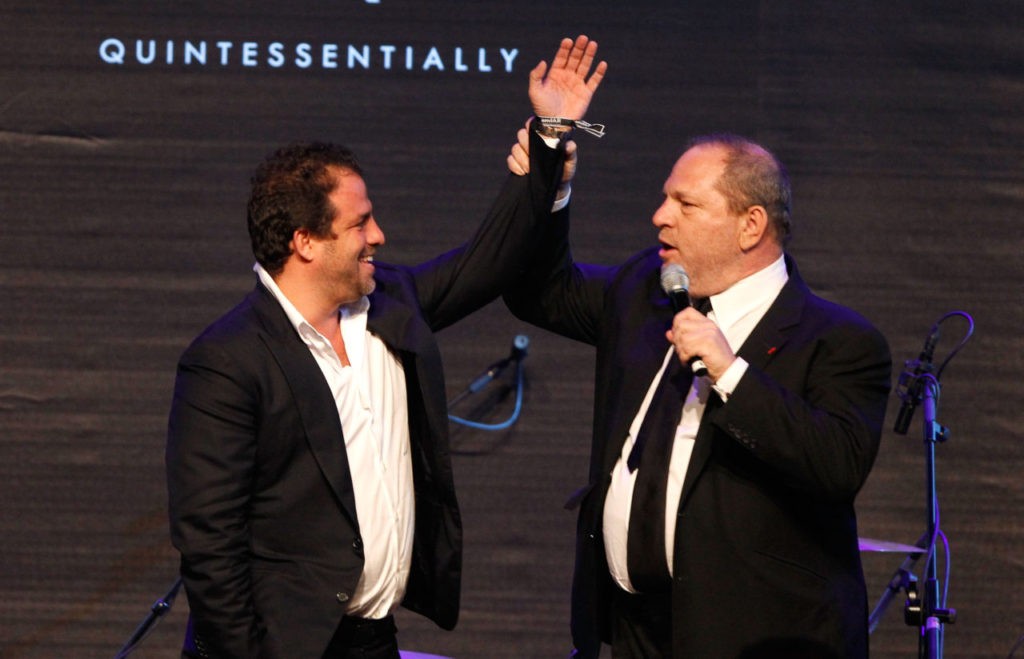 Actress Eri Sasaki alleges unwanted touching and a sexual advance on the set of Rush Hour 2. On that same shoot, background actress Jorina King claims Ratner “asked her to come to his trailer and told her he needed to see her breasts[.]” She then hid in a restroom.

While Ratner emphatically denies these accusations, the Los Angeles Times also spoke to numerous people who claim the 48 year-old director’s accusers told them of Ratner’s alleged behavior at the time it occurred.

Although he is nowhere near the household name Harvey Weinstein is, through RatPac Entertainment, Ratner has become every bit as powerful as  Weinstein once was. On top of Justice League, RatPac has produced or co-produced It, Wonder Woman, Dunkirk, Kong: Skull Island, Creed, and Steven Spielberg’s upcoming Ready Player One.

Ratner is also a close friend of admitted child rapist Roman Polanski and director James Toback, who stands accused of sexual misconduct by some 300 women.

For its part, Warner Bros., the studio behind Justice League where Ratner has a first-look deal, says it is “reviewing the situation.”