Actress Sandra Bullock is slated to star as Wendy Davis in the film Let Her Speak, about the former Texas state senator who became a rock star among abortion advocates when she filibustered a bill that would ban abortions past 20 weeks of pregnancy.

The role seems right up Bullock’s alley and could be another awards play for the star who won her first Oscar for playing Leigh Anne Tuohy in the real-life story “The Blind Side.” She just wrapped production on Warner Bros.’ “Ocean’s Eleven” spinoff, “Ocean’s Eight,” and is about start filming on the Netflix movie “Bird Box.”

Davis became a darling of the left-wing media in 2013 when, as a state senator, she filibustered a bill that would ban late-term abortions for 11 hours after donning pink sneakers and a urinary catheter – a feat that earned her the nickname “Abortion Barbie.” Her filibuster took the state Senate into recess, but then-Texas Gov. Rick Perry called a special legislative session to complete passage of the bill. 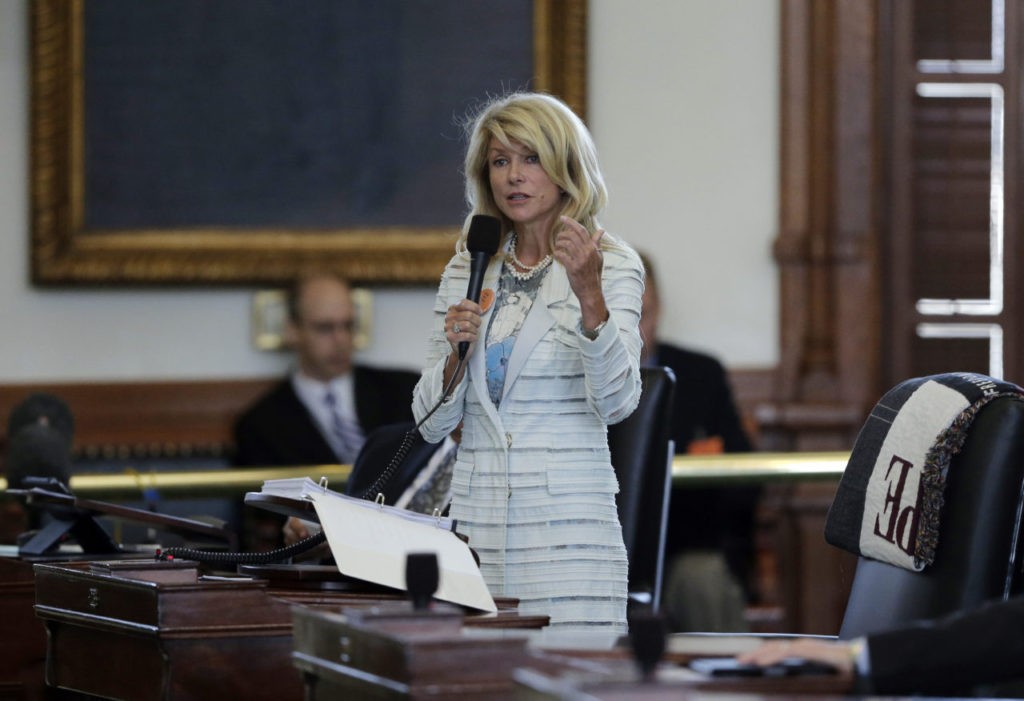 Sen. Wendy Davis, D-Fort Worth, filibusters in an effort to kill an abortion bill, Tuesday, June 25, 2013, in Austin, Texas. The bill would ban abortion after 20 weeks of pregnancy and force many clinics that perform the procedure to upgrade their facilities and be classified as ambulatory surgical centers. (AP Photo/Eric Gay)

After her moment of fame, Davis ran for governor, but was never a true contender and ultimately lost her bid by 20 percentage points to current Texas Gov. Greg Abbott (R). During the campaign, the news was filled with what eventually came to be recognized as her fictional accounts of her life and her flip-flopping on key issues – even abortion. 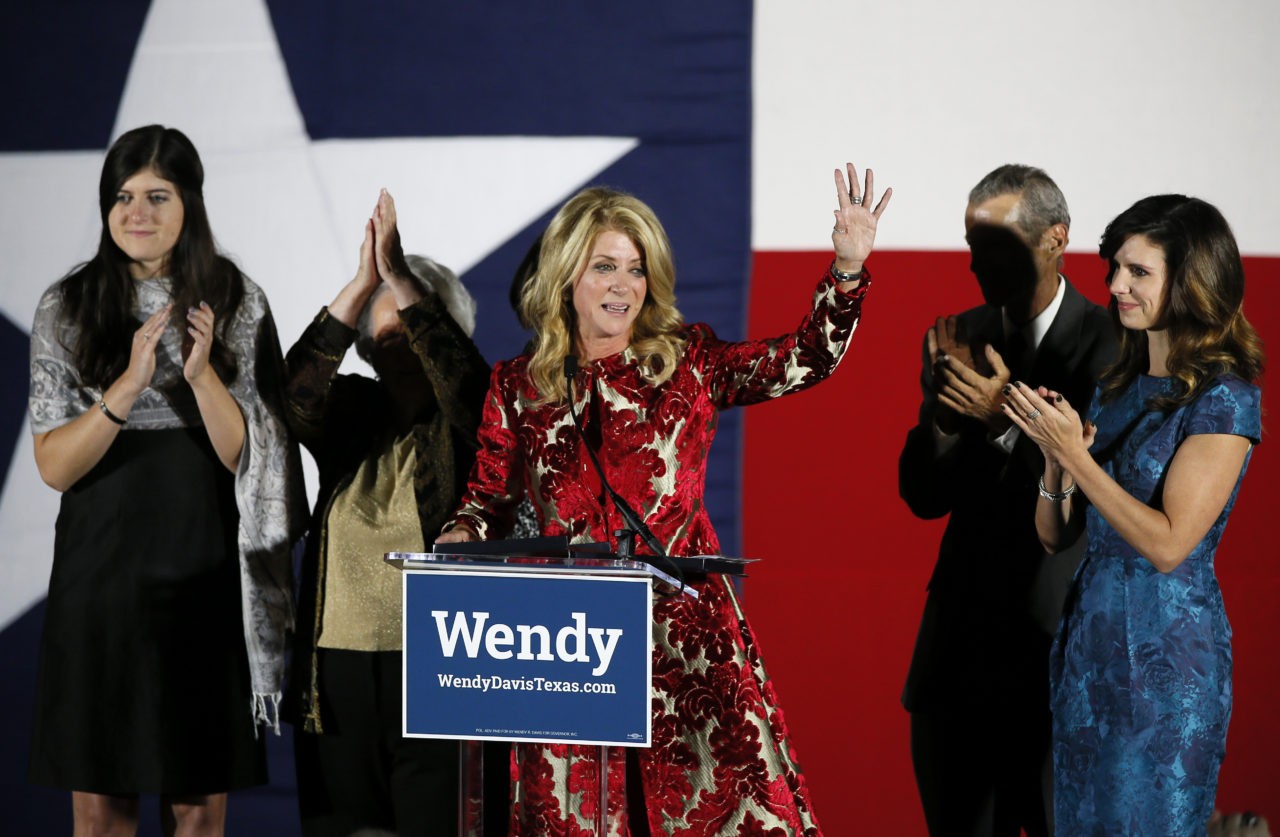 Texas Democratic gubernatorial candidate Wendy Davis waves to supporters after making her concession speech, in Fort Worth, Texas. Davis’ family, from left, daughter Dru, mother Ginger Russell, brother Joey Russell and daughter Amber, right, watch during the speech. Exit polls show that Davis did no better with women than her Democratic predecessor in 2010 despite being one of highest profile female candidates in the U.S. and making issues like equal pay and reproductive rights cornerstones of her campaign. (AP Photo/Tony Gutierrez, File)

In January of 2014, Davis admitted she lied about important life events, including her divorce, and, one year later, also admitted she was faking her support for gun rights to obtain votes in her gubernatorial bid.

In 2005, Davis gave up custody of both her child with her second husband, Jeffry Davis, but also her older child from her first marriage to Frank Underwood.

“It’s not a good time for me right now,” Davis reportedly said at the time to Jeffry Davis.

Dallas Morning News reported in January 2014 that Davis left Jeffry the day after he finished paying for her education.

“I made the last payment, and it was the next day she left,” he said.

Davis never denied the claim, though suggested the couple had been having problems for awhile.

“The idea that suddenly there was this instantaneous departure after Jeff had partnered so beautifully with me in putting me through school is just absurd,” she said.

In February 2014 – just half a year after her famous filibuster – Davis told the Dallas Morning News she now supported bans on abortion after 20 weeks. The news was not a complete shock, since several months earlier Davis had also described herself as “pro-life.”

In May 2015, Davis was asked at a Planned Parenthood fundraiser why it was acceptable to abort a seven-pound baby.

“And, the only time that late term abortions occur is when something has gone horribly wrong and either the mother’s life is in danger or the child’s life is in a very precarious situation,” she added. “What we can’t ever know is what people are dealing with when they make those personal choices. And, it’s not right for us to step into their shoes, is what I tell people.”