First Lady Melania Trump celebrated New Year’s Eve Sunday night alongside President Trump and their son, Barron, in a glittering party dress inspired by the Reagan era of the 1980s.

Melania arrived at the Trump administration’s Mar-a-Lago New Year’s Eve party as the glitter queen of the night, wearing a full-sequined t-length pink Erdem “Emery” party dress with voluminous sleeves and a mock neckline. The dress from the British label is currently sold out at Neiman Marcus.

In head-to-toe sequins, Melania shined next to her two dates, President Donald Trump and Barron Trump, who both donned classic tuxedos.

From the puff sleeves to the floral embellishments, Melania’s ensemble has a prosperous 1980s vibe with which fashion designers are currently obsessed. 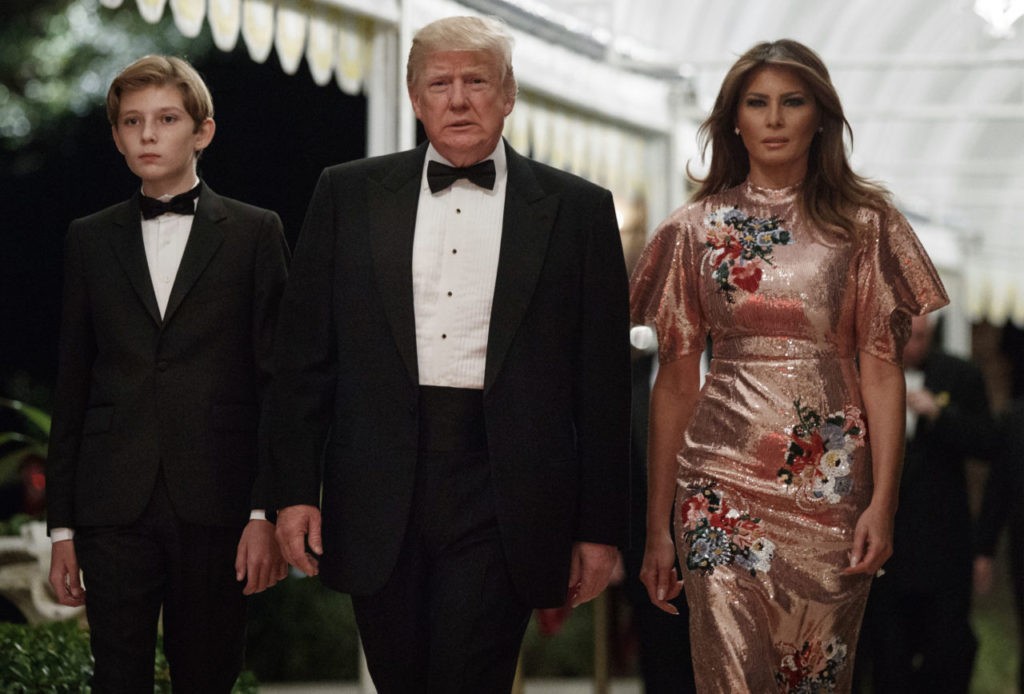 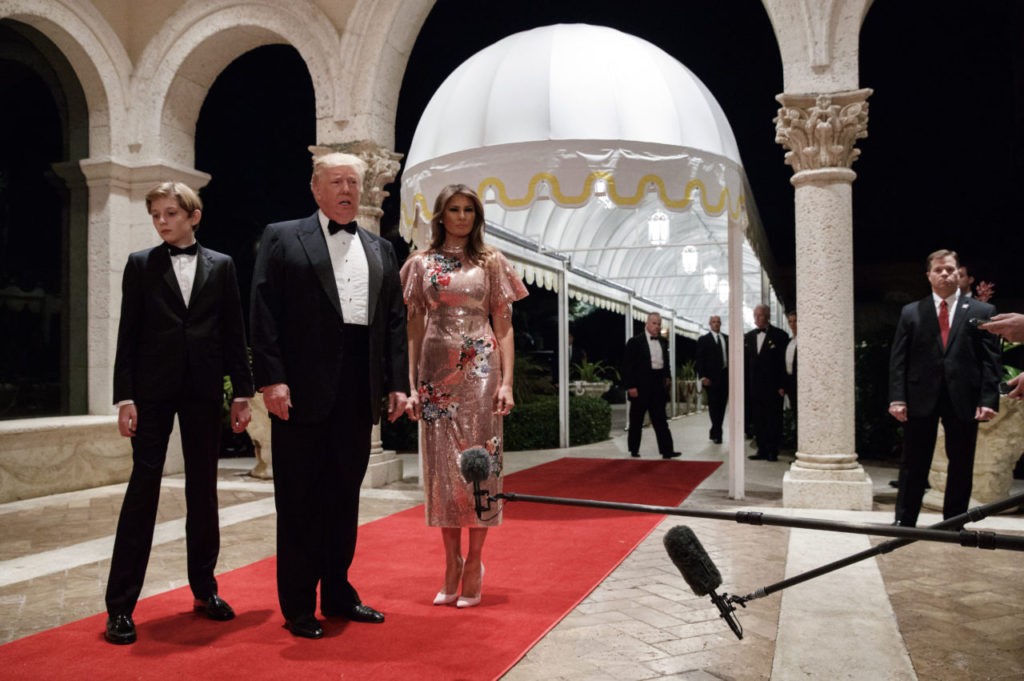 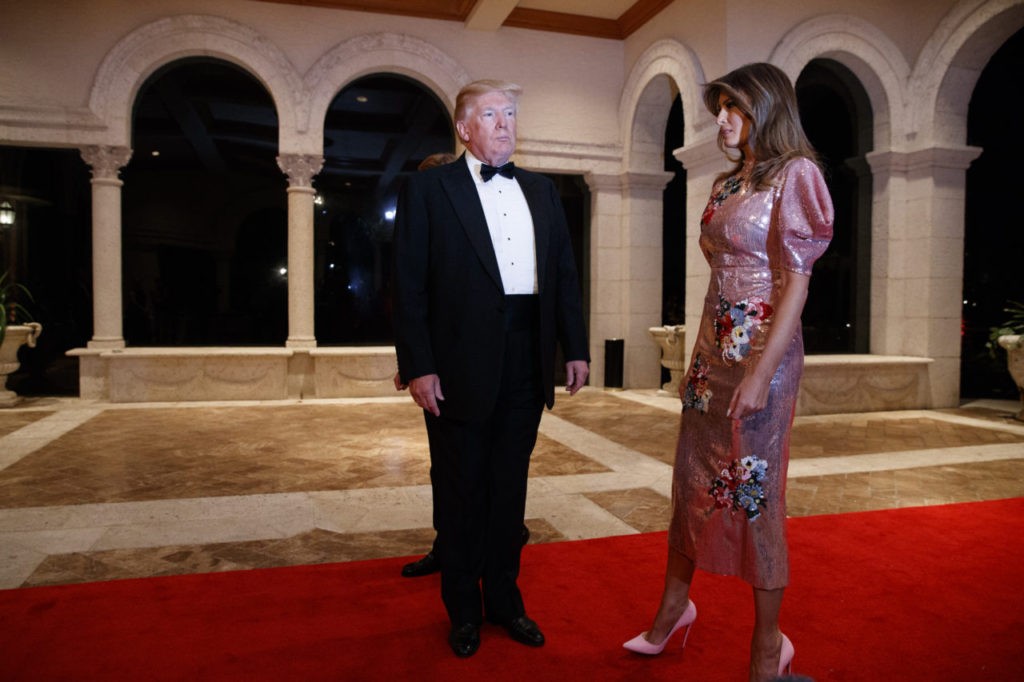 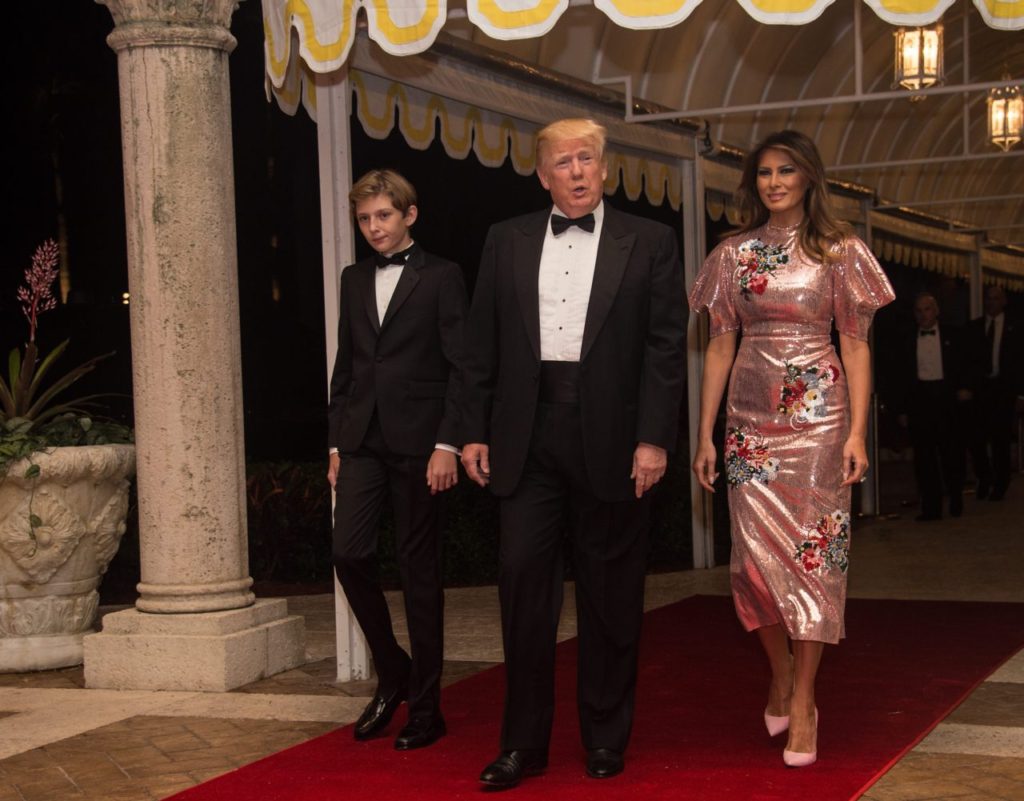 Trump’s daughter, Ivanka, and her husband Jared Kushner arrived at the red carpet affair with their children in tow. Ivanka picked a rather risqué David Koma-designed dress for a White House adviser.

As if the side cut-outs were not revealing enough, the giant slit up the front of the dress and barely-there stilettos would be fabulous on any Hollywood gal stumbling out of a club, but this gal is the daughter to the president.

“Kim Kardashian Goes to the White House” is not an ideal look for a White House trying to trim its reality television roots. 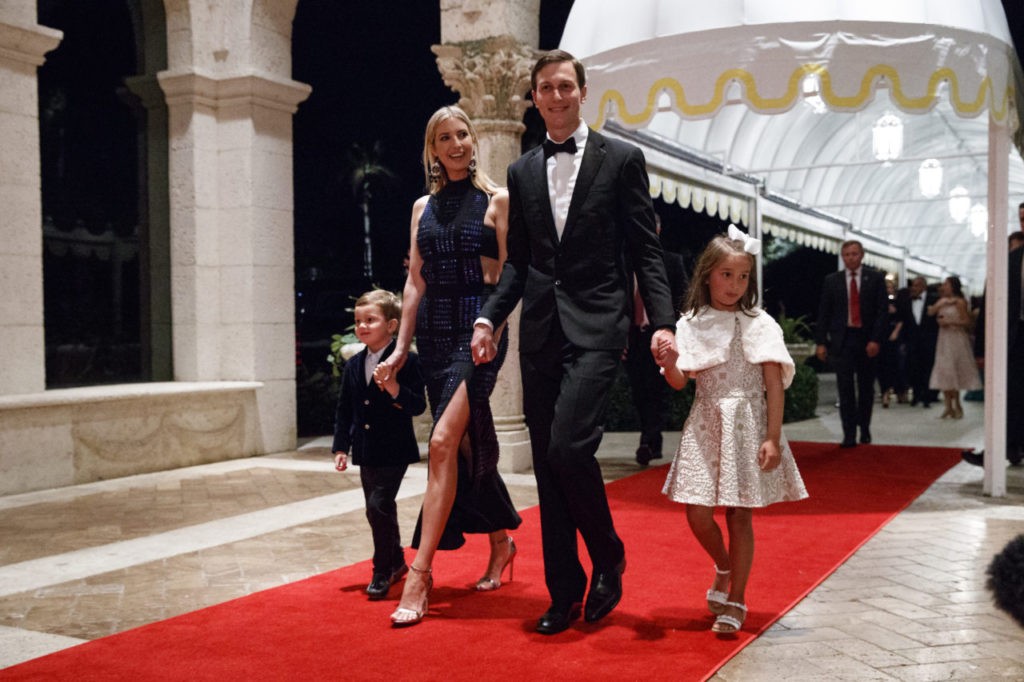 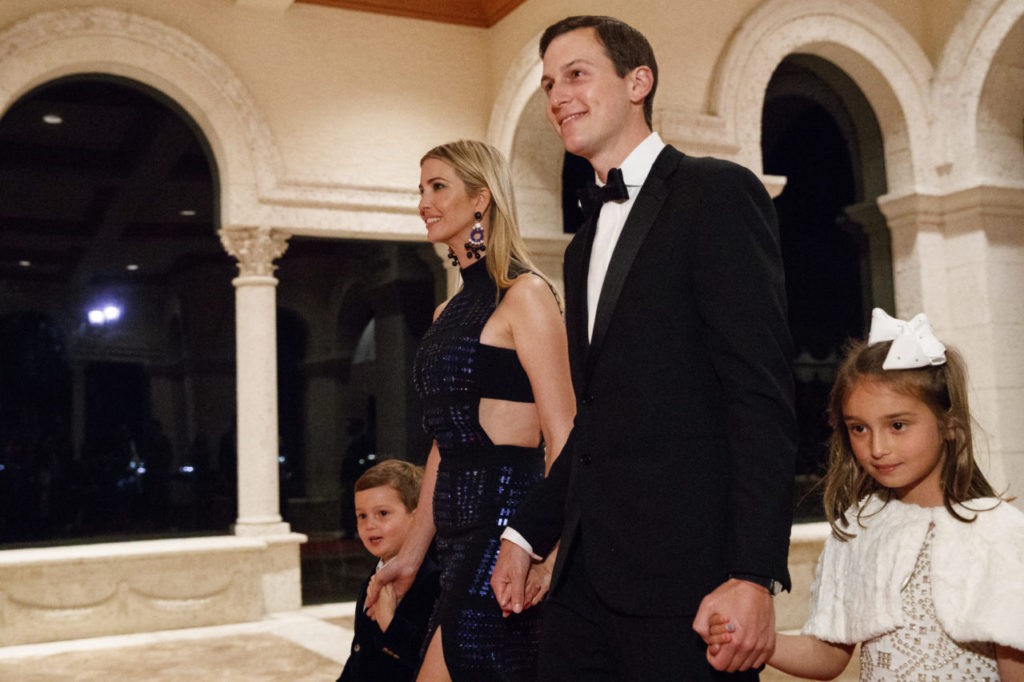 Meanwhile, Eric and Lara Trump were all class as they arrived in black-tie attire. Eric in a classic men’s tuxedo and Lara in a sexy, yet subtle black Elvis-like jumpsuit with bell bottom pant legs and pointed stilettos.

Treasury Secretary Steve Mnuchin and his wife, Scottish actress Louise Linton, were a mess in white. Steve looked more like a high-class waiter than an adviser to the president.

Louise wore an incredibly ill-fitting white dress (Yikes!). Though her blonde hair was divine in an updo, her fur shrug was not enough to save this generally bad ensemble. 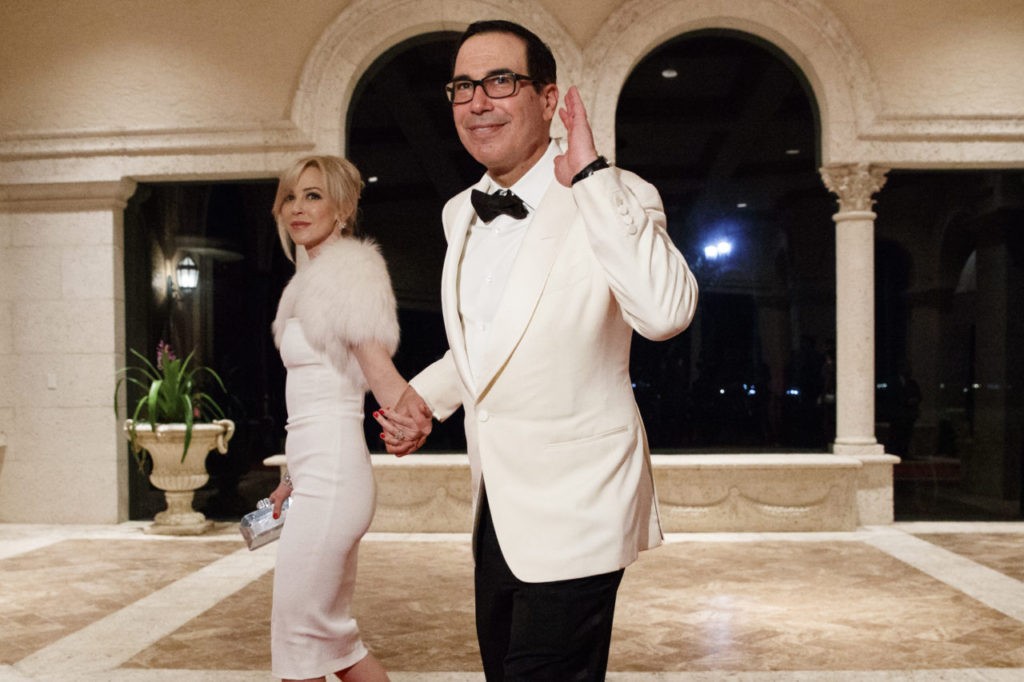